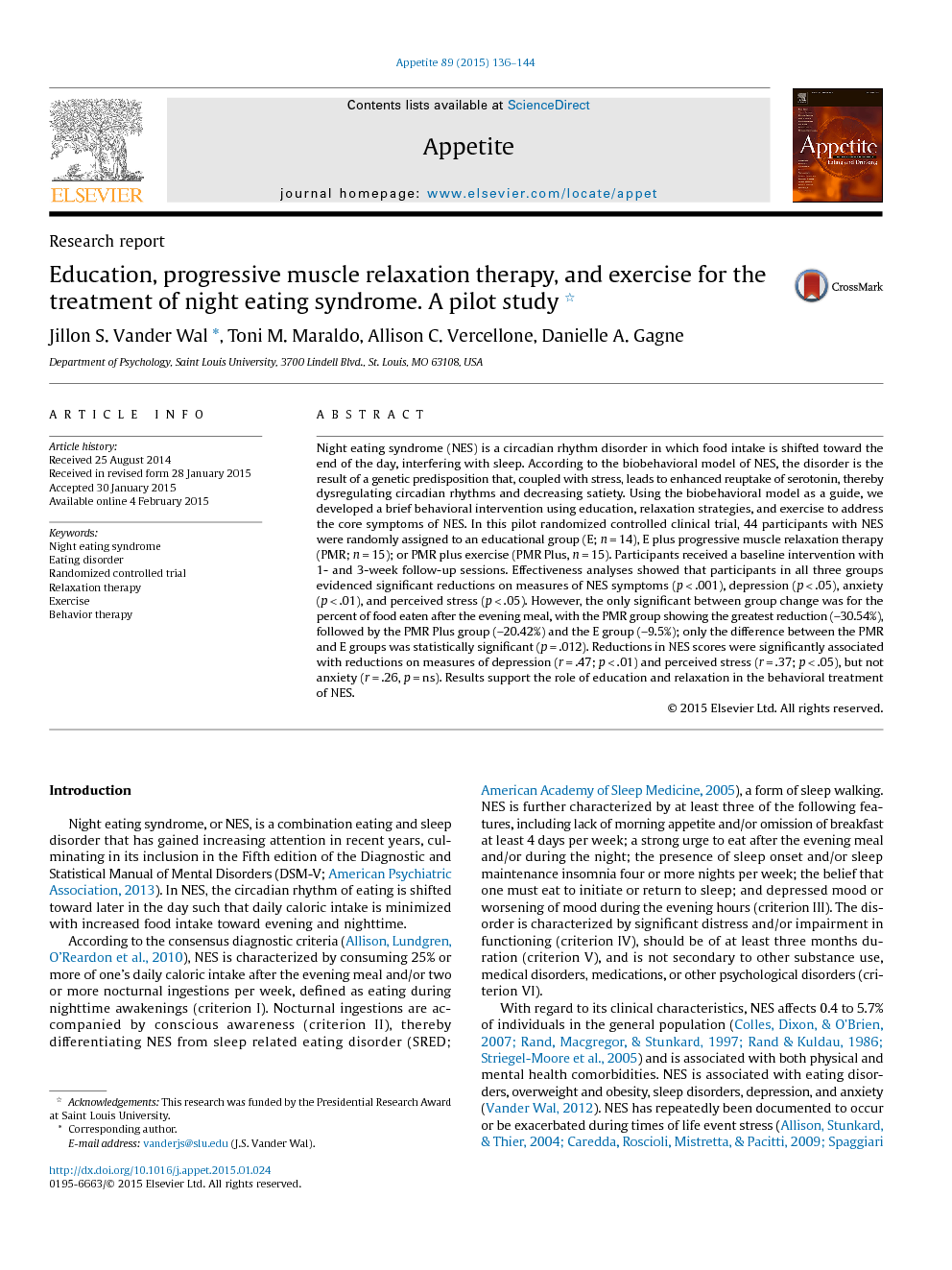 Night eating syndrome (NES) is a circadian rhythm disorder in which food intake is shifted toward the end of the day, interfering with sleep. According to the biobehavioral model of NES, the disorder is the result of a genetic predisposition that, coupled with stress, leads to enhanced reuptake of serotonin, thereby dysregulating circadian rhythms and decreasing satiety. Using the biobehavioral model as a guide, we developed a brief behavioral intervention using education, relaxation strategies, and exercise to address the core symptoms of NES. In this pilot randomized controlled clinical trial, 44 participants with NES were randomly assigned to an educational group (E; n = 14), E plus progressive muscle relaxation therapy (PMR; n = 15); or PMR plus exercise (PMR Plus, n = 15). Participants received a baseline intervention with 1- and 3-week follow-up sessions. Effectiveness analyses showed that participants in all three groups evidenced significant reductions on measures of NES symptoms (p < .001), depression (p < .05), anxiety (p < .01), and perceived stress (p < .05). However, the only significant between group change was for the percent of food eaten after the evening meal, with the PMR group showing the greatest reduction (−30.54%), followed by the PMR Plus group (−20.42%) and the E group (−9.5%); only the difference between the PMR and E groups was statistically significant (p = .012). Reductions in NES scores were significantly associated with reductions on measures of depression (r = .47; p < .01) and perceived stress (r = .37; p < .05), but not anxiety (r = .26, p = ns). Results support the role of education and relaxation in the behavioral treatment of NES.