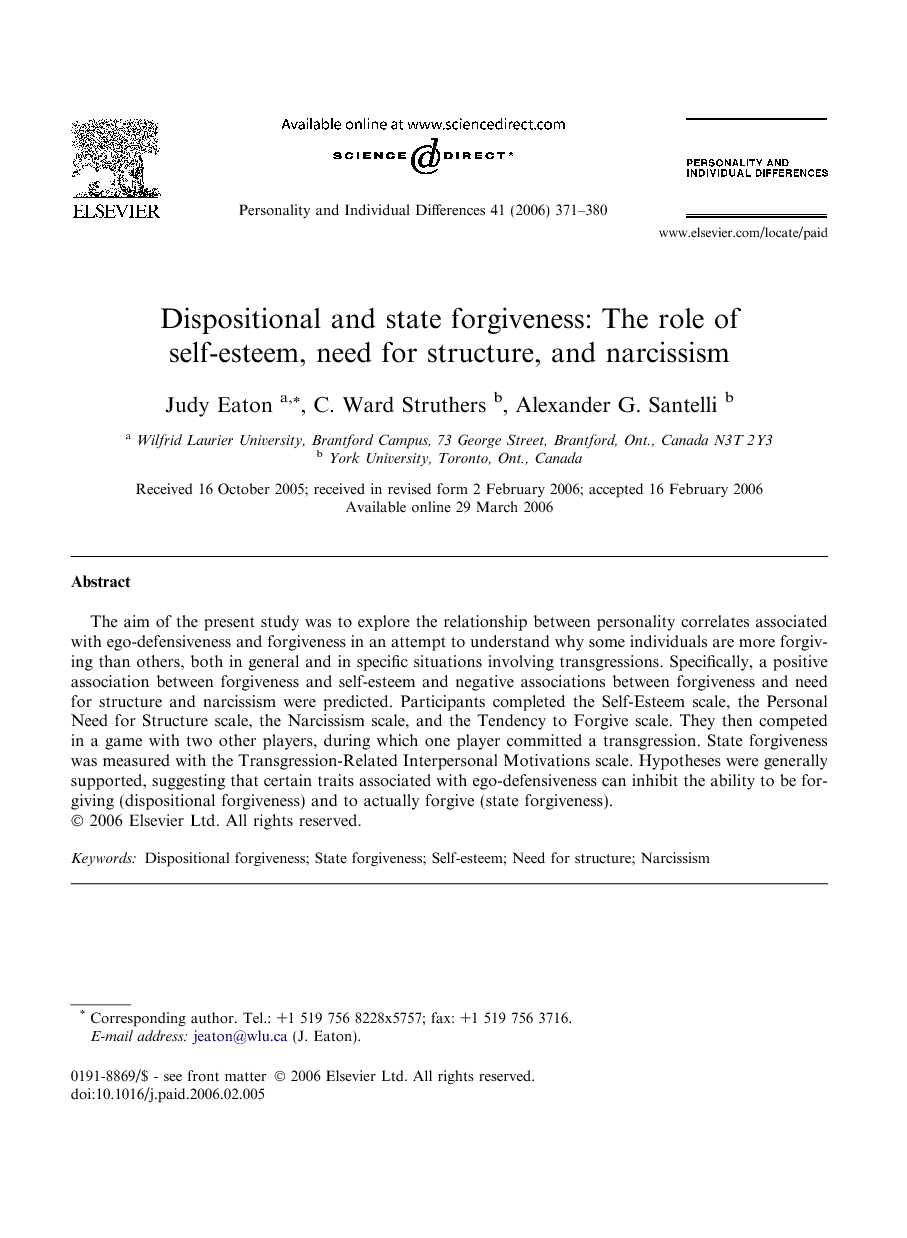 The aim of the present study was to explore the relationship between personality correlates associated with ego-defensiveness and forgiveness in an attempt to understand why some individuals are more forgiving than others, both in general and in specific situations involving transgressions. Specifically, a positive association between forgiveness and self-esteem and negative associations between forgiveness and need for structure and narcissism were predicted. Participants completed the Self-Esteem scale, the Personal Need for Structure scale, the Narcissism scale, and the Tendency to Forgive scale. They then competed in a game with two other players, during which one player committed a transgression. State forgiveness was measured with the Transgression-Related Interpersonal Motivations scale. Hypotheses were generally supported, suggesting that certain traits associated with ego-defensiveness can inhibit the ability to be forgiving (dispositional forgiveness) and to actually forgive (state forgiveness).