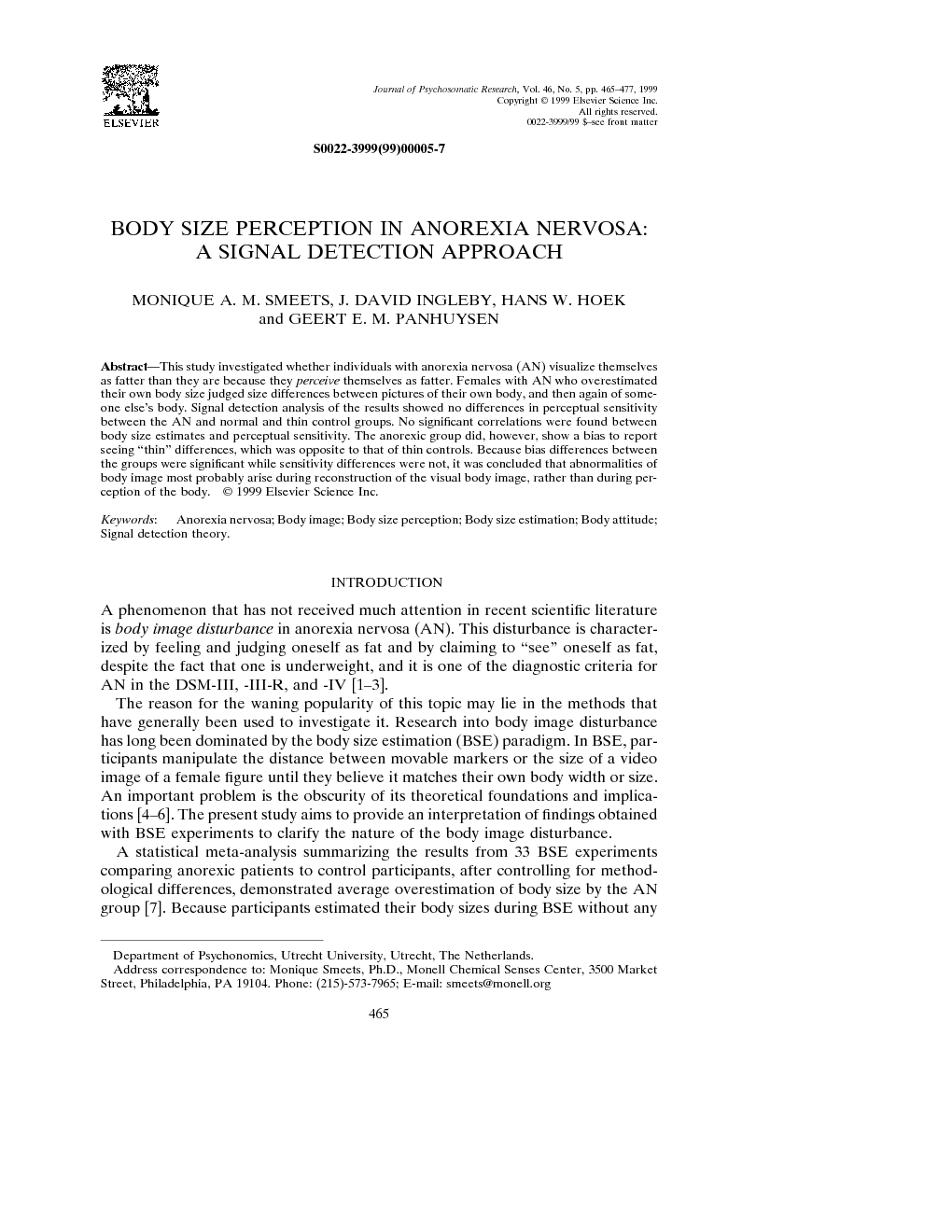 This study investigated whether individuals with anorexia nervosa (AN) visualize themselves as fatter than they are because they perceive themselves as fatter. Females with AN who overestimated their own body size judged size differences between pictures of their own body, and then again of someone else’s body. Signal detection analysis of the results showed no differences in perceptual sensitivity between the AN and normal and thin control groups. No significant correlations were found between body size estimates and perceptual sensitivity. The anorexic group did, however, show a bias to report seeing “thin” differences, which was opposite to that of thin controls. Because bias differences between the groups were significant while sensitivity differences were not, it was concluded that abnormalities of body image most probably arise during reconstruction of the visual body image, rather than during perception of the body.