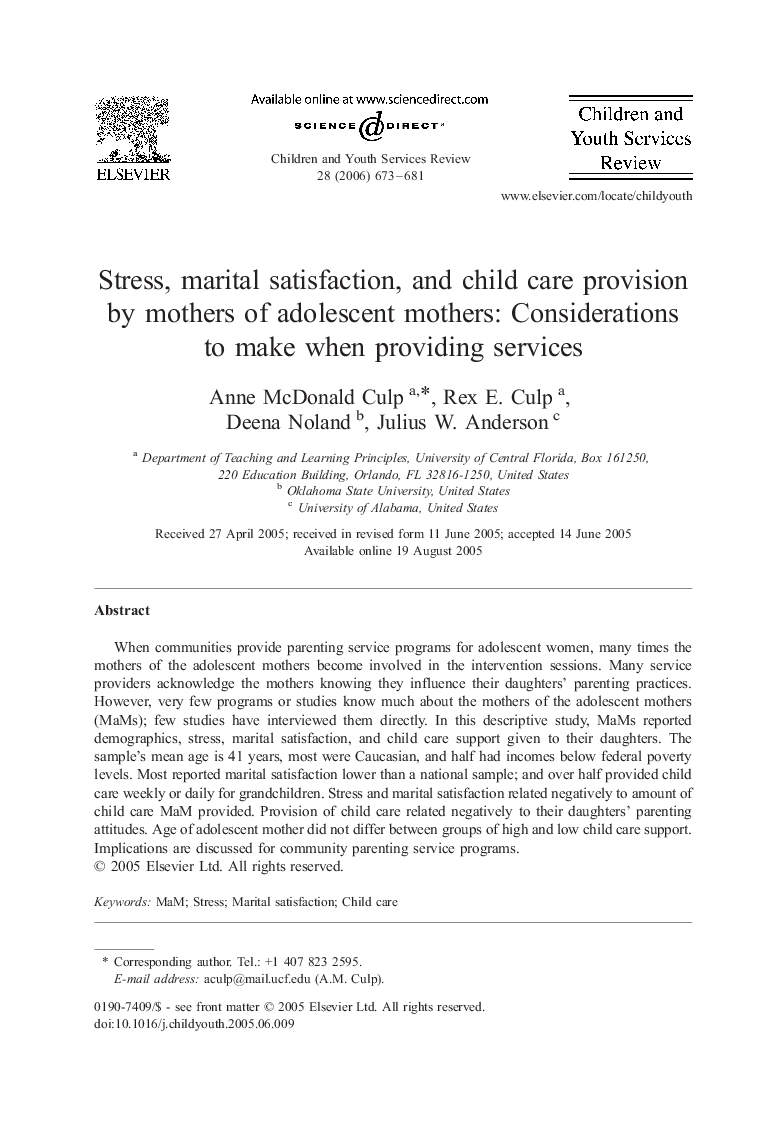 When communities provide parenting service programs for adolescent women, many times the mothers of the adolescent mothers become involved in the intervention sessions. Many service providers acknowledge the mothers knowing they influence their daughters' parenting practices. However, very few programs or studies know much about the mothers of the adolescent mothers (MaMs); few studies have interviewed them directly. In this descriptive study, MaMs reported demographics, stress, marital satisfaction, and child care support given to their daughters. The sample's mean age is 41 years, most were Caucasian, and half had incomes below federal poverty levels. Most reported marital satisfaction lower than a national sample; and over half provided child care weekly or daily for grandchildren. Stress and marital satisfaction related negatively to amount of child care MaM provided. Provision of child care related negatively to their daughters' parenting attitudes. Age of adolescent mother did not differ between groups of high and low child care support. Implications are discussed for community parenting service programs.