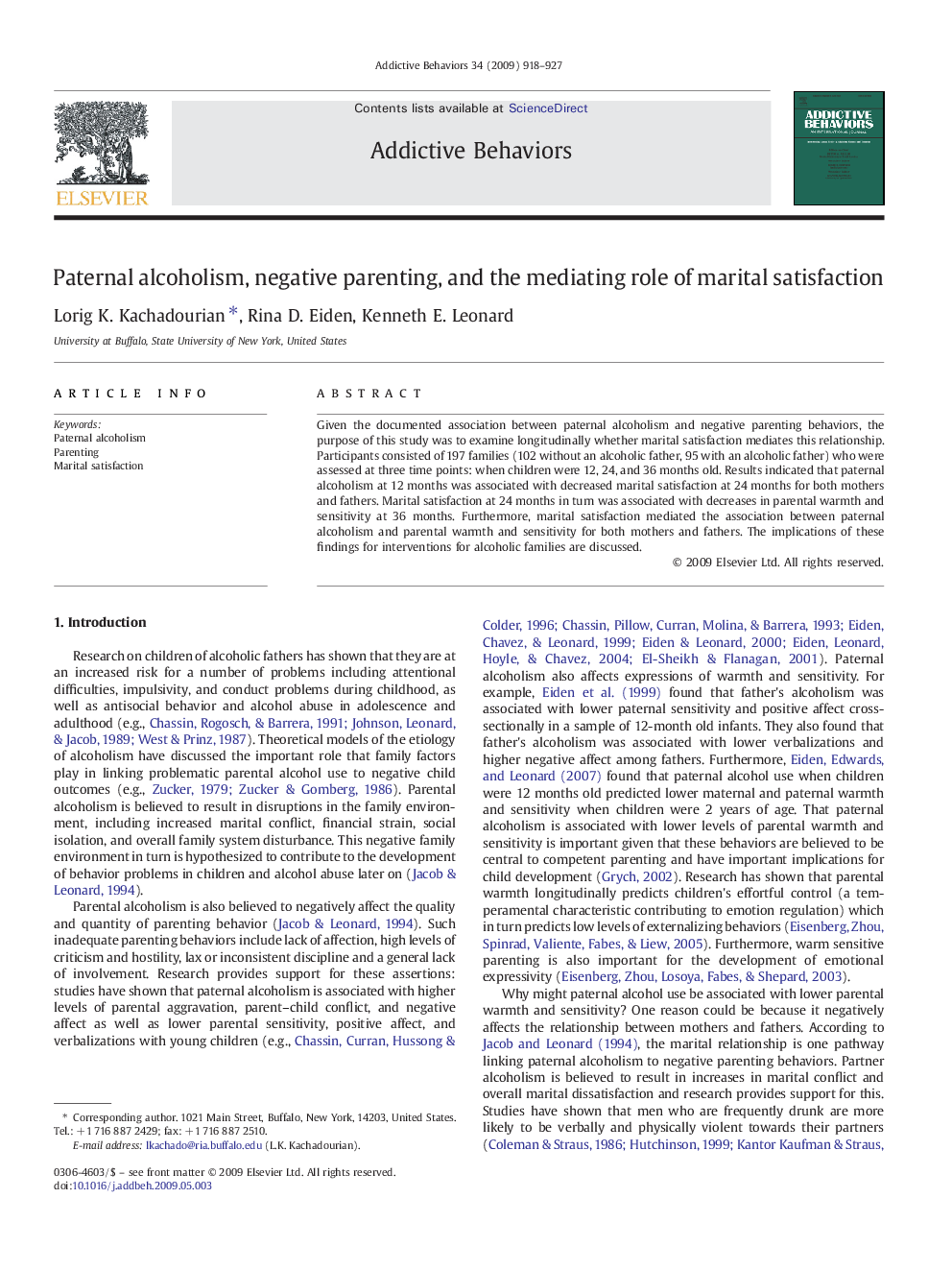 Given the documented association between paternal alcoholism and negative parenting behaviors, the purpose of this study was to examine longitudinally whether marital satisfaction mediates this relationship. Participants consisted of 197 families (102 without an alcoholic father, 95 with an alcoholic father) who were assessed at three time points: when children were 12, 24, and 36 months old. Results indicated that paternal alcoholism at 12 months was associated with decreased marital satisfaction at 24 months for both mothers and fathers. Marital satisfaction at 24 months in turn was associated with decreases in parental warmth and sensitivity at 36 months. Furthermore, marital satisfaction mediated the association between paternal alcoholism and parental warmth and sensitivity for both mothers and fathers. The implications of these findings for interventions for alcoholic families are discussed.