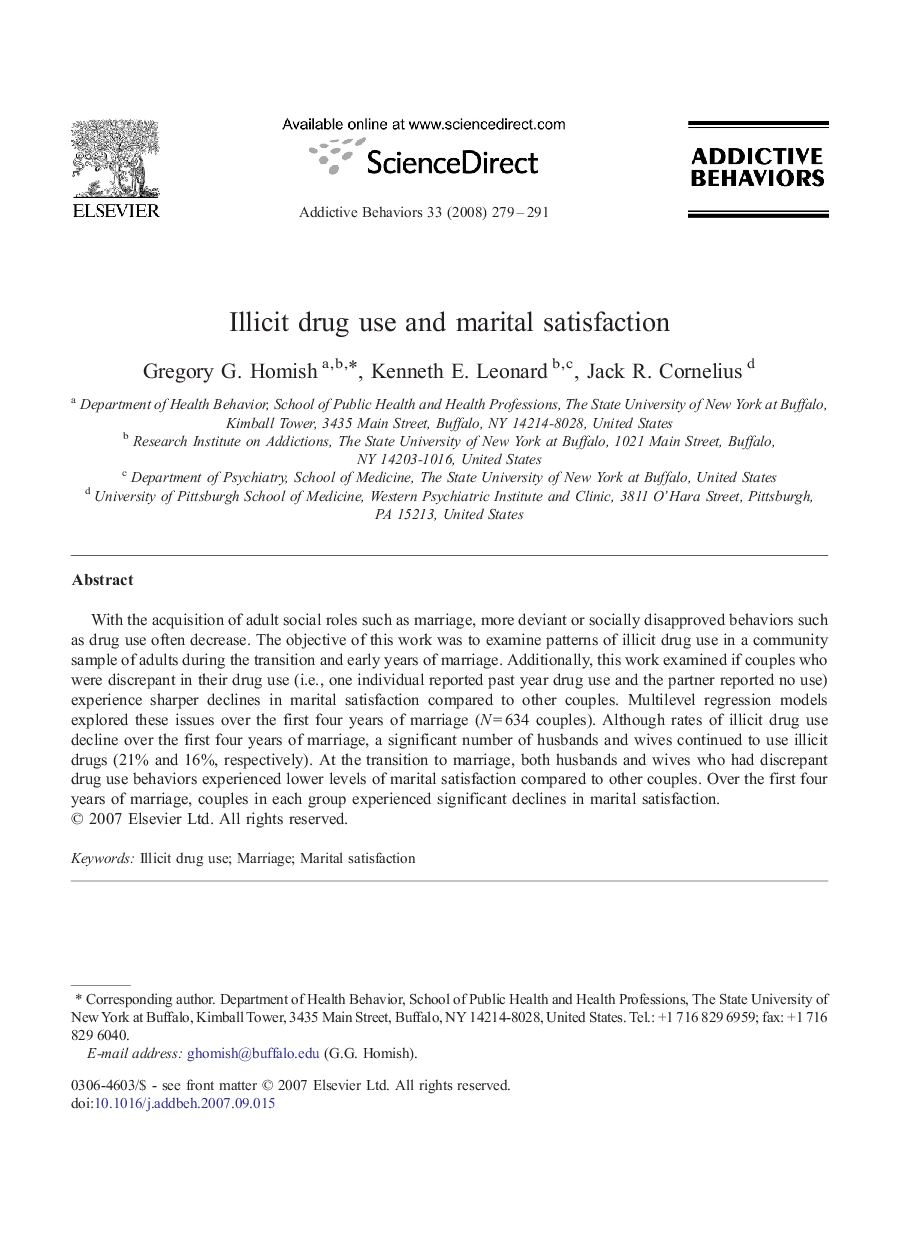 With the acquisition of adult social roles such as marriage, more deviant or socially disapproved behaviors such as drug use often decrease. The objective of this work was to examine patterns of illicit drug use in a community sample of adults during the transition and early years of marriage. Additionally, this work examined if couples who were discrepant in their drug use (i.e., one individual reported past year drug use and the partner reported no use) experience sharper declines in marital satisfaction compared to other couples. Multilevel regression models explored these issues over the first four years of marriage (N = 634 couples). Although rates of illicit drug use decline over the first four years of marriage, a significant number of husbands and wives continued to use illicit drugs (21% and 16%, respectively). At the transition to marriage, both husbands and wives who had discrepant drug use behaviors experienced lower levels of marital satisfaction compared to other couples. Over the first four years of marriage, couples in each group experienced significant declines in marital satisfaction.