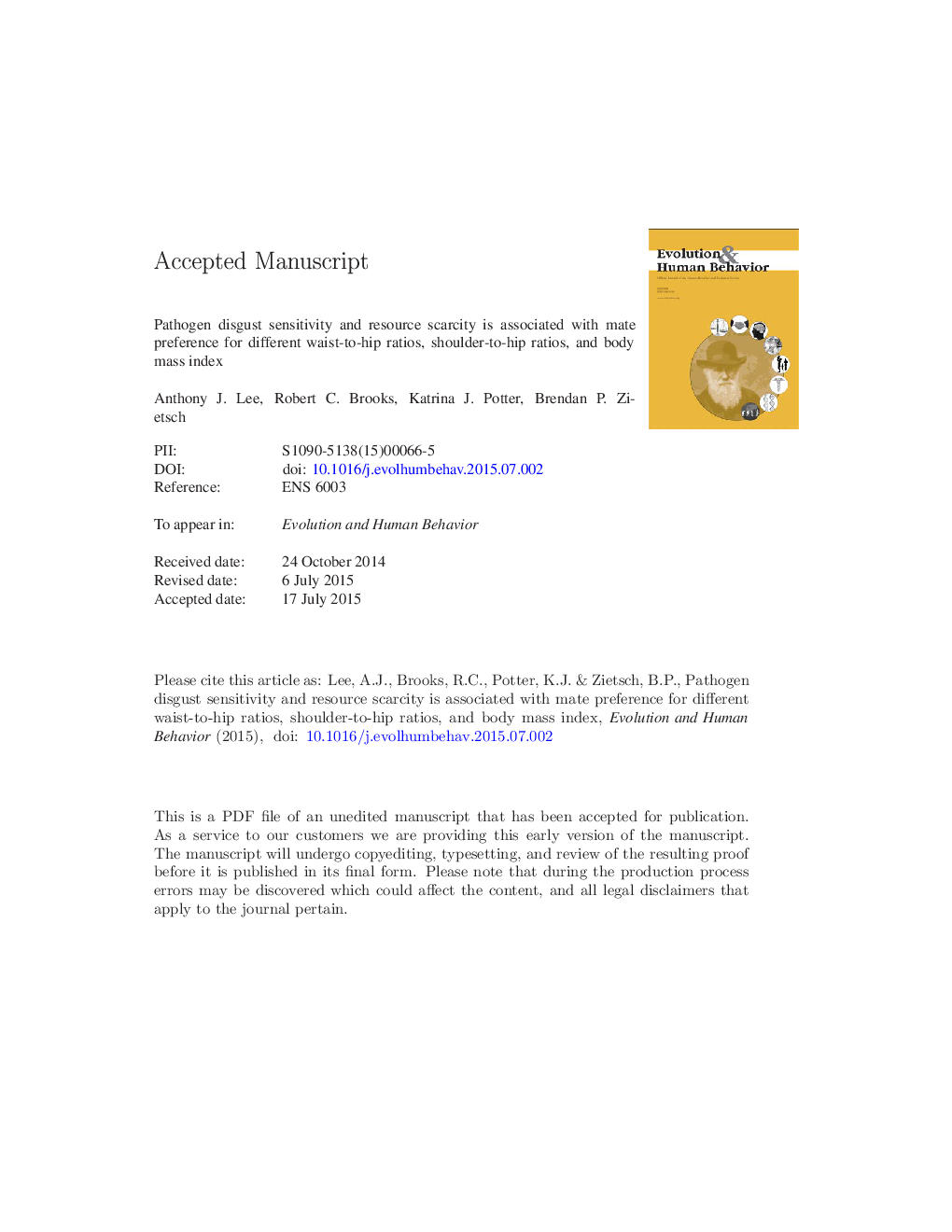 Mate choice is one of the most important predictors of evolutionary fitness (i.e., an individual’s contribution to the gene pool in the following generations). However, not all potential partners confer the same benefits and costs, and the importance of these benefits and costs vary depending of the circumstance. Therefore, it is evolutionarily beneficial to have a mechanism where individuals can perceive environmental factors and adjust their mate preferences towards partners that would be the most beneficial given the circumstances. Environmental factors, such as pathogen prevalence and resource scarcity, have been proposed to influence mate preferences for a variety of traits that are thought to be associated with health or resource provisioning potential, including physical attractiveness (Gangestad & Buss, 1993; Lee et al., 2013; Young, Sacco, & Hugenberg, 2011) sexual dimorphism (i.e., the masculinity of men and the femininity of women; DeBruine, Jones, Crawford, Welling, & Little, 2010; Jones, Fincher, Little, & DeBruine, 2013; Little, Cohen, Jones, & Belsky, 2007; Little, DeBruine, & Jones, 2011), and good parental traits (Lee et al., 2013; Lee & Zietsch, 2011).

Our findings provide some support to the notion that body shape is used as a cue to health and/or likelihood of resource provision. We note that some associations must be interpreted cautiously; despite all associations being in predicted directions across both studies, the significance of some effects was not consistent over the two studies.