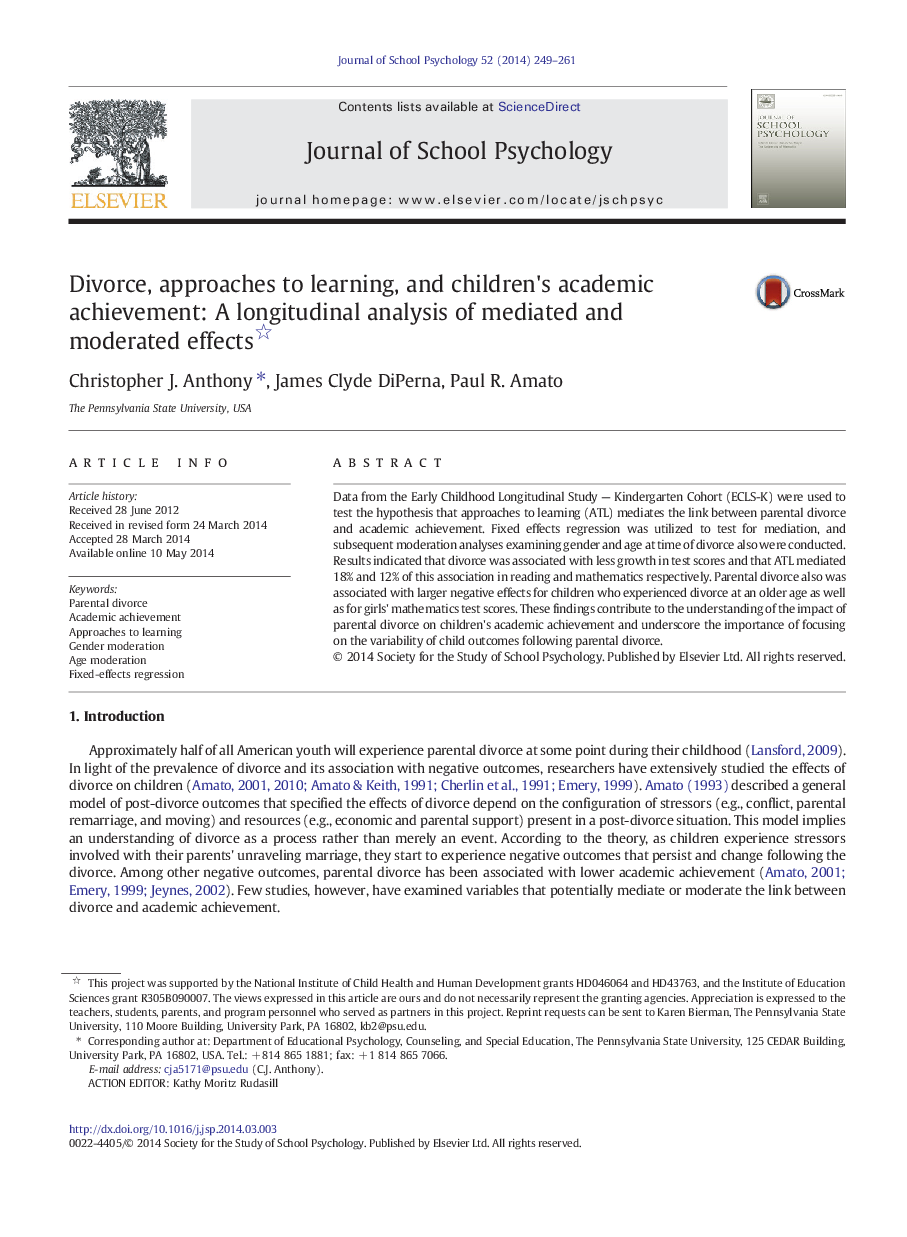 Abstract Data from the Early Childhood Longitudinal Study — Kindergarten Cohort (ECLS-K) were used to test the hypothesis that approaches to learning (ATL) mediates the link between parental divorce and academic achievement. Fixed effects regression was utilized to test for mediation, and subsequent moderation analyses examining gender and age at time of divorce also were conducted. Results indicated that divorce was associated with less growth in test scores and that ATL mediated 18% and 12% of this association in reading and mathematics respectively. Parental divorce also was associated with larger negative effects for children who experienced divorce at an older age as well as for girls' mathematics test scores. These findings contribute to the understanding of the impact of parental divorce on children's academic achievement and underscore the importance of focusing on the variability of child outcomes following parental divorce.