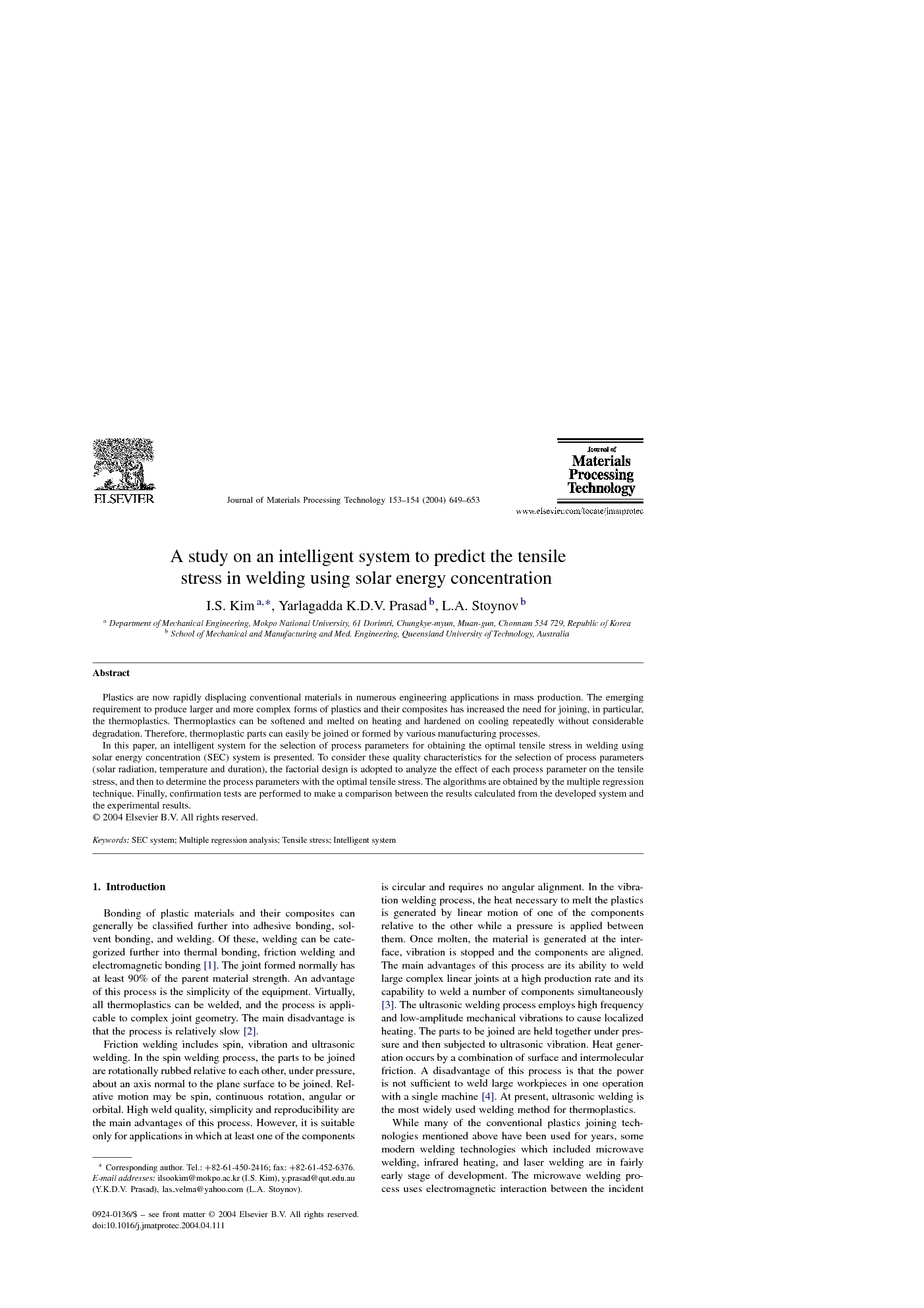 Plastics are now rapidly displacing conventional materials in numerous engineering applications in mass production. The emerging requirement to produce larger and more complex forms of plastics and their composites has increased the need for joining, in particular, the thermoplastics. Thermoplastics can be softened and melted on heating and hardened on cooling repeatedly without considerable degradation. Therefore, thermoplastic parts can easily be joined or formed by various manufacturing processes. In this paper, an intelligent system for the selection of process parameters for obtaining the optimal tensile stress in welding using solar energy concentration (SEC) system is presented. To consider these quality characteristics for the selection of process parameters (solar radiation, temperature and duration), the factorial design is adopted to analyze the effect of each process parameter on the tensile stress, and then to determine the process parameters with the optimal tensile stress. The algorithms are obtained by the multiple regression technique. Finally, confirmation tests are performed to make a comparison between the results calculated from the developed system and the experimental results.

For small-scale feasibility study and experimental demonstration using the developed system for materials processing, an SEC system can offer some advantages. It offers the cleanest method of heating, and there is no need to wait for heat build-up, i.e. if absorbed, it can produce virtually instant heat where needed. Both incident solar radiation and the concentrated solar flux are propagating through space without being absorbed by the air. An intelligent system to select process parameters on given tensile load for SEC system has been designed and developed. This system consists of menus, sliders and plotting features that enable the intuitive push-button interface and the informative animations to be created easily. The performance of the developed system has been tested experimentally for certain welding conditions for a particular tensile load for the SEC system. To improve the SEC facility, development of the related sensor and controller is already in progress. Future research in the field of materials processing by utilizing concentrated solar beam radiation could focus on improving the ability of transparent thermoplastics to absorb the photons from the visible spectral range, and joining of transparent and translucent or opaque to the visible solar photons thermoplastics based on the developed system.