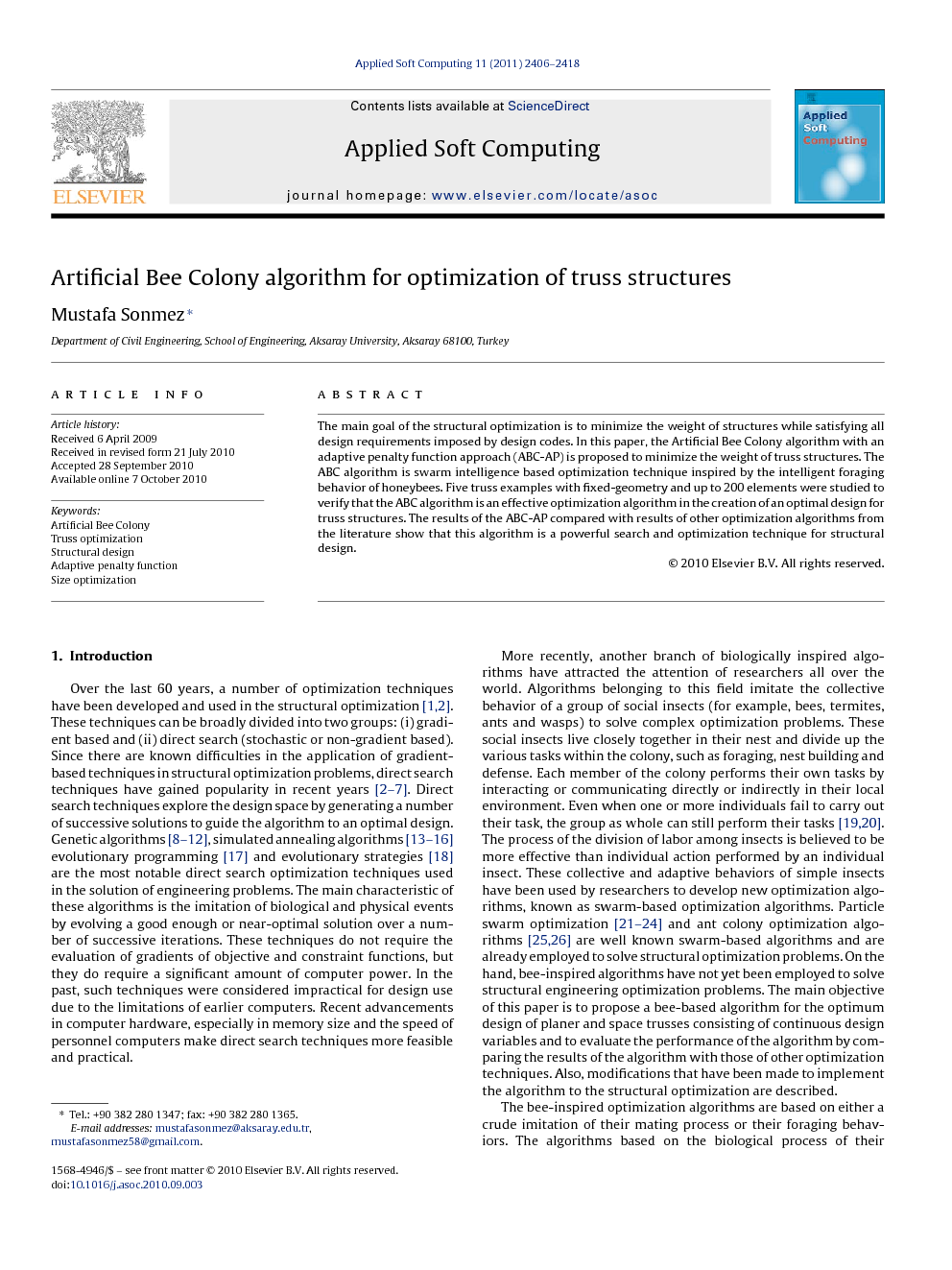 The main goal of the structural optimization is to minimize the weight of structures while satisfying all design requirements imposed by design codes. In this paper, the Artificial Bee Colony algorithm with an adaptive penalty function approach (ABC-AP) is proposed to minimize the weight of truss structures. The ABC algorithm is swarm intelligence based optimization technique inspired by the intelligent foraging behavior of honeybees. Five truss examples with fixed-geometry and up to 200 elements were studied to verify that the ABC algorithm is an effective optimization algorithm in the creation of an optimal design for truss structures. The results of the ABC-AP compared with results of other optimization algorithms from the literature show that this algorithm is a powerful search and optimization technique for structural design.