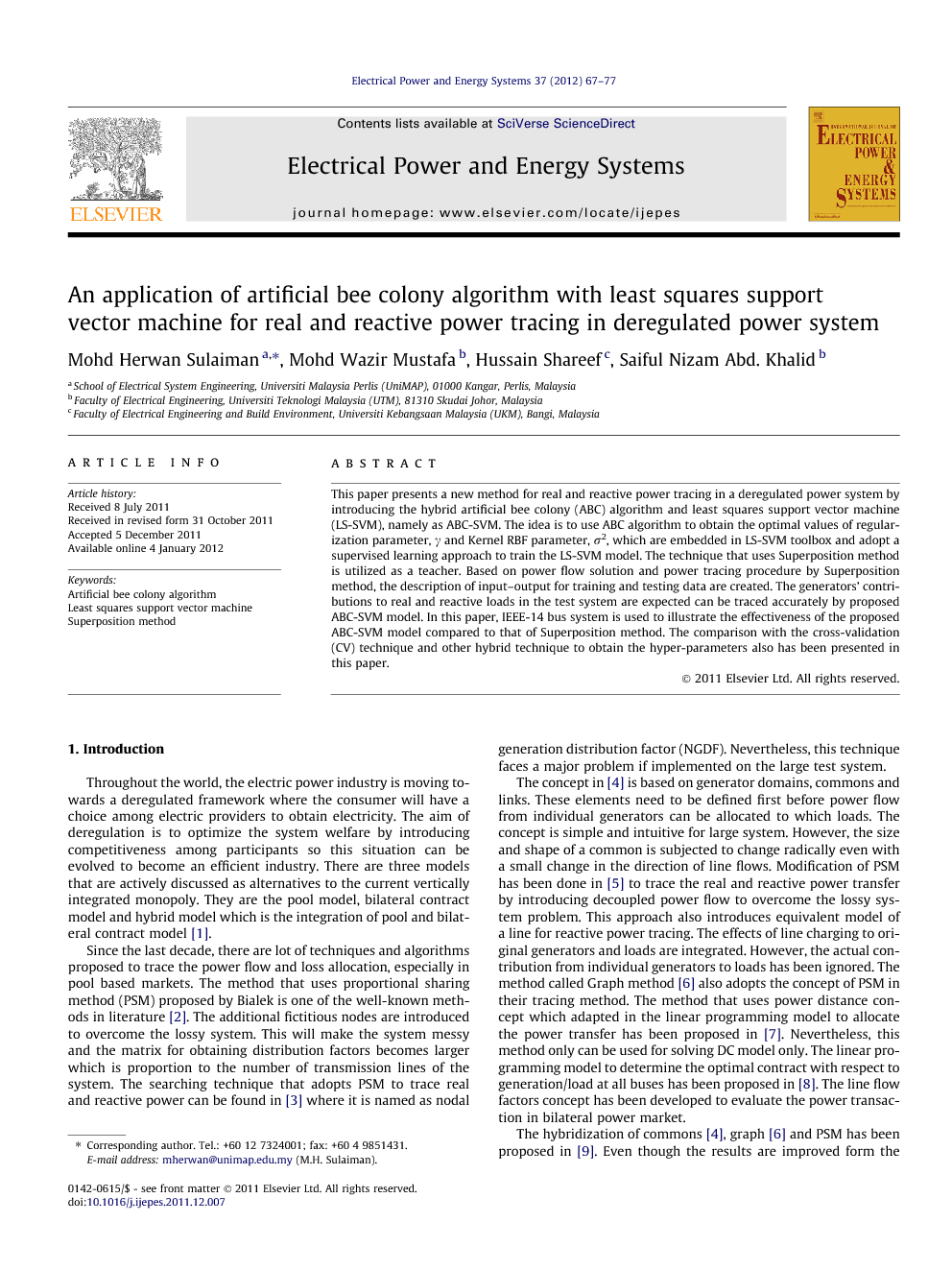 This paper presents a new method for real and reactive power tracing in a deregulated power system by introducing the hybrid artificial bee colony (ABC) algorithm and least squares support vector machine (LS-SVM), namely as ABC-SVM. The idea is to use ABC algorithm to obtain the optimal values of regularization parameter, γ and Kernel RBF parameter, σ2, which are embedded in LS-SVM toolbox and adopt a supervised learning approach to train the LS-SVM model. The technique that uses Superposition method is utilized as a teacher. Based on power flow solution and power tracing procedure by Superposition method, the description of input–output for training and testing data are created. The generators’ contributions to real and reactive loads in the test system are expected can be traced accurately by proposed ABC-SVM model. In this paper, IEEE-14 bus system is used to illustrate the effectiveness of the proposed ABC-SVM model compared to that of Superposition method. The comparison with the cross-validation (CV) technique and other hybrid technique to obtain the hyper-parameters also has been presented in this paper.

New methodology to trace the generators’ contributions to real and reactive loads in deregulated power systems has been presented in this paper. Supervised learning approach which is using the Superposition method is utilized as a teacher before ABC-SVM is adopted as an estimator to train the model in the tracing paradigm. The results show that ABC-SVM able to trace the real and reactive power transfer from generators to loads even though just using small amounts of data in training process. The results also show the advantage of ABC-SVM compared to that Superposition method in term of computational time. Better computational time is crucial to improve the online application. The comparison with LS-SVM (CV) and GA-SVM also has been done to show the effectiveness of the proposed ABC-SVM in determining the optimal values of hyper-parameters of LS-SVM.