عنوان انگلیسی
The age related prevalence of aggression and self-injury in persons with an intellectual disability: A review
دانلود فوری مقاله + سفارش ترجمه 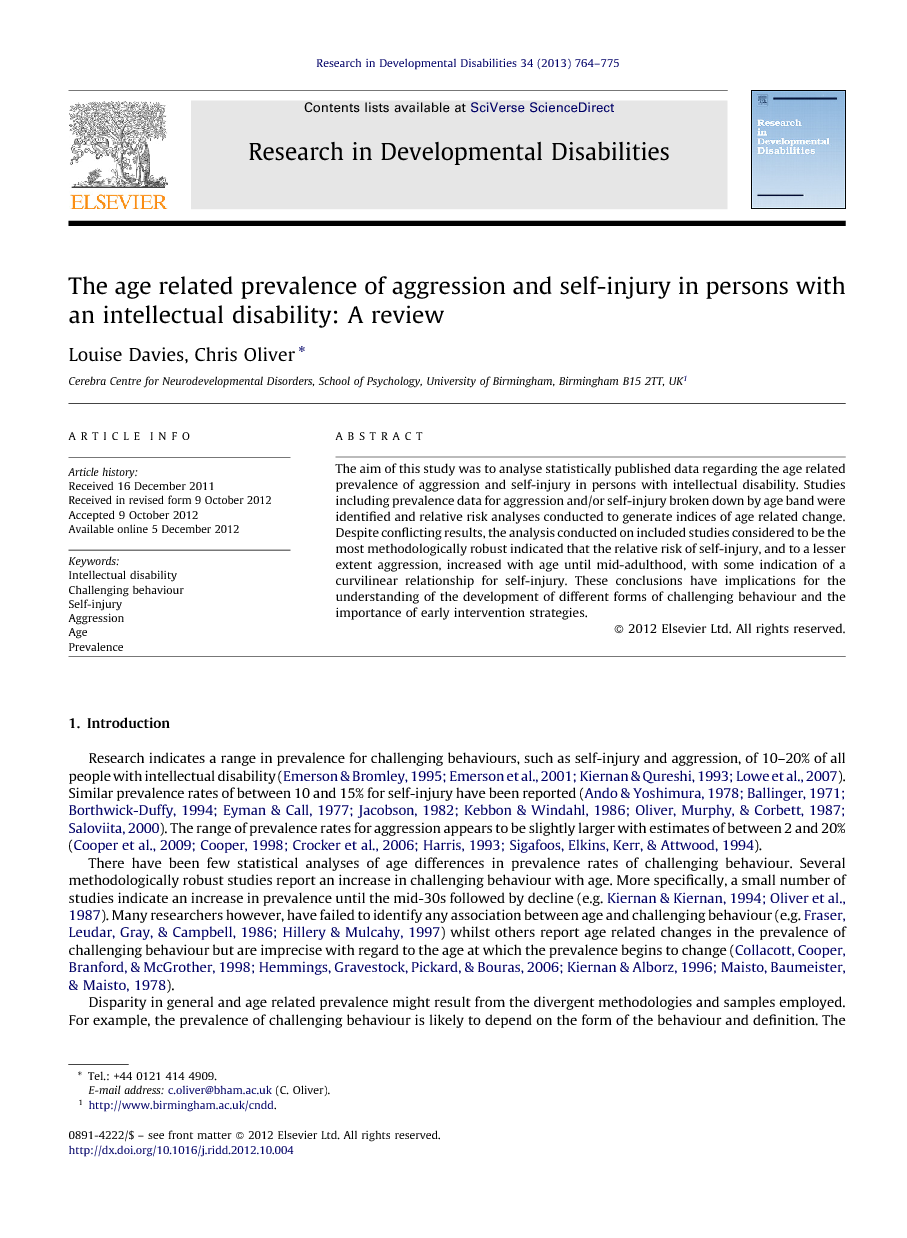 The aim of this study was to analyse statistically published data regarding the age related prevalence of aggression and self-injury in persons with intellectual disability. Studies including prevalence data for aggression and/or self-injury broken down by age band were identified and relative risk analyses conducted to generate indices of age related change. Despite conflicting results, the analysis conducted on included studies considered to be the most methodologically robust indicated that the relative risk of self-injury, and to a lesser extent aggression, increased with age until mid-adulthood, with some indication of a curvilinear relationship for self-injury. These conclusions have implications for the understanding of the development of different forms of challenging behaviour and the importance of early intervention strategies.