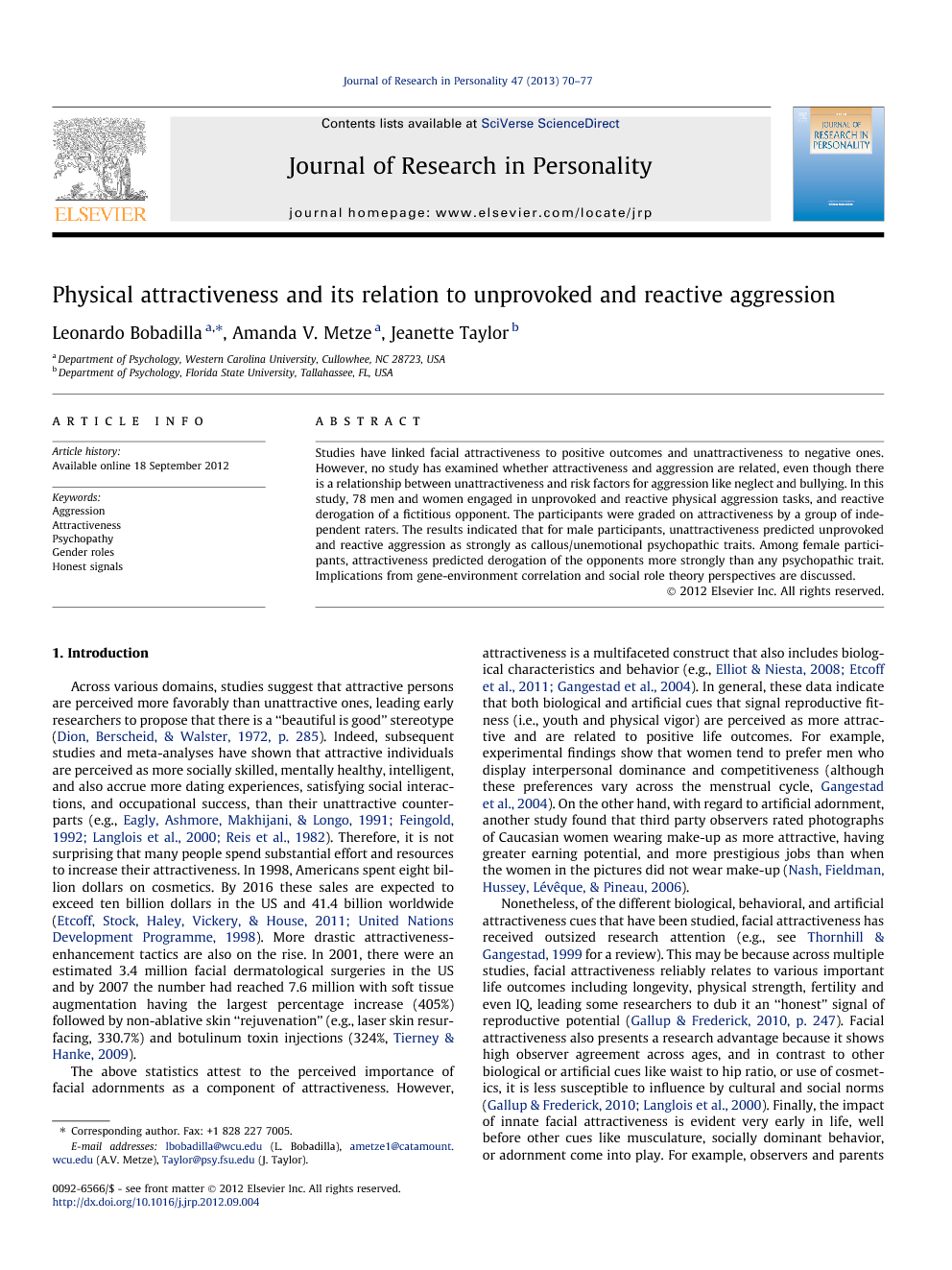 This study suggests that attractiveness may be related to aggression and supports further efforts that examine the influence of attractiveness on interpersonal aggression. However, these results should not be interpreted to mean that unattractive men or attractive women are inherently more aggressive. On the contrary, these findings suggest that (un)attractiveness may place individuals at greater risk for environmental factors linked to aggression such as physical abuse among men, or pressure to maintain beauty-related social status among women.