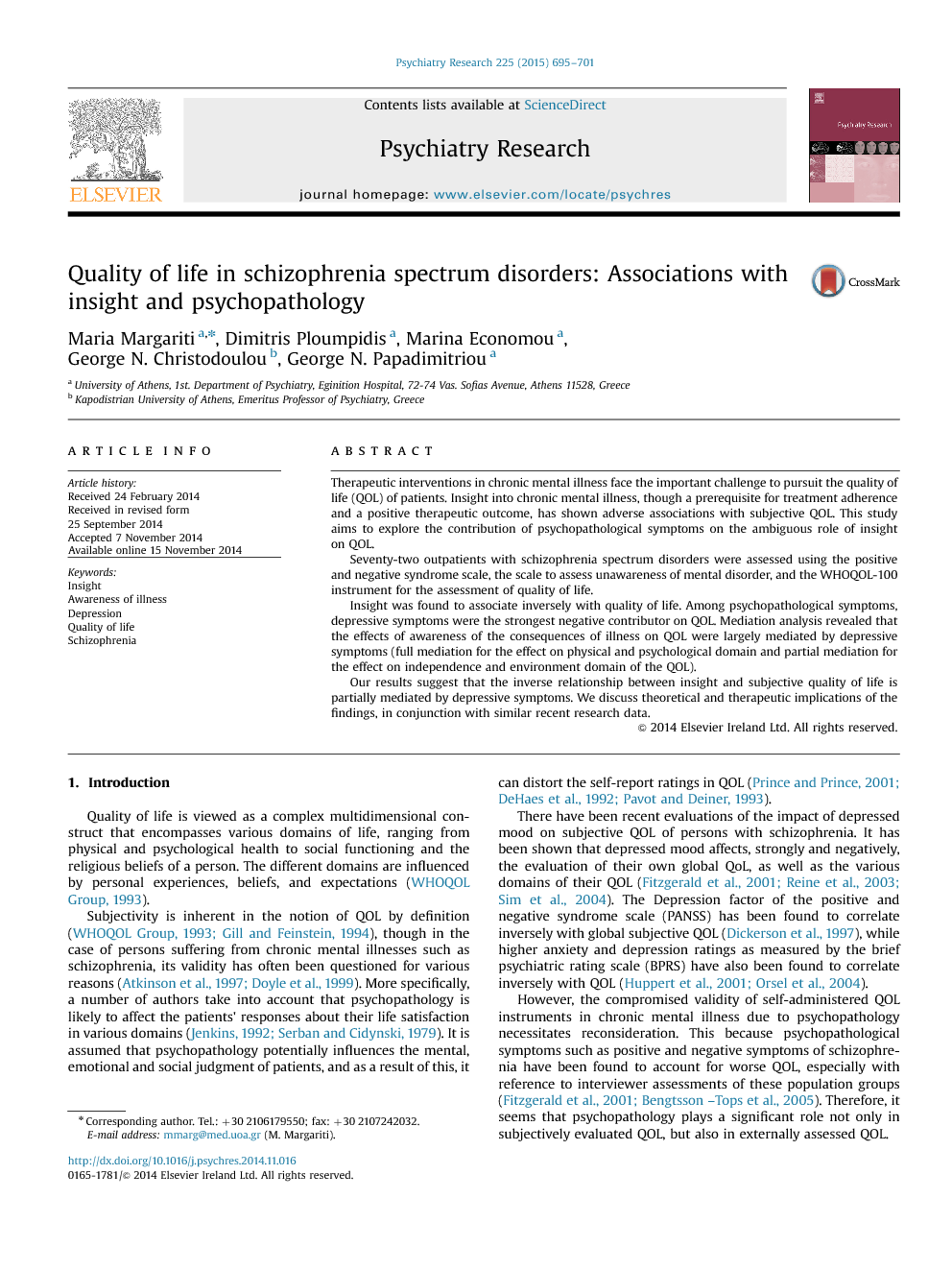 Therapeutic interventions in chronic mental illness face the important challenge to pursuit the quality of life (QOL) of patients. Insight into chronic mental illness, though a prerequisite for treatment adherence and a positive therapeutic outcome, has shown adverse associations with subjective QOL. This study aims to explore the contribution of psychopathological symptoms on the ambiguous role of insight on QOL. Seventy-two outpatients with schizophrenia spectrum disorders were assessed using the positive and negative syndrome scale, the scale to assess unawareness of mental disorder, and the WHOQOL-100 instrument for the assessment of quality of life. Insight was found to associate inversely with quality of life. Among psychopathological symptoms, depressive symptoms were the strongest negative contributor on QOL. Mediation analysis revealed that the effects of awareness of the consequences of illness on QOL were largely mediated by depressive symptoms (full mediation for the effect on physical and psychological domain and partial mediation for the effect on independence and environment domain of the QOL). Our results suggest that the inverse relationship between insight and subjective quality of life is partially mediated by depressive symptoms. We discuss theoretical and therapeutic implications of the findings, in conjunction with similar recent research data.