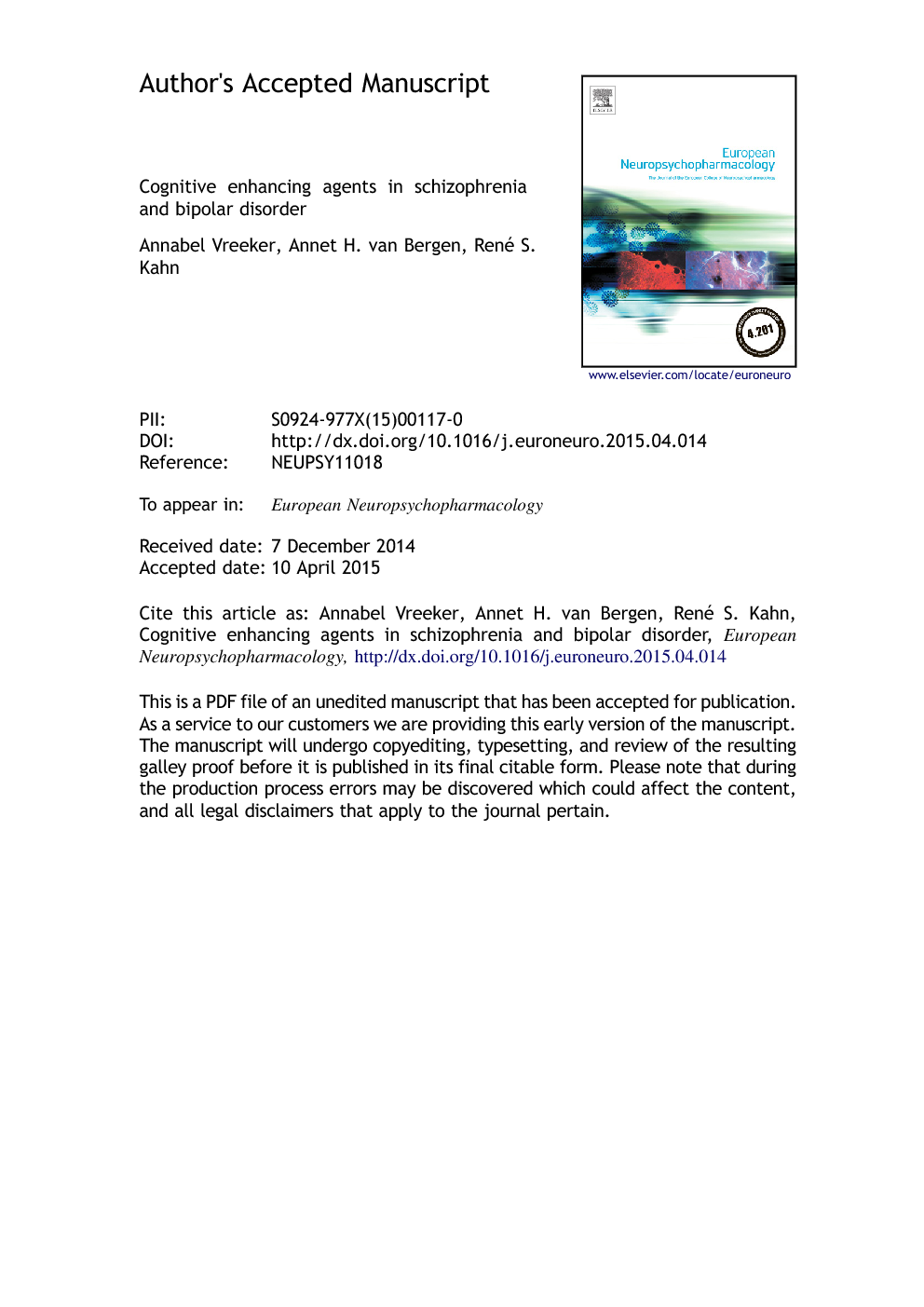 Cognitive dysfunction is a core feature of schizophrenia and is also present in bipolar disorder (BD). Whereas decreased intelligence precedes the onset of psychosis and remains relatively stable thereafter; high intelligence is a risk factor for bipolar illness but cognitive function decreases after onset of symptoms. While in schizophrenia, many studies have been conducted on the development of cognitive enhancing agents, in BD such studies are almost non-existent. This review focuses on the pharmacological agents with putative effects on cognition in both schizophrenia and bipolar illness; specifically agents targeting the dopaminergic, cholinergic and glutamatergic neurotransmitter pathways in schizophrenia and the cognitive effects of lithium, anticonvulsants and antipsychotics in BD. In the final analysis we conclude that cognitive enhancing agents have not yet been produced convincingly for schizophrenia and have hardly been studied in BD. Importantly, studies should focus on other phases of the illness. To be able to treat cognitive deficits effectively in schizophrenia, patients in the very early stages of the illness, or even before – in the ultra-high risk stages – should be targeted. In contrast, cognitive deficits occur later in BD, and therefore drugs should be tested in BD after the onset of illness. Hopefully, we will then find effective drugs for the incapacitating effects of cognitive deficits in these patients.