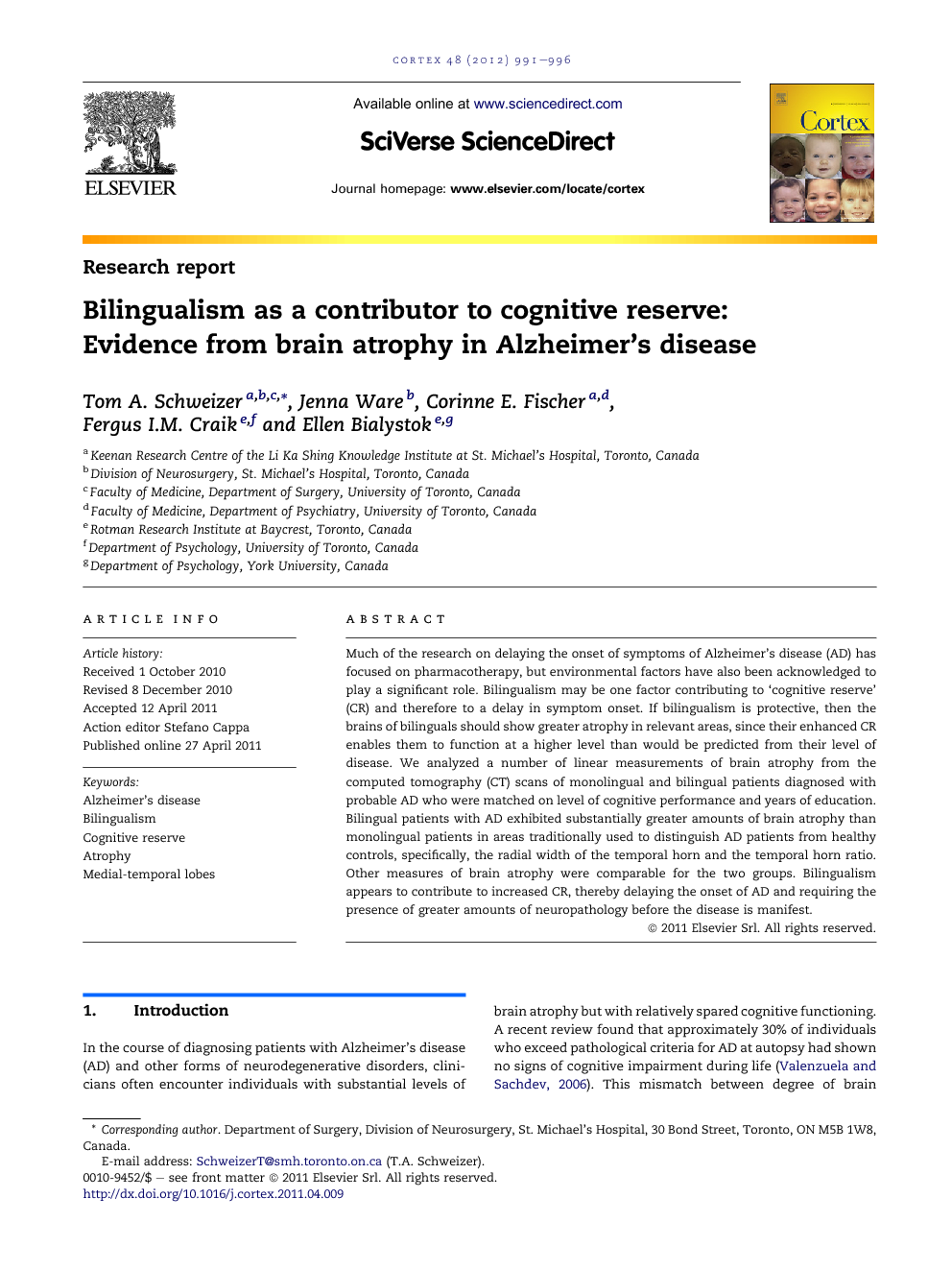 Much of the research on delaying the onset of symptoms of Alzheimer’s disease (AD) has focused on pharmacotherapy, but environmental factors have also been acknowledged to play a significant role. Bilingualism may be one factor contributing to ‘cognitive reserve’ (CR) and therefore to a delay in symptom onset. If bilingualism is protective, then the brains of bilinguals should show greater atrophy in relevant areas, since their enhanced CR enables them to function at a higher level than would be predicted from their level of disease. We analyzed a number of linear measurements of brain atrophy from the computed tomography (CT) scans of monolingual and bilingual patients diagnosed with probable AD who were matched on level of cognitive performance and years of education. Bilingual patients with AD exhibited substantially greater amounts of brain atrophy than monolingual patients in areas traditionally used to distinguish AD patients from healthy controls, specifically, the radial width of the temporal horn and the temporal horn ratio. Other measures of brain atrophy were comparable for the two groups. Bilingualism appears to contribute to increased CR, thereby delaying the onset of AD and requiring the presence of greater amounts of neuropathology before the disease is manifest.