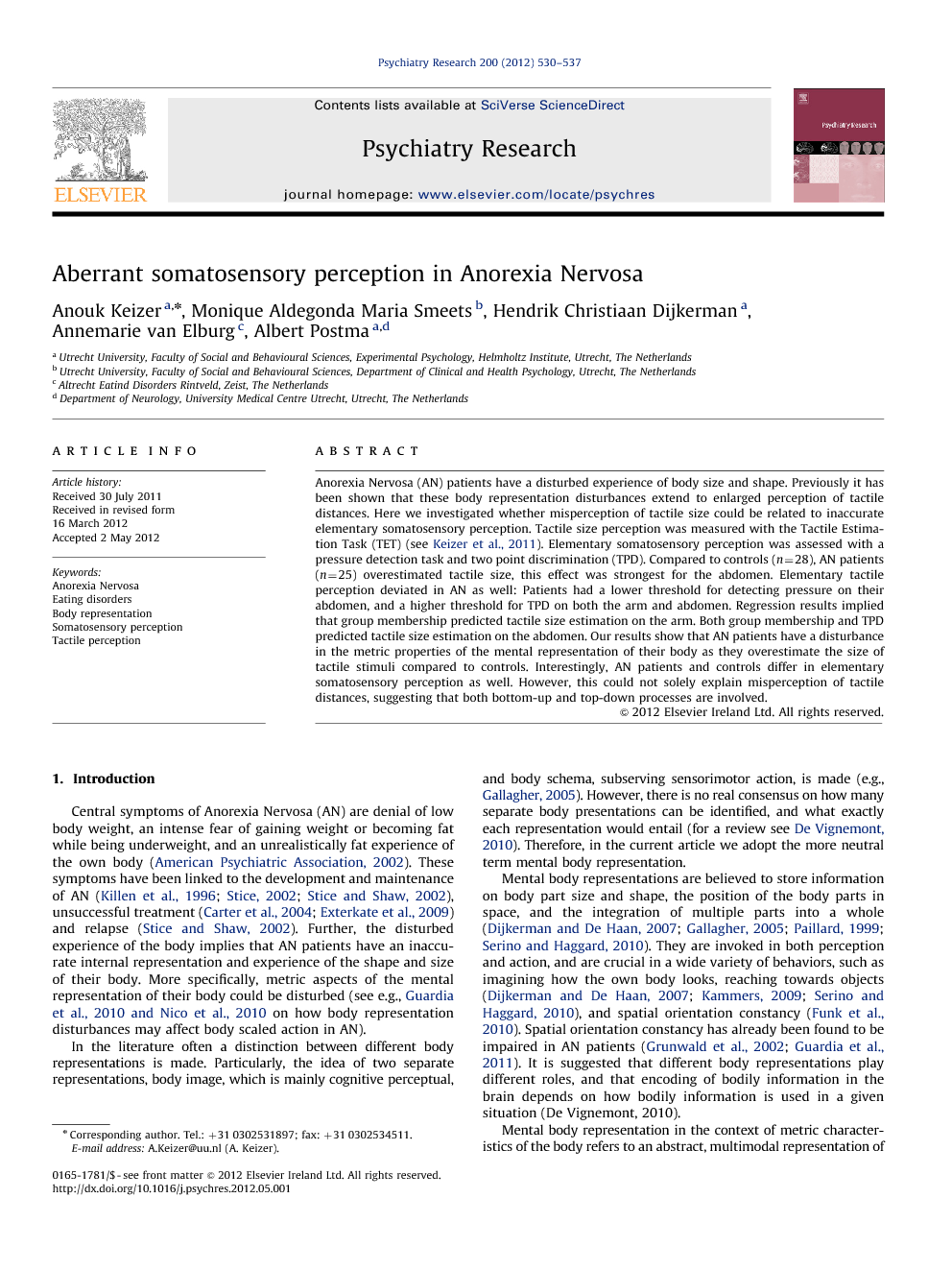 Anorexia Nervosa (AN) patients have a disturbed experience of body size and shape. Previously it has been shown that these body representation disturbances extend to enlarged perception of tactile distances. Here we investigated whether misperception of tactile size could be related to inaccurate elementary somatosensory perception. Tactile size perception was measured with the Tactile Estimation Task (TET) (see Keizer et al., 2011). Elementary somatosensory perception was assessed with a pressure detection task and two point discrimination (TPD). Compared to controls (n=28), AN patients (n=25) overestimated tactile size, this effect was strongest for the abdomen. Elementary tactile perception deviated in AN as well: Patients had a lower threshold for detecting pressure on their abdomen, and a higher threshold for TPD on both the arm and abdomen. Regression results implied that group membership predicted tactile size estimation on the arm. Both group membership and TPD predicted tactile size estimation on the abdomen. Our results show that AN patients have a disturbance in the metric properties of the mental representation of their body as they overestimate the size of tactile stimuli compared to controls. Interestingly, AN patients and controls differ in elementary somatosensory perception as well. However, this could not solely explain misperception of tactile distances, suggesting that both bottom-up and top-down processes are involved.