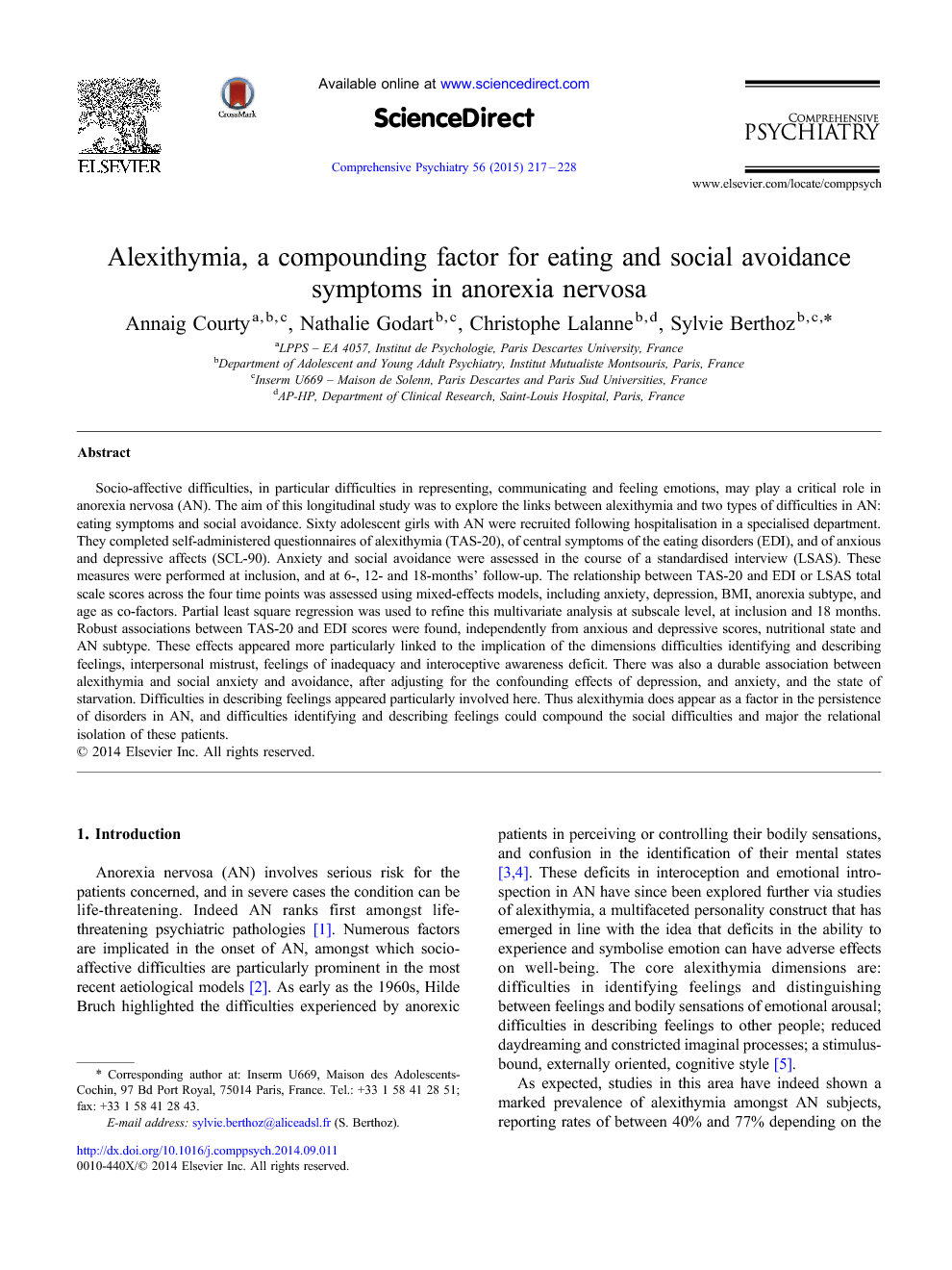 Socio-affective difficulties, in particular difficulties in representing, communicating and feeling emotions, may play a critical role in anorexia nervosa (AN). The aim of this longitudinal study was to explore the links between alexithymia and two types of difficulties in AN: eating symptoms and social avoidance. Sixty adolescent girls with AN were recruited following hospitalisation in a specialised department. They completed self-administered questionnaires of alexithymia (TAS-20), of central symptoms of the eating disorders (EDI), and of anxious and depressive affects (SCL-90). Anxiety and social avoidance were assessed in the course of a standardised interview (LSAS). These measures were performed at inclusion, and at 6-, 12- and 18-months' follow-up. The relationship between TAS-20 and EDI or LSAS total scale scores across the four time points was assessed using mixed-effects models, including anxiety, depression, BMI, anorexia subtype, and age as co-factors. Partial least square regression was used to refine this multivariate analysis at subscale level, at inclusion and 18 months. Robust associations between TAS-20 and EDI scores were found, independently from anxious and depressive scores, nutritional state and AN subtype. These effects appeared more particularly linked to the implication of the dimensions difficulties identifying and describing feelings, interpersonal mistrust, feelings of inadequacy and interoceptive awareness deficit. There was also a durable association between alexithymia and social anxiety and avoidance, after adjusting for the confounding effects of depression, and anxiety, and the state of starvation. Difficulties in describing feelings appeared particularly involved here. Thus alexithymia does appear as a factor in the persistence of disorders in AN, and difficulties identifying and describing feelings could compound the social difficulties and major the relational isolation of these patients.