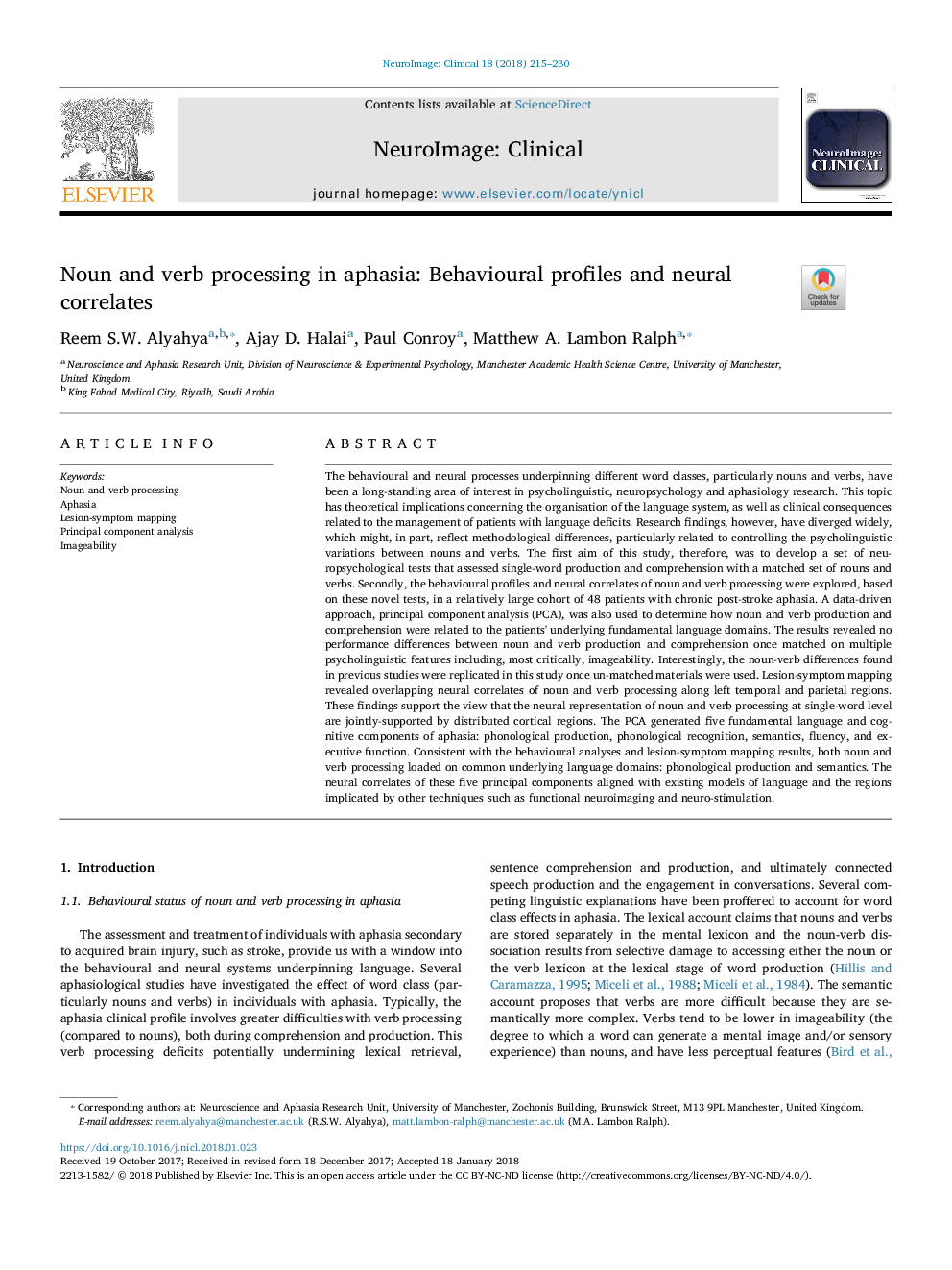 The behavioural and neural processes underpinning different word classes, particularly nouns and verbs, have been a long-standing area of interest in psycholinguistic, neuropsychology and aphasiology research. This topic has theoretical implications concerning the organisation of the language system, as well as clinical consequences related to the management of patients with language deficits. Research findings, however, have diverged widely, which might, in part, reflect methodological differences, particularly related to controlling the psycholinguistic variations between nouns and verbs. The first aim of this study, therefore, was to develop a set of neuropsychological tests that assessed single-word production and comprehension with a matched set of nouns and verbs. Secondly, the behavioural profiles and neural correlates of noun and verb processing were explored, based on these novel tests, in a relatively large cohort of 48 patients with chronic post-stroke aphasia. A data-driven approach, principal component analysis (PCA), was also used to determine how noun and verb production and comprehension were related to the patients' underlying fundamental language domains. The results revealed no performance differences between noun and verb production and comprehension once matched on multiple psycholinguistic features including, most critically, imageability. Interestingly, the noun-verb differences found in previous studies were replicated in this study once un-matched materials were used. Lesion-symptom mapping revealed overlapping neural correlates of noun and verb processing along left temporal and parietal regions. These findings support the view that the neural representation of noun and verb processing at single-word level are jointly-supported by distributed cortical regions. The PCA generated five fundamental language and cognitive components of aphasia: phonological production, phonological recognition, semantics, fluency, and executive function. Consistent with the behavioural analyses and lesion-symptom mapping results, both noun and verb processing loaded on common underlying language domains: phonological production and semantics. The neural correlates of these five principal components aligned with existing models of language and the regions implicated by other techniques such as functional neuroimaging and neuro-stimulation.