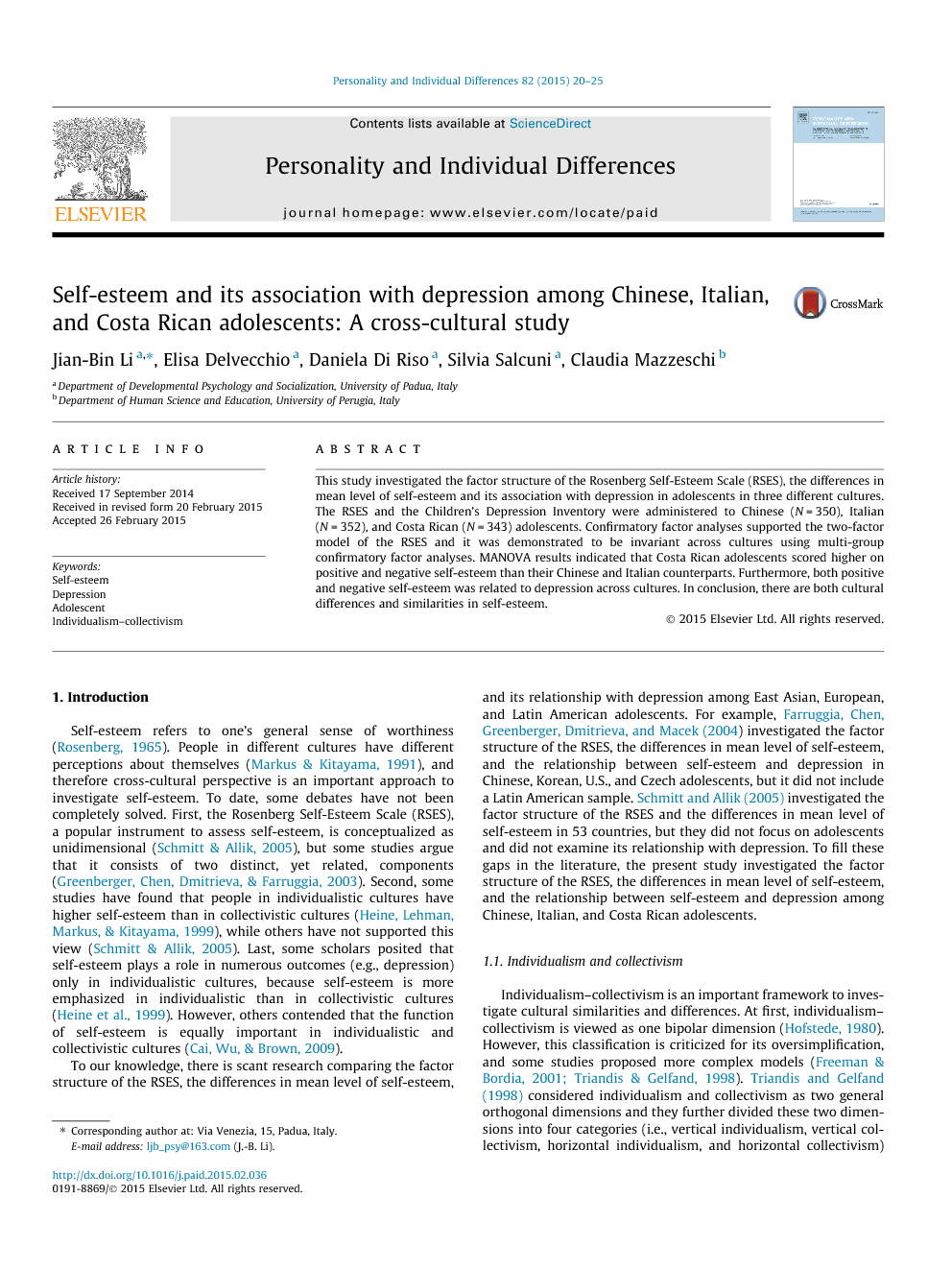 This study investigated the factor structure of the Rosenberg Self-Esteem Scale (RSES), the differences in mean level of self-esteem and its association with depression in adolescents in three different cultures. The RSES and the Children’s Depression Inventory were administered to Chinese (N = 350), Italian (N = 352), and Costa Rican (N = 343) adolescents. Confirmatory factor analyses supported the two-factor model of the RSES and it was demonstrated to be invariant across cultures using multi-group confirmatory factor analyses. MANOVA results indicated that Costa Rican adolescents scored higher on positive and negative self-esteem than their Chinese and Italian counterparts. Furthermore, both positive and negative self-esteem was related to depression across cultures. In conclusion, there are both cultural differences and similarities in self-esteem.