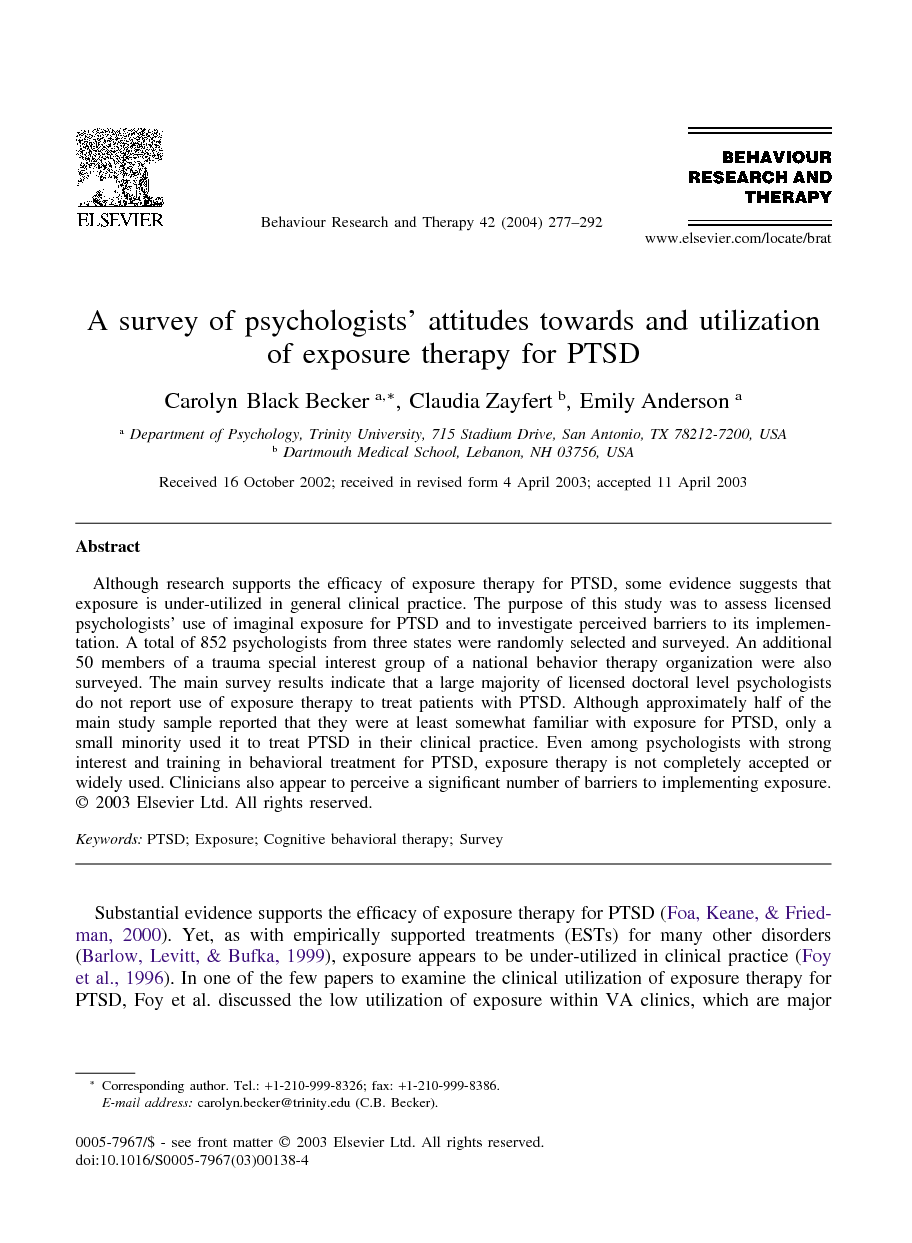 Although research supports the efficacy of exposure therapy for PTSD, some evidence suggests that exposure is under-utilized in general clinical practice. The purpose of this study was to assess licensed psychologists’ use of imaginal exposure for PTSD and to investigate perceived barriers to its implementation. A total of 852 psychologists from three states were randomly selected and surveyed. An additional 50 members of a trauma special interest group of a national behavior therapy organization were also surveyed. The main survey results indicate that a large majority of licensed doctoral level psychologists do not report use of exposure therapy to treat patients with PTSD. Although approximately half of the main study sample reported that they were at least somewhat familiar with exposure for PTSD, only a small minority used it to treat PTSD in their clinical practice. Even among psychologists with strong interest and training in behavioral treatment for PTSD, exposure therapy is not completely accepted or widely used. Clinicians also appear to perceive a significant number of barriers to implementing exposure.