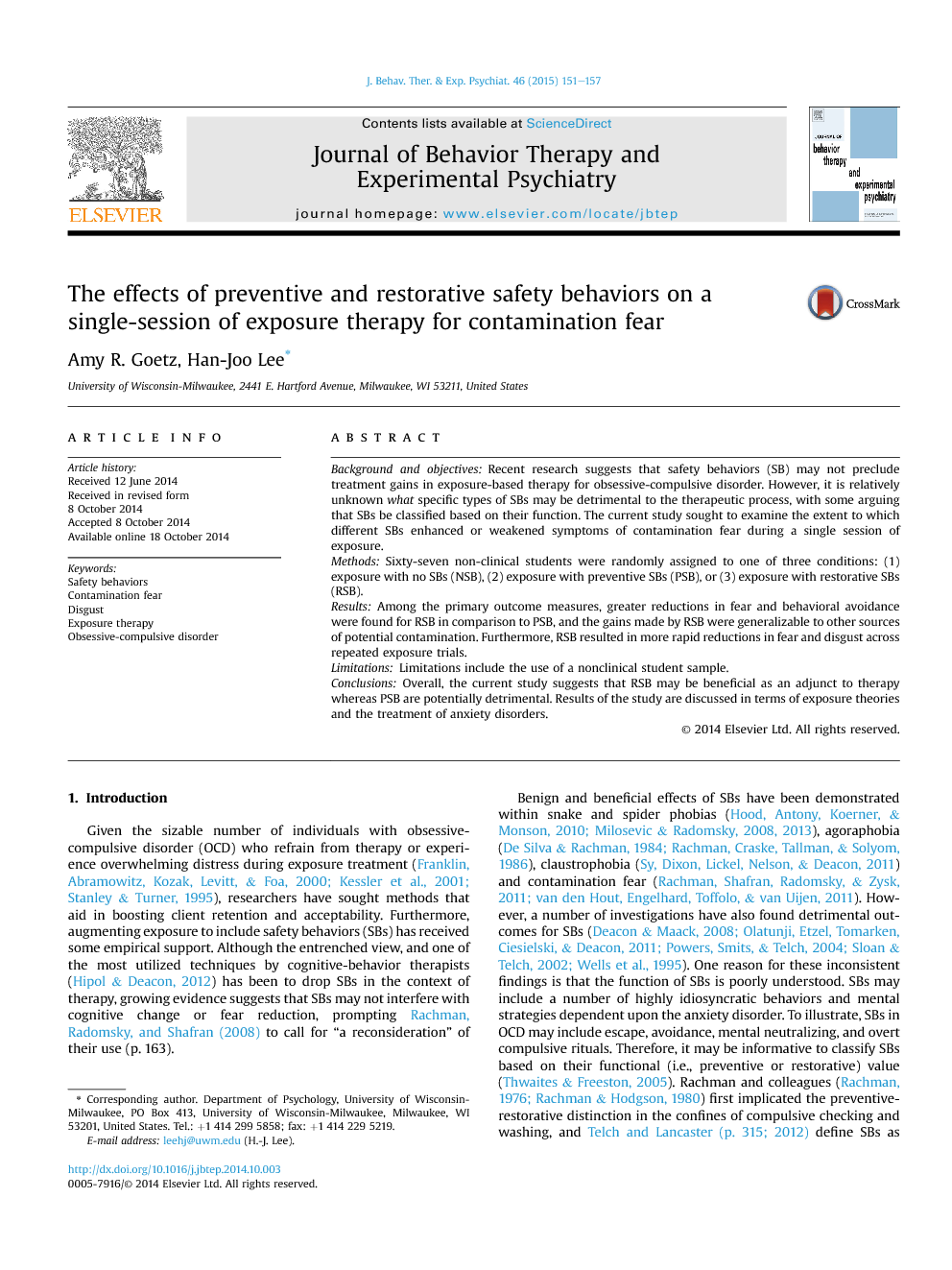 Background and objectives Recent research suggests that safety behaviors (SB) may not preclude treatment gains in exposure-based therapy for obsessive-compulsive disorder. However, it is relatively unknown what specific types of SBs may be detrimental to the therapeutic process, with some arguing that SBs be classified based on their function. The current study sought to examine the extent to which different SBs enhanced or weakened symptoms of contamination fear during a single session of exposure. Methods Sixty-seven non-clinical students were randomly assigned to one of three conditions: (1) exposure with no SBs (NSB), (2) exposure with preventive SBs (PSB), or (3) exposure with restorative SBs (RSB). Results Among the primary outcome measures, greater reductions in fear and behavioral avoidance were found for RSB in comparison to PSB, and the gains made by RSB were generalizable to other sources of potential contamination. Furthermore, RSB resulted in more rapid reductions in fear and disgust across repeated exposure trials. Limitations Limitations include the use of a nonclinical student sample. Conclusions Overall, the current study suggests that RSB may be beneficial as an adjunct to therapy whereas PSB are potentially detrimental. Results of the study are discussed in terms of exposure theories and the treatment of anxiety disorders.