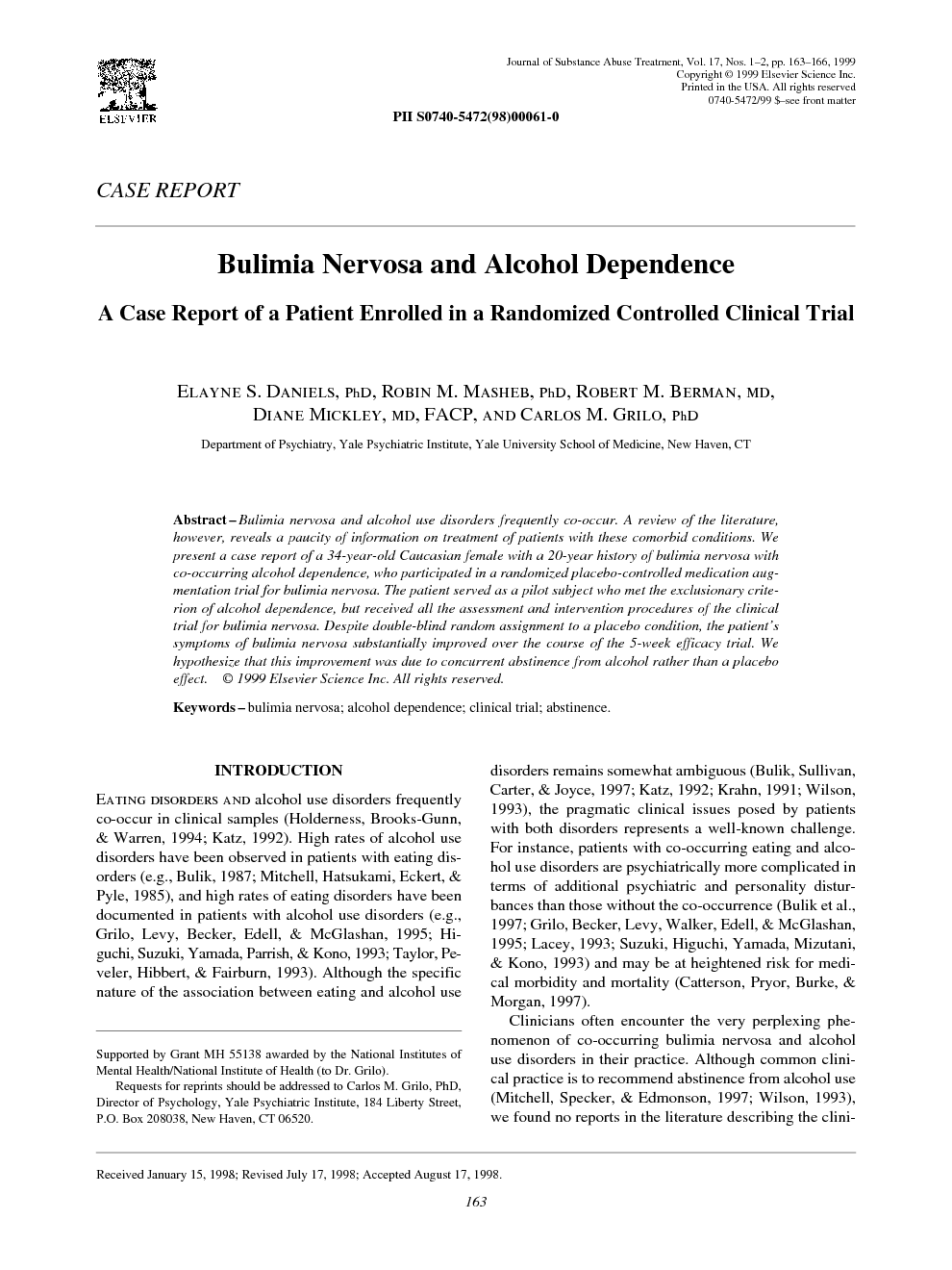 Bulimia nervosa and alcohol use disorders frequently co-occur. A review of the literature, however, reveals a paucity of information on treatment of patients with these comorbid conditions. We present a case report of a 34-year-old Caucasian female with a 20-year history of bulimia nervosa with co-occurring alcohol dependence, who participated in a randomized placebo-controlled medication augmentation trial for bulimia nervosa. The patient served as a pilot subject who met the exclusionary criterion of alcohol dependence, but received all the assessment and intervention procedures of the clinical trial for bulimia nervosa. Despite double-blind random assignment to a placebo condition, the patient's symptoms of bulimia nervosa substantially improved over the course of the 5-week efficacy trial. We hypothesize that this improvement was due to concurrent abstinence from alcohol rather than a placebo effect.