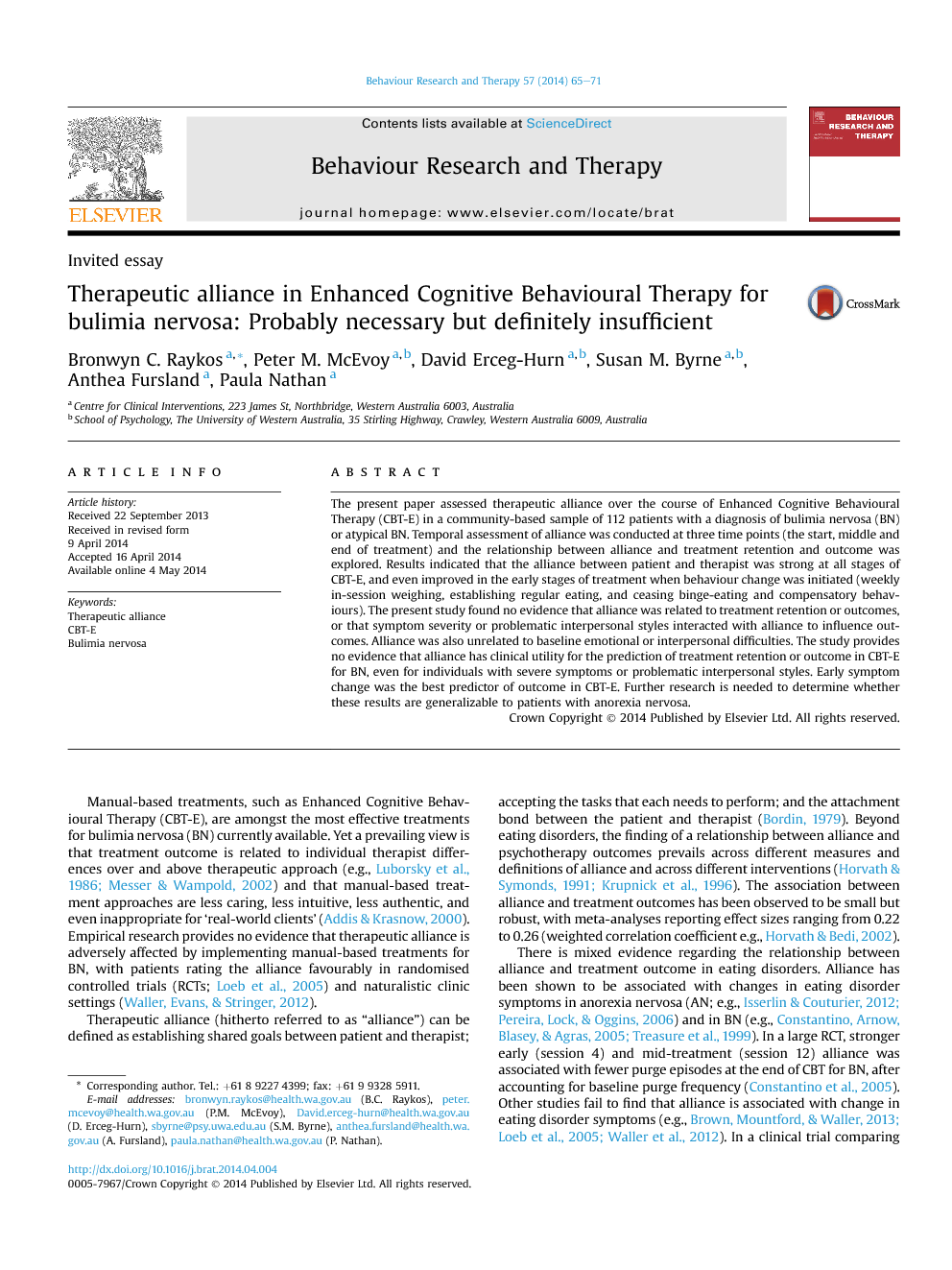 The present paper assessed therapeutic alliance over the course of Enhanced Cognitive Behavioural Therapy (CBT-E) in a community-based sample of 112 patients with a diagnosis of bulimia nervosa (BN) or atypical BN. Temporal assessment of alliance was conducted at three time points (the start, middle and end of treatment) and the relationship between alliance and treatment retention and outcome was explored. Results indicated that the alliance between patient and therapist was strong at all stages of CBT-E, and even improved in the early stages of treatment when behaviour change was initiated (weekly in-session weighing, establishing regular eating, and ceasing binge-eating and compensatory behaviours). The present study found no evidence that alliance was related to treatment retention or outcomes, or that symptom severity or problematic interpersonal styles interacted with alliance to influence outcomes. Alliance was also unrelated to baseline emotional or interpersonal difficulties. The study provides no evidence that alliance has clinical utility for the prediction of treatment retention or outcome in CBT-E for BN, even for individuals with severe symptoms or problematic interpersonal styles. Early symptom change was the best predictor of outcome in CBT-E. Further research is needed to determine whether these results are generalizable to patients with anorexia nervosa.