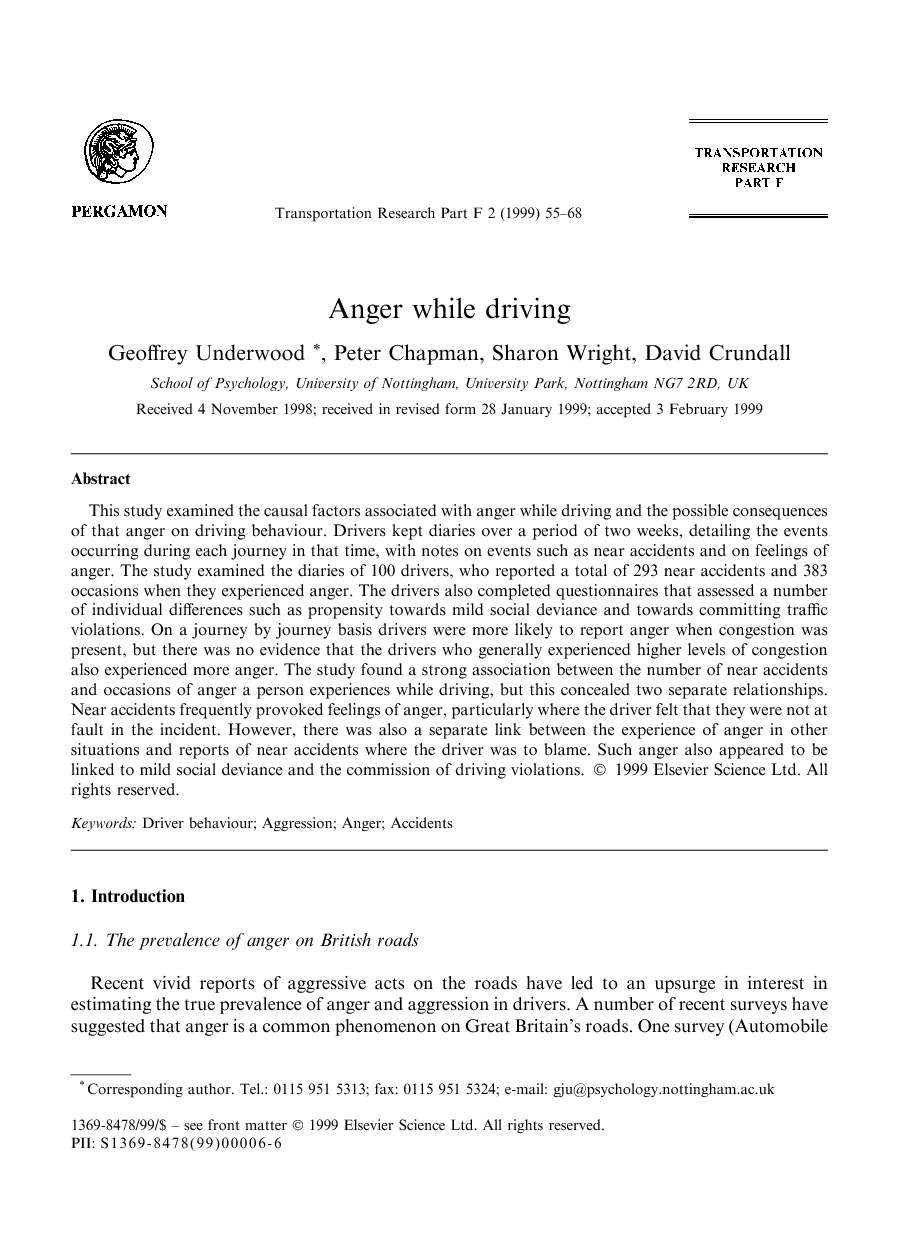 This study examined the causal factors associated with anger while driving and the possible consequences of that anger on driving behaviour. Drivers kept diaries over a period of two weeks, detailing the events occurring during each journey in that time, with notes on events such as near accidents and on feelings of anger. The study examined the diaries of 100 drivers, who reported a total of 293 near accidents and 383 occasions when they experienced anger. The drivers also completed questionnaires that assessed a number of individual differences such as propensity towards mild social deviance and towards committing traffic violations. On a journey by journey basis drivers were more likely to report anger when congestion was present, but there was no evidence that the drivers who generally experienced higher levels of congestion also experienced more anger. The study found a strong association between the number of near accidents and occasions of anger a person experiences while driving, but this concealed two separate relationships. Near accidents frequently provoked feelings of anger, particularly where the driver felt that they were not at fault in the incident. However, there was also a separate link between the experience of anger in other situations and reports of near accidents where the driver was to blame. Such anger also appeared to be linked to mild social deviance and the commission of driving violations.