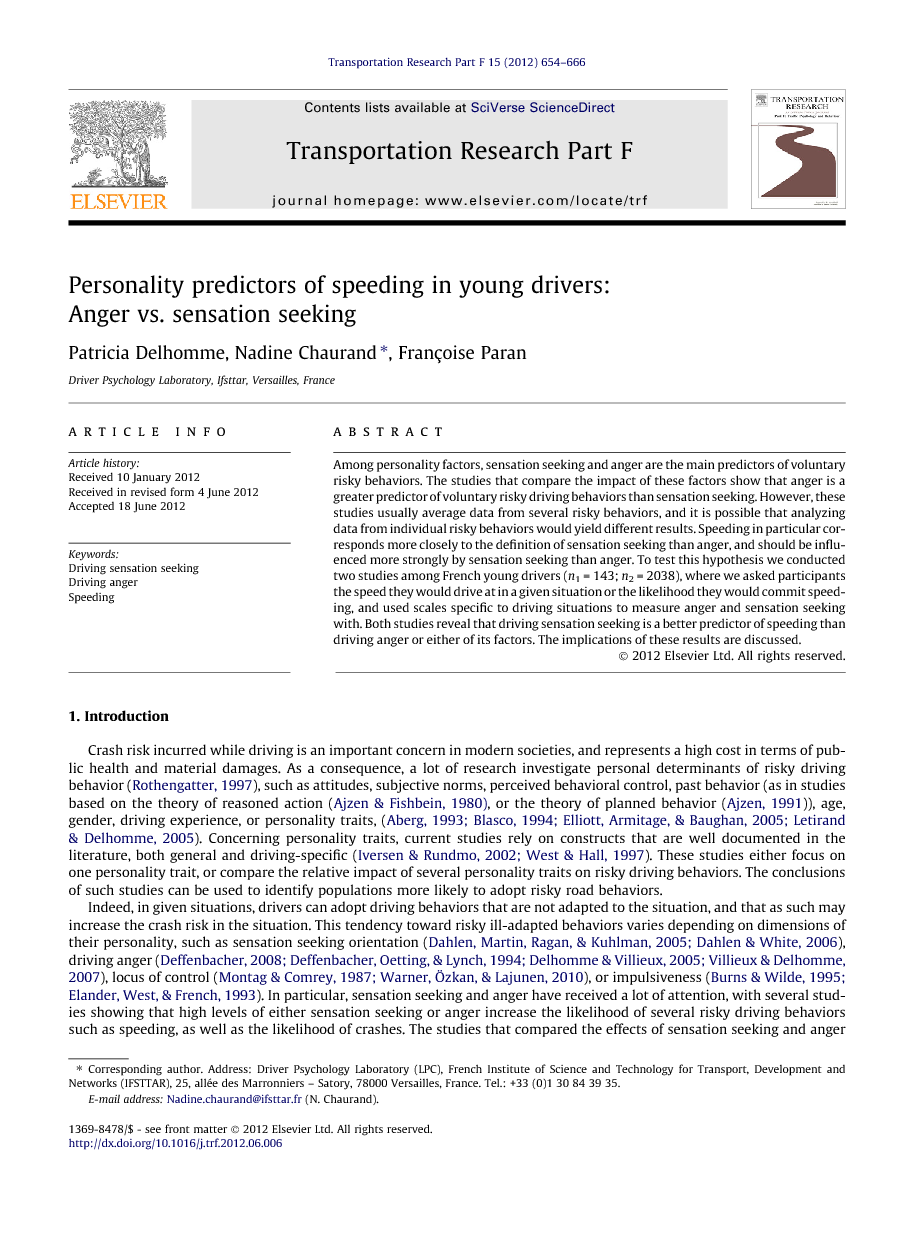 Speeding, like several other risky road behaviors, is explained by a large number of factors, among which personality traits such as sensation seeking and anger play a great role. However, unlike some other risky road behaviors studied in previous research, speeding is predicted by sensation seeking more than by anger. It appears thus essential to take into account the specificities of risky behaviors, as well as to use domain-specific scales when studying these behaviors.