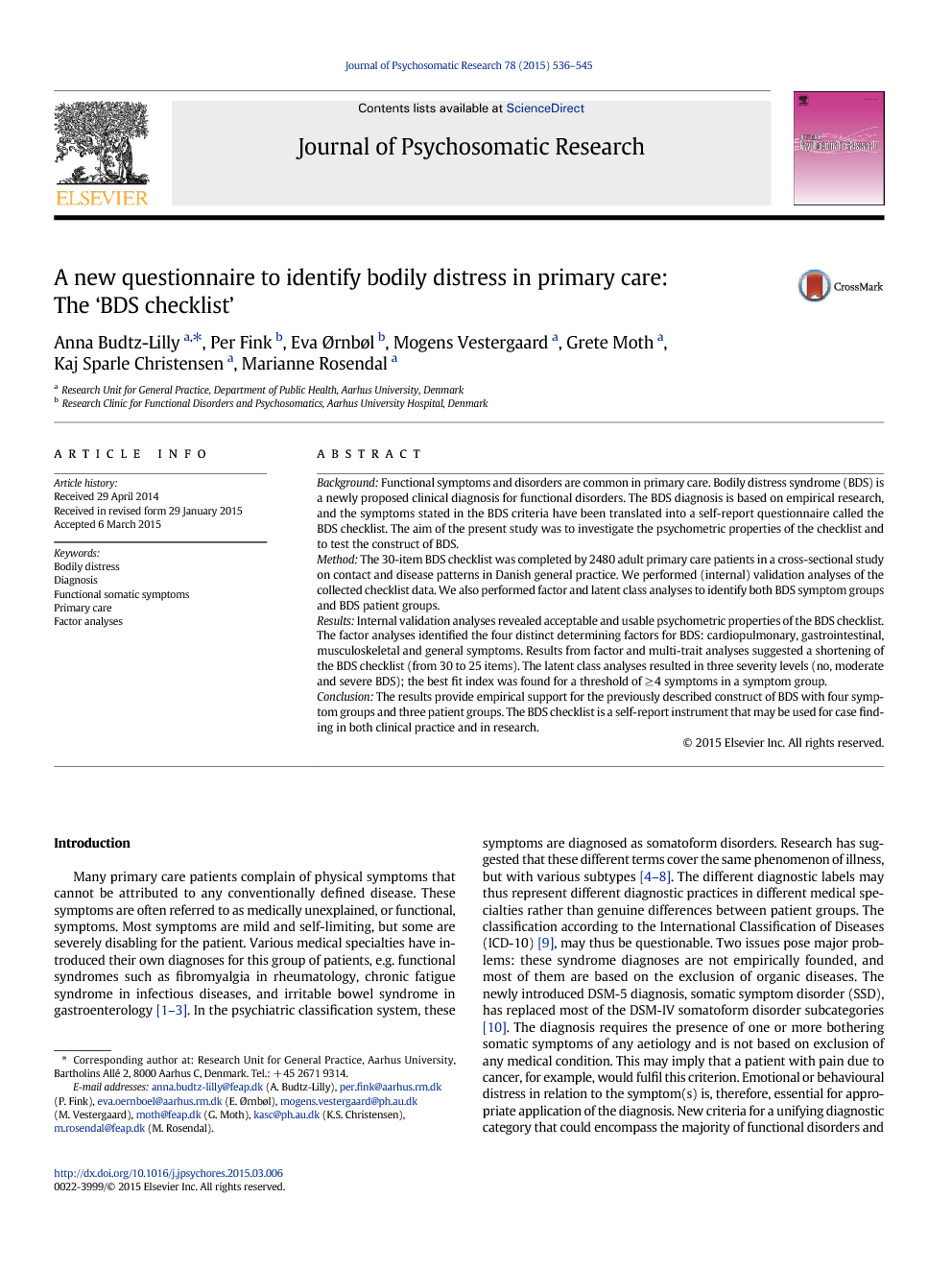 Background Functional symptoms and disorders are common in primary care. Bodily distress syndrome (BDS) is a newly proposed clinical diagnosis for functional disorders. The BDS diagnosis is based on empirical research, and the symptoms stated in the BDS criteria have been translated into a self-report questionnaire called the BDS checklist. The aim of the present study was to investigate the psychometric properties of the checklist and to test the construct of BDS. Method The 30-item BDS checklist was completed by 2480 adult primary care patients in a cross-sectional study on contact and disease patterns in Danish general practice. We performed (internal) validation analyses of the collected checklist data. We also performed factor and latent class analyses to identify both BDS symptom groups and BDS patient groups. Results Internal validation analyses revealed acceptable and usable psychometric properties of the BDS checklist. The factor analyses identified the four distinct determining factors for BDS: cardiopulmonary, gastrointestinal, musculoskeletal and general symptoms. Results from factor and multi-trait analyses suggested a shortening of the BDS checklist (from 30 to 25 items). The latent class analyses resulted in three severity levels (no, moderate and severe BDS); the best fit index was found for a threshold of ≥ 4 symptoms in a symptom group. Conclusion The results provide empirical support for the previously described construct of BDS with four symptom groups and three patient groups. The BDS checklist is a self-report instrument that may be used for case finding in both clinical practice and in research.