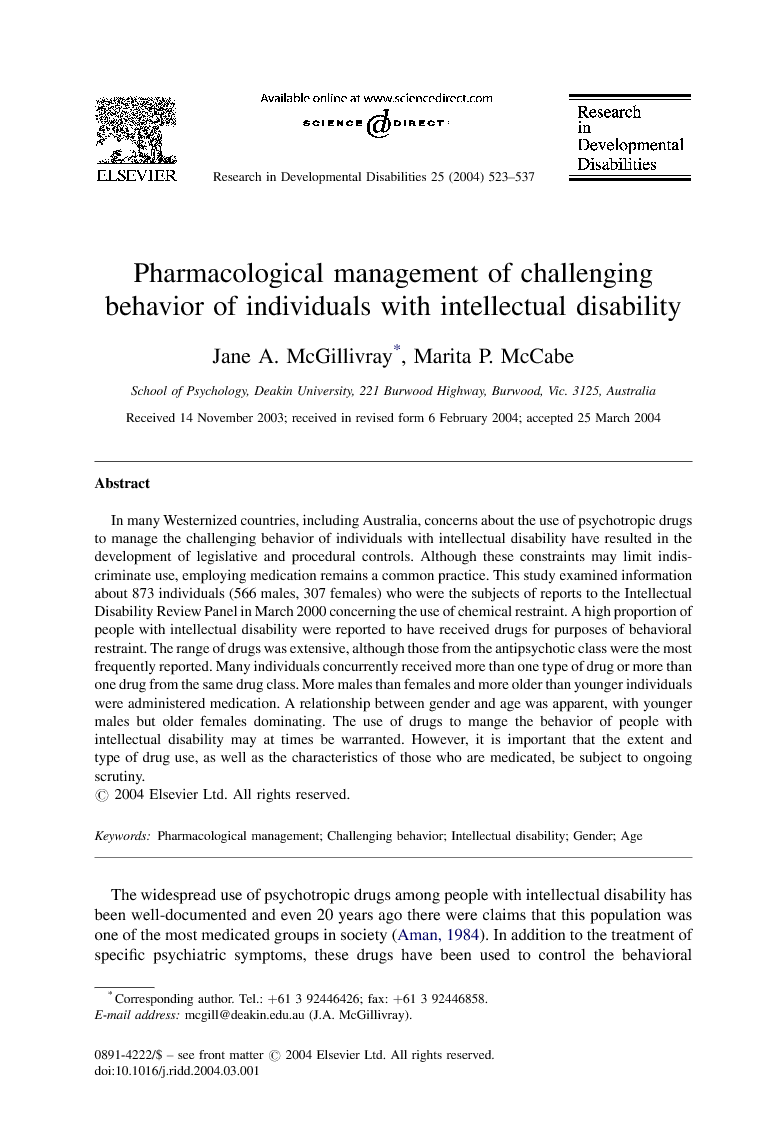 In many Westernized countries, including Australia, concerns about the use of psychotropic drugs to manage the challenging behavior of individuals with intellectual disability have resulted in the development of legislative and procedural controls. Although these constraints may limit indiscriminate use, employing medication remains a common practice. This study examined information about 873 individuals (566 males, 307 females) who were the subjects of reports to the Intellectual Disability Review Panel in March 2000 concerning the use of chemical restraint. A high proportion of people with intellectual disability were reported to have received drugs for purposes of behavioral restraint. The range of drugs was extensive, although those from the antipsychotic class were the most frequently reported. Many individuals concurrently received more than one type of drug or more than one drug from the same drug class. More males than females and more older than younger individuals were administered medication. A relationship between gender and age was apparent, with younger males but older females dominating. The use of drugs to mange the behavior of people with intellectual disability may at times be warranted. However, it is important that the extent and type of drug use, as well as the characteristics of those who are medicated, be subject to ongoing scrutiny.