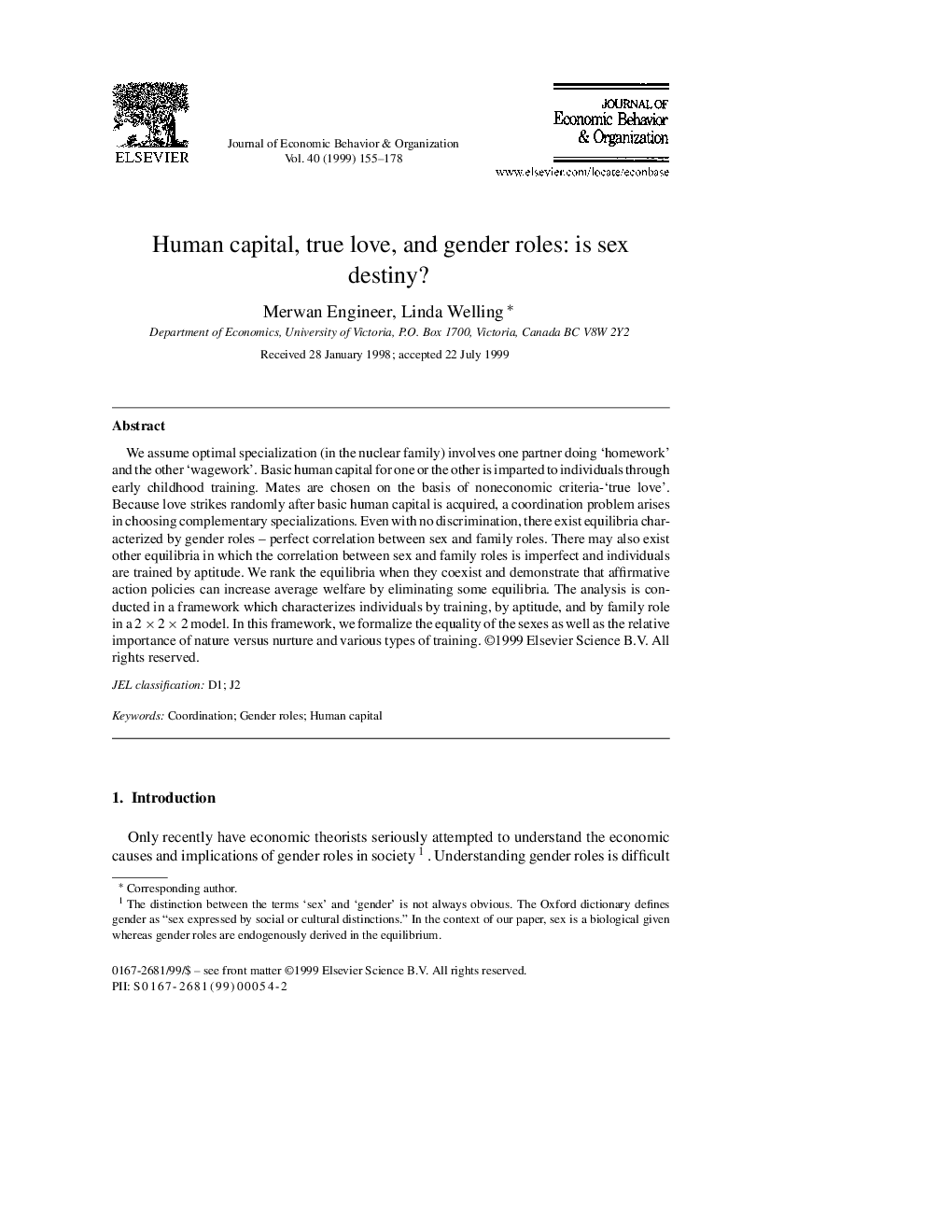 We assume optimal specialization (in the nuclear family) involves one partner doing ‘homework’ and the other ‘wagework’. Basic human capital for one or the other is imparted to individuals through early childhood training. Mates are chosen on the basis of noneconomic criteria-‘true love’. Because love strikes randomly after basic human capital is acquired, a coordination problem arises in choosing complementary specializations. Even with no discrimination, there exist equilibria characterized by gender roles – perfect correlation between sex and family roles. There may also exist other equilibria in which the correlation between sex and family roles is imperfect and individuals are trained by aptitude. We rank the equilibria when they coexist and demonstrate that affirmative action policies can increase average welfare by eliminating some equilibria. The analysis is conducted in a framework which characterizes individuals by training, by aptitude, and by family role in a 2 × 2 × 2 model. In this framework, we formalize the equality of the sexes as well as the relative importance of nature versus nurture and various types of training.