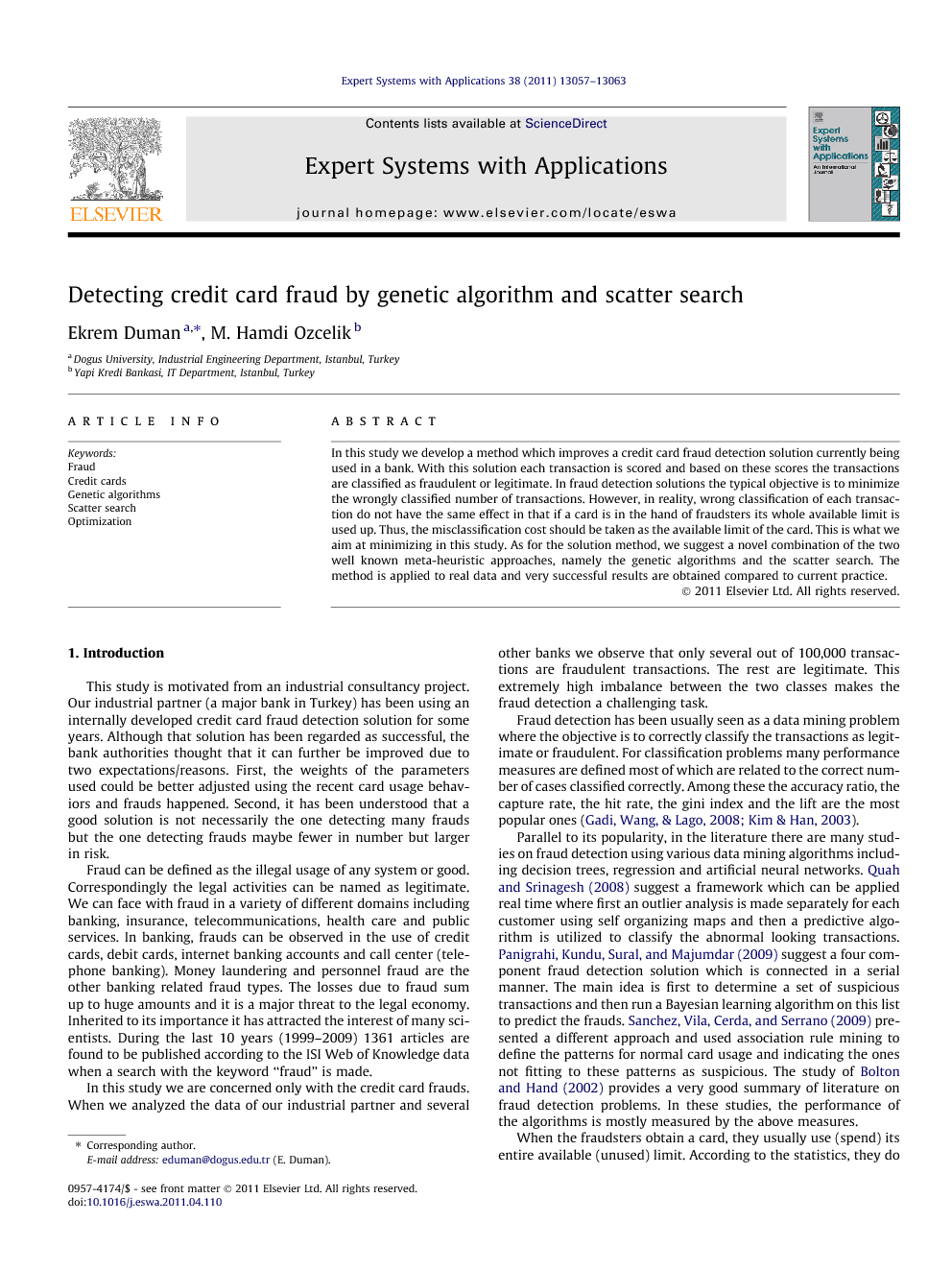 In this study we develop a method which improves a credit card fraud detection solution currently being used in a bank. With this solution each transaction is scored and based on these scores the transactions are classified as fraudulent or legitimate. In fraud detection solutions the typical objective is to minimize the wrongly classified number of transactions. However, in reality, wrong classification of each transaction do not have the same effect in that if a card is in the hand of fraudsters its whole available limit is used up. Thus, the misclassification cost should be taken as the available limit of the card. This is what we aim at minimizing in this study. As for the solution method, we suggest a novel combination of the two well known meta-heuristic approaches, namely the genetic algorithms and the scatter search. The method is applied to real data and very successful results are obtained compared to current practice.

In this study we undertook the problem of detecting fraudulent credit card transactions. The study is based on a real application project where an available fraud detecting system’s performance is tried to be improved by just playing with the values of the parameters. The objective of the study was taken differently than the typical classification problems in that we had a variable misclassification cost. As the standard data mining algorithms does not fit well with this situation we decided to use meta-heuristic algorithms. For this purpose we combined two well known methods: the genetic algorithms and the scatter search. At the end of the study we have improved the performance of the existing solution by about 200%. As far as the effectiveness of the variables in detecting fraud are concerned, the statistics related with the popular and unpopular regions for a credit card holder were found to be most important. Some type of variables such as the MCC and country statistics was not included in the scope of this study. Thus, the findings obtained here may not be generalized to the global fraud detection problem, however, when such data become available the methodology described here can easily be enlarged to cope with them. As future work, some effective algorithms which can perform well for the classification problem with variable misclassification costs could be developed.