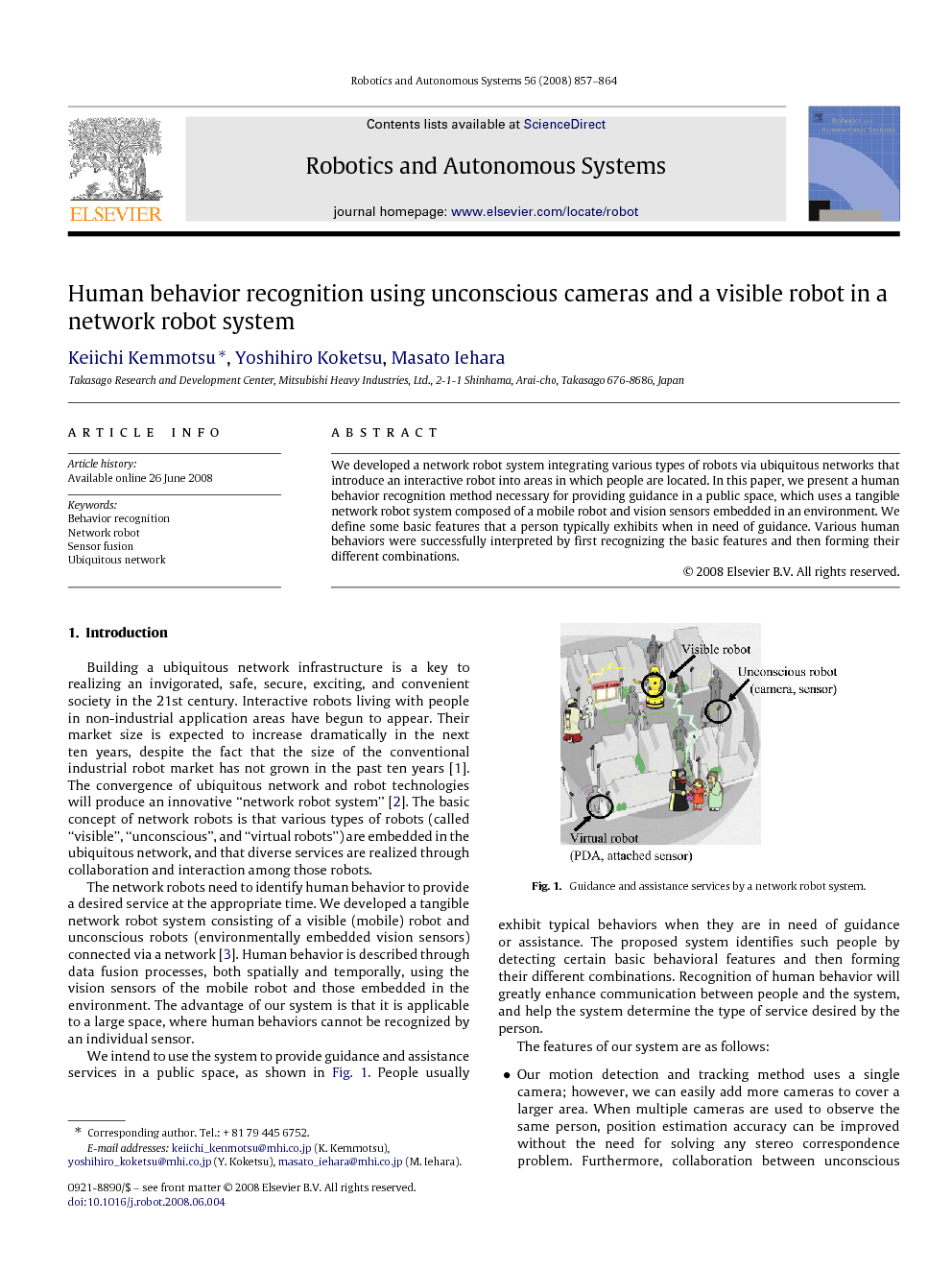 We developed a network robot system integrating various types of robots via ubiquitous networks that introduce an interactive robot into areas in which people are located. In this paper, we present a human behavior recognition method necessary for providing guidance in a public space, which uses a tangible network robot system composed of a mobile robot and vision sensors embedded in an environment. We define some basic features that a person typically exhibits when in need of guidance. Various human behaviors were successfully interpreted by first recognizing the basic features and then forming their different combinations.