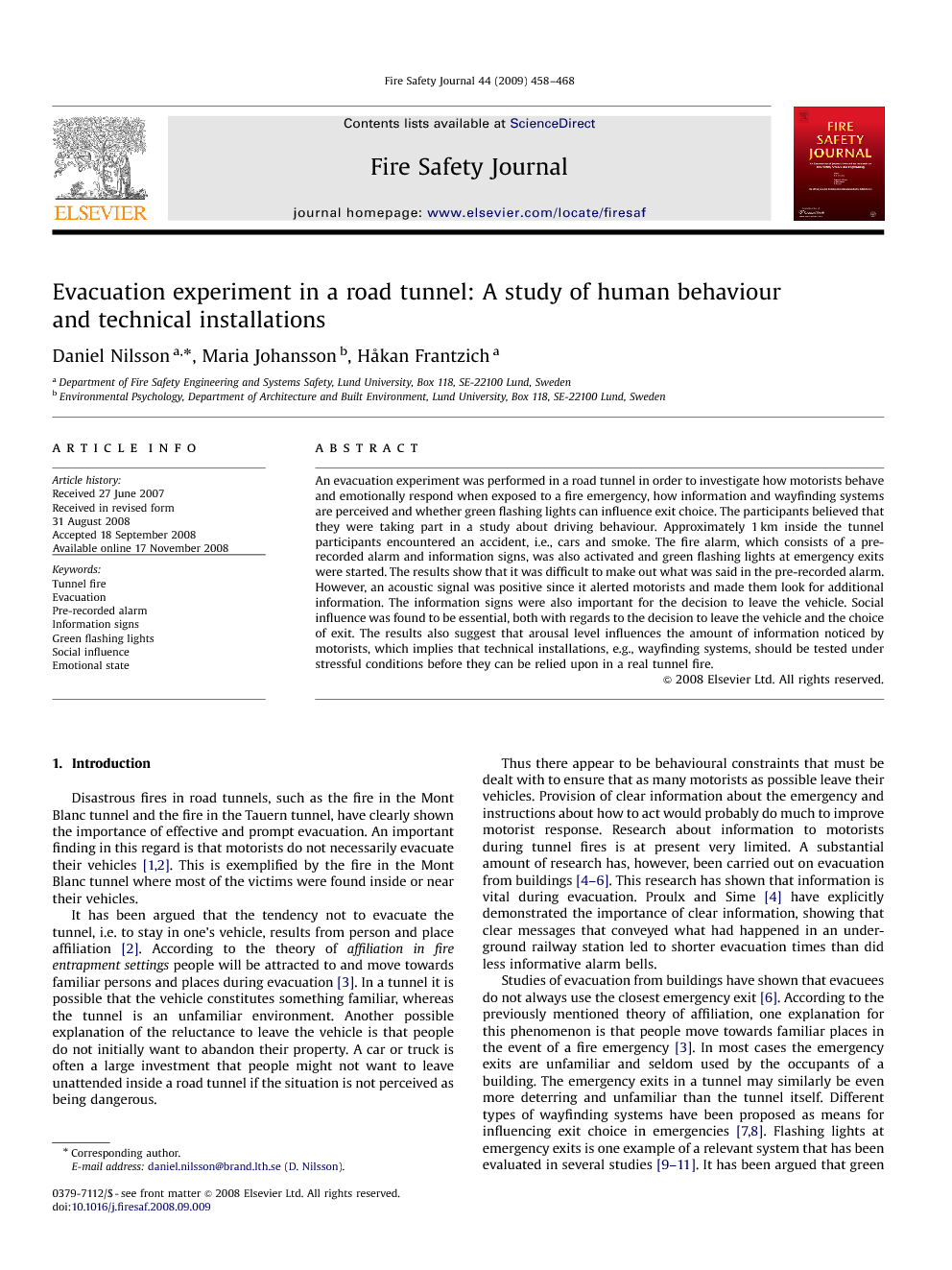 An evacuation experiment was performed in a road tunnel in order to investigate how motorists behave and emotionally respond when exposed to a fire emergency, how information and wayfinding systems are perceived and whether green flashing lights can influence exit choice. The participants believed that they were taking part in a study about driving behaviour. Approximately 1 km inside the tunnel participants encountered an accident, i.e., cars and smoke. The fire alarm, which consists of a pre-recorded alarm and information signs, was also activated and green flashing lights at emergency exits were started. The results show that it was difficult to make out what was said in the pre-recorded alarm. However, an acoustic signal was positive since it alerted motorists and made them look for additional information. The information signs were also important for the decision to leave the vehicle. Social influence was found to be essential, both with regards to the decision to leave the vehicle and the choice of exit. The results also suggest that arousal level influences the amount of information noticed by motorists, which implies that technical installations, e.g., wayfinding systems, should be tested under stressful conditions before they can be relied upon in a real tunnel fire.

The study suggests that social influence plays an important role both for the decision to leave the vehicle and the choice of exit during evacuation. Since people are influenced by others it is imperative that someone begins to evacuate. Results indicate that evacuation messages may be difficult to make out in a road tunnel, but that an acoustic signal is preferable since it alerts motorists and makes them look for additional information. Information signs are a good way to deliver concise and precise information about an emergency. Green flashing lights may also be important, but results suggest that motorist do not always consciously notice lights at emergency exits. The study of emotional state indicates that arousal level influences the amount of information that is noticed by motorists. This suggests that technical installations, e.g., wayfinding systems, should be tested under stressful conditions before they can be relied upon in a real tunnel fire.