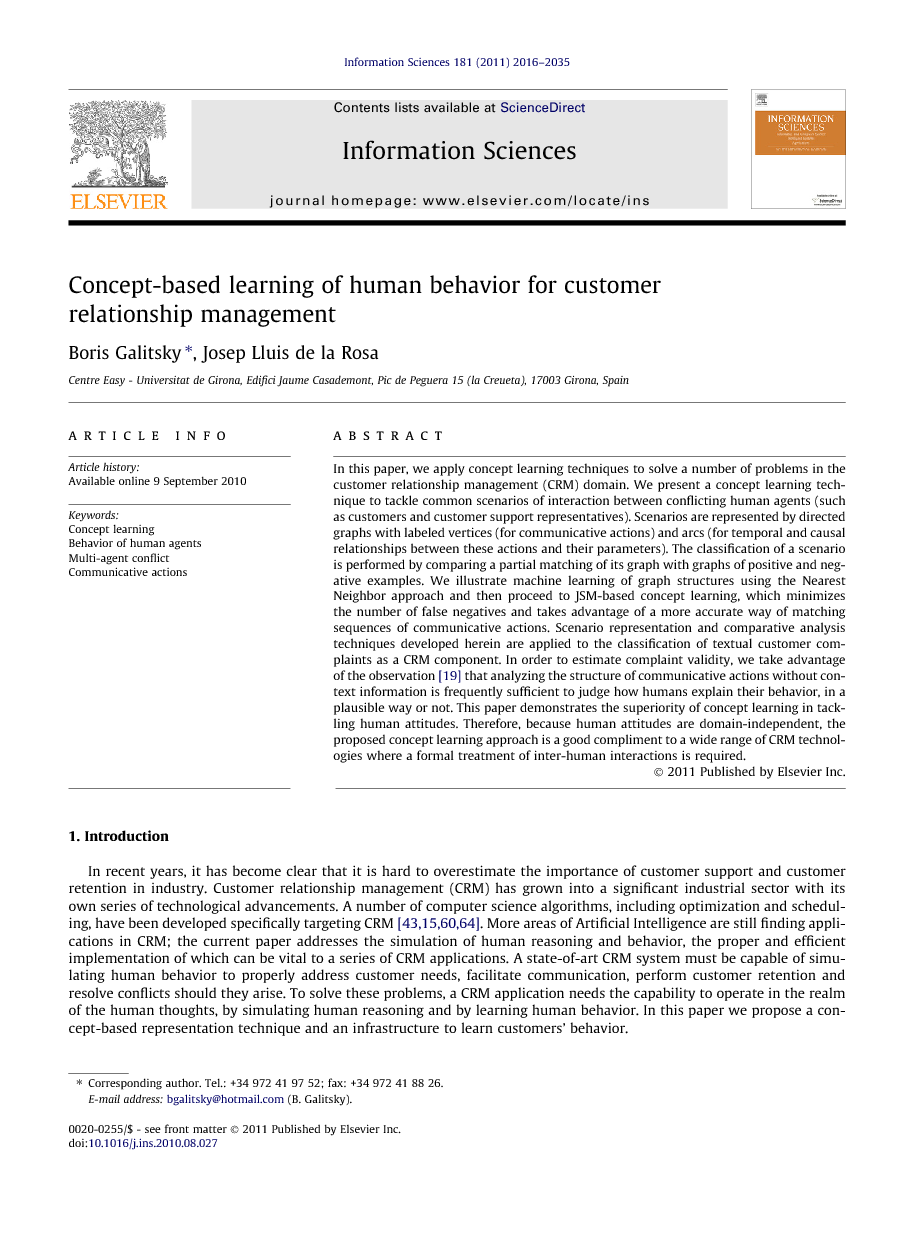 In this paper, we apply concept learning techniques to solve a number of problems in the customer relationship management (CRM) domain. We present a concept learning technique to tackle common scenarios of interaction between conflicting human agents (such as customers and customer support representatives). Scenarios are represented by directed graphs with labeled vertices (for communicative actions) and arcs (for temporal and causal relationships between these actions and their parameters). The classification of a scenario is performed by comparing a partial matching of its graph with graphs of positive and negative examples. We illustrate machine learning of graph structures using the Nearest Neighbor approach and then proceed to JSM-based concept learning, which minimizes the number of false negatives and takes advantage of a more accurate way of matching sequences of communicative actions. Scenario representation and comparative analysis techniques developed herein are applied to the classification of textual customer complaints as a CRM component. In order to estimate complaint validity, we take advantage of the observation [19] that analyzing the structure of communicative actions without context information is frequently sufficient to judge how humans explain their behavior, in a plausible way or not. This paper demonstrates the superiority of concept learning in tackling human attitudes. Therefore, because human attitudes are domain-independent, the proposed concept learning approach is a good compliment to a wide range of CRM technologies where a formal treatment of inter-human interactions is required.