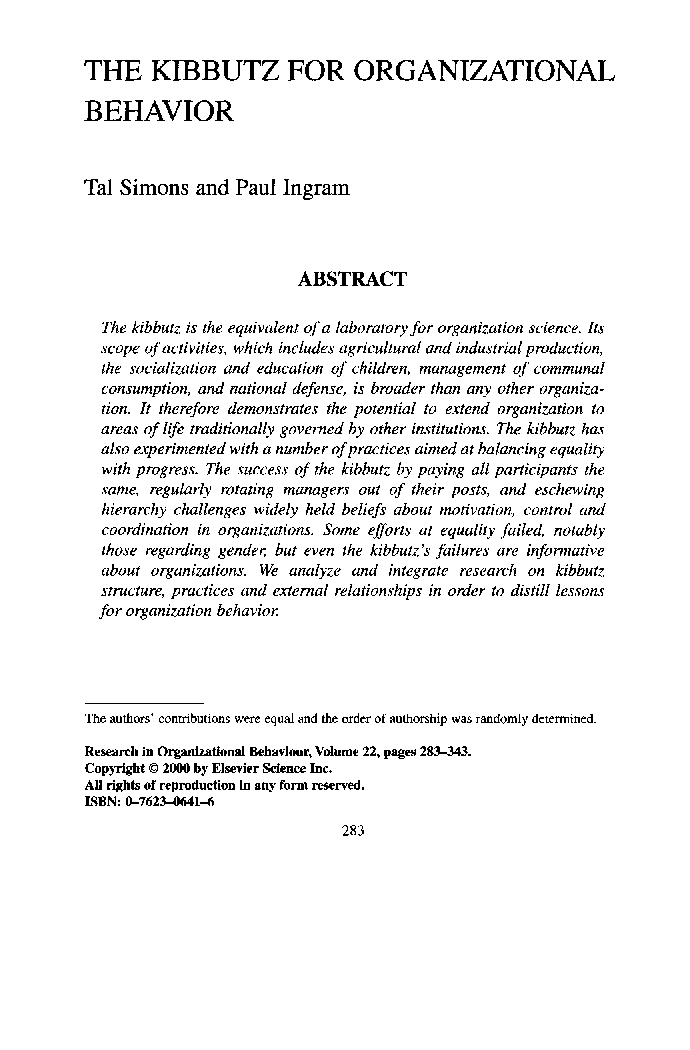 The kibbutz is the equivalent of a laboratory for organization science. Its scope of activities, which includes agricultural and industrial production, the socialization and education of children, management of communal consumption, and national defense, is broader than any other organization. It therefore demonstrates the potential to extend organization to areas of life traditionally governed by other institutions. The kibbutz has also experimented with a number of practices aimed at balancing equality with progress. The success of the kibbutz by paying all participants the same, regularly rotating managers out of their posts, and eschewing hierarchy challenges widely held beliefs about motivation, control and coordination in organizations. Some efforts at equality failed, notably those regarding gender, but even the kibbutz's failures are informative about organizations. We analyze and integrate research on kibbutz structure, practices and external relationships in order to distill lessons for organization behavior.