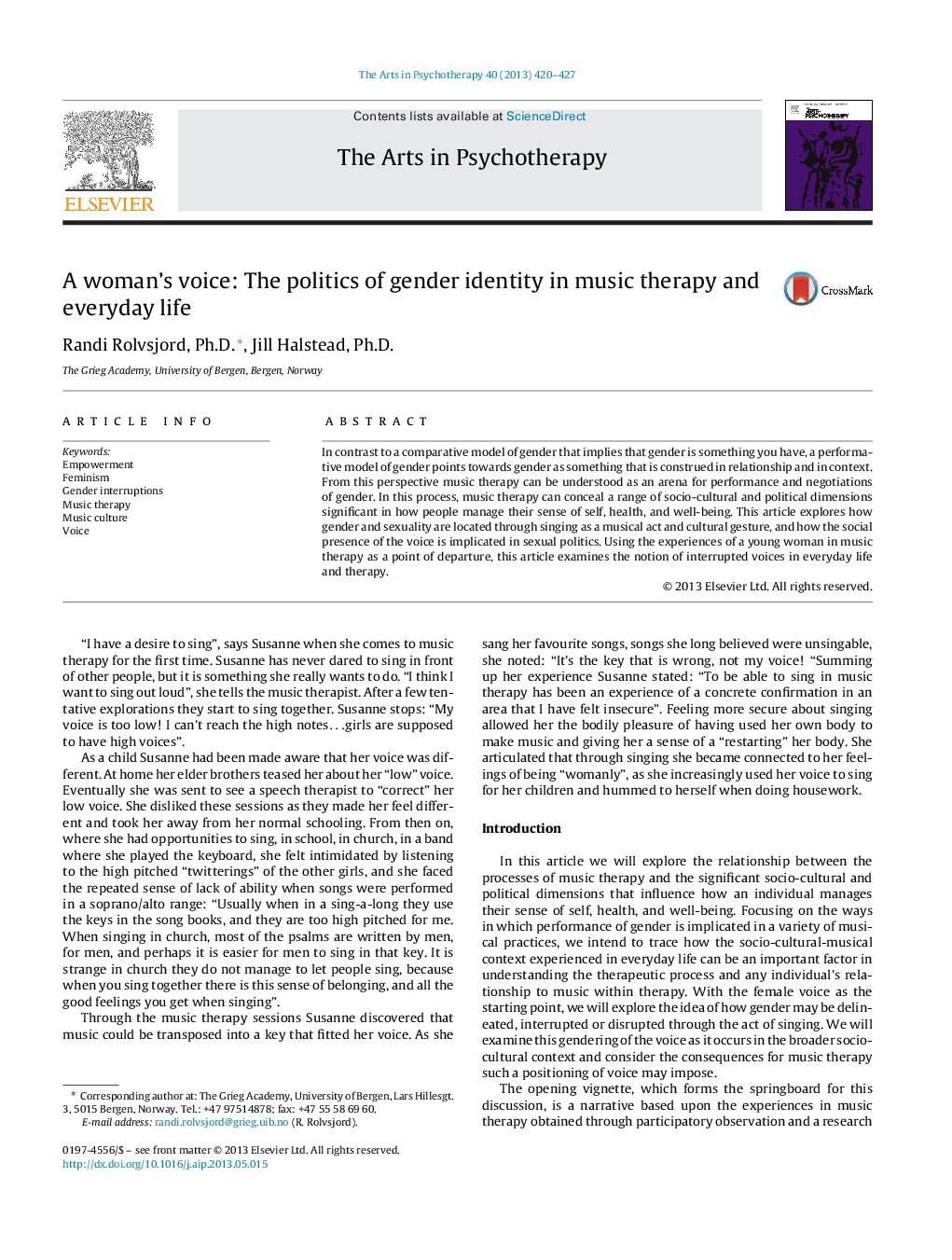 In contrast to a comparative model of gender that implies that gender is something you have, a performative model of gender points towards gender as something that is construed in relationship and in context. From this perspective music therapy can be understood as an arena for performance and negotiations of gender. In this process, music therapy can conceal a range of socio-cultural and political dimensions significant in how people manage their sense of self, health, and well-being. This article explores how gender and sexuality are located through singing as a musical act and cultural gesture, and how the social presence of the voice is implicated in sexual politics. Using the experiences of a young woman in music therapy as a point of departure, this article examines the notion of interrupted voices in everyday life and therapy.