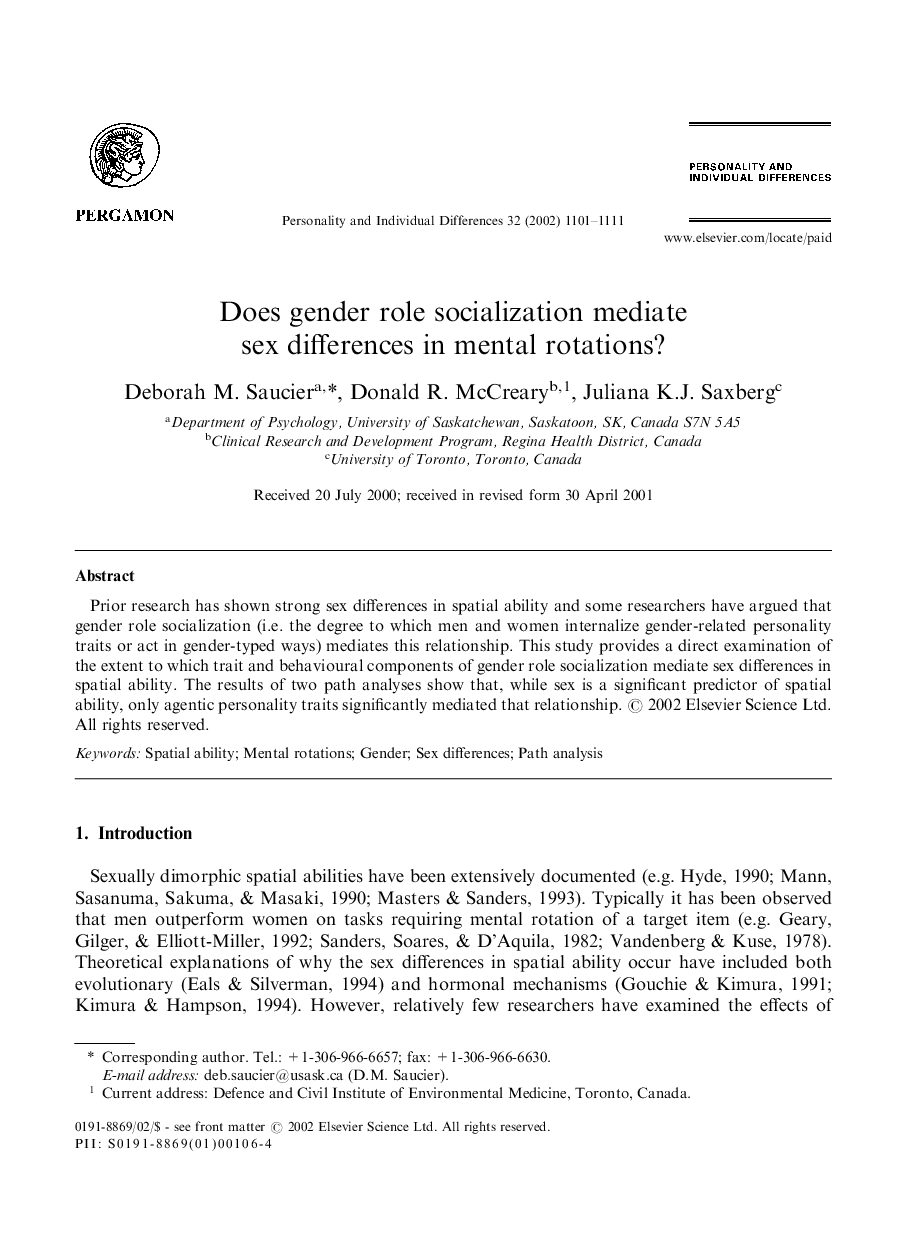 Prior research has shown strong sex differences in spatial ability and some researchers have argued that gender role socialization (i.e. the degree to which men and women internalize gender-related personality traits or act in gender-typed ways) mediates this relationship. This study provides a direct examination of the extent to which trait and behavioural components of gender role socialization mediate sex differences in spatial ability. The results of two path analyses show that, while sex is a significant predictor of spatial ability, only agentic personality traits significantly mediated that relationship.