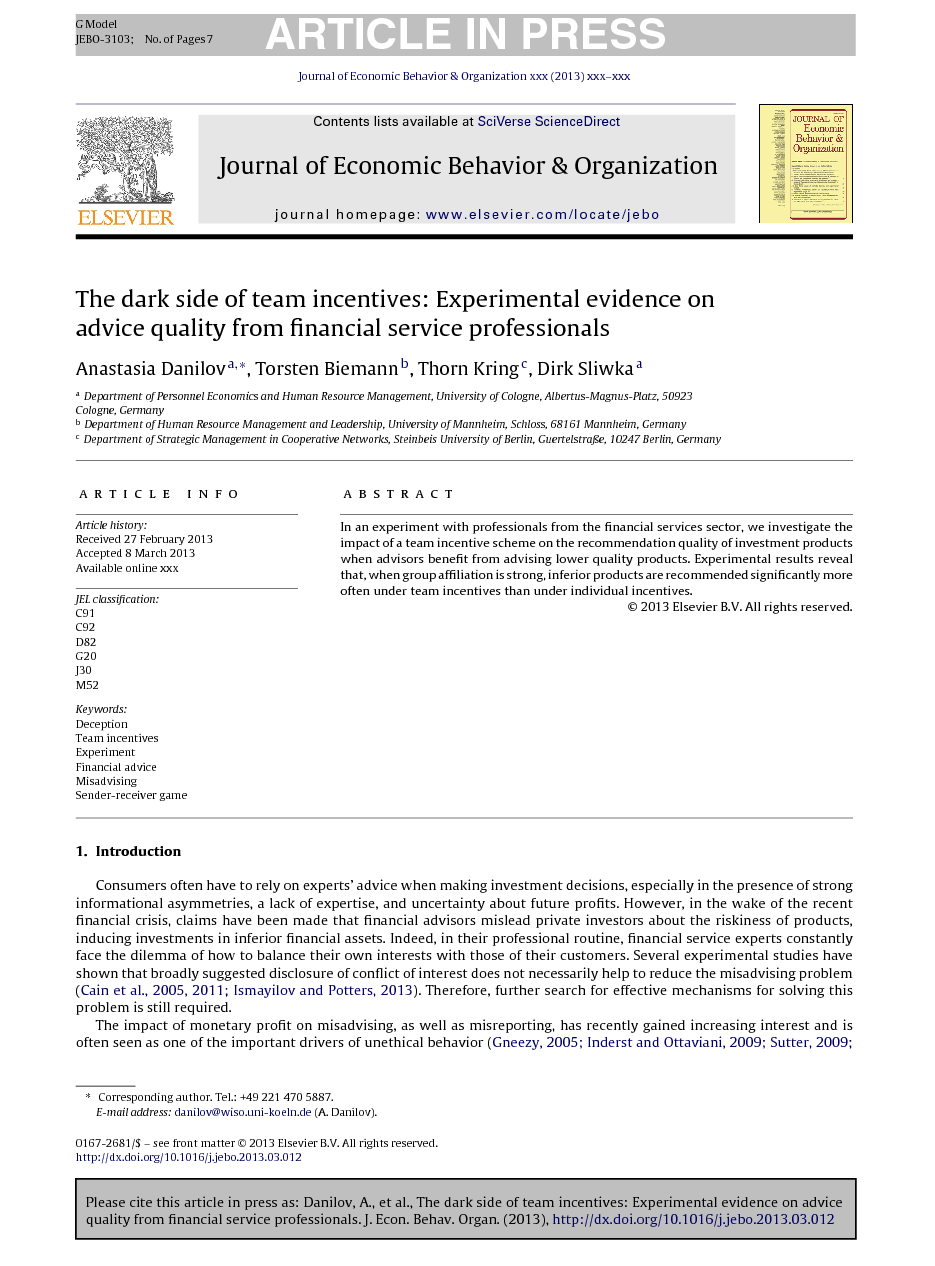 In an experiment with professionals from the financial services sector, we investigate the impact of a team incentive scheme on the recommendation quality of investment products when advisors benefit from advising lower quality products. Experimental results reveal that, when group affiliation is strong, inferior products are recommended significantly more often under team incentives than under individual incentives.

A potential negative impact of individual incentive schemes, such as relative performance pay or target-based incentives, on ethical behavior has been broadly discussed in economics and management research (i.e., Schweitzer et al., 2004, Denis et al., 2006, Ordonez et al., 2009 and Cadsby et al., 2010). Moreover, some recent studies (e.g., Conrads et al., 2013) have indicated that team incentives may induce lying. Our results show that team incentives can induce a lower recommendation quality for credence goods by professional financial service advisors when they are from a sample with closer social ties. In the experiment, retail banking professionals were asked to recommend one out of six investment products to customers. Here, advisors had the opportunity to reap material benefits by recommending financially unattractive products to customers. We find that group incentives lead to lower recommendation quality when the group affiliation is strong. As close affiliation between team members is what we encounter in real-world organizations, where group bonuses are paid to team members who typically work together over long time horizons, this problem is particularly relevant. Our results indicate that under close group affiliation, individual incentives may be beneficial to induce more honest behavior, potentially because the selfish nature of distorted advice is more obvious and may raise the individual costs of lying.