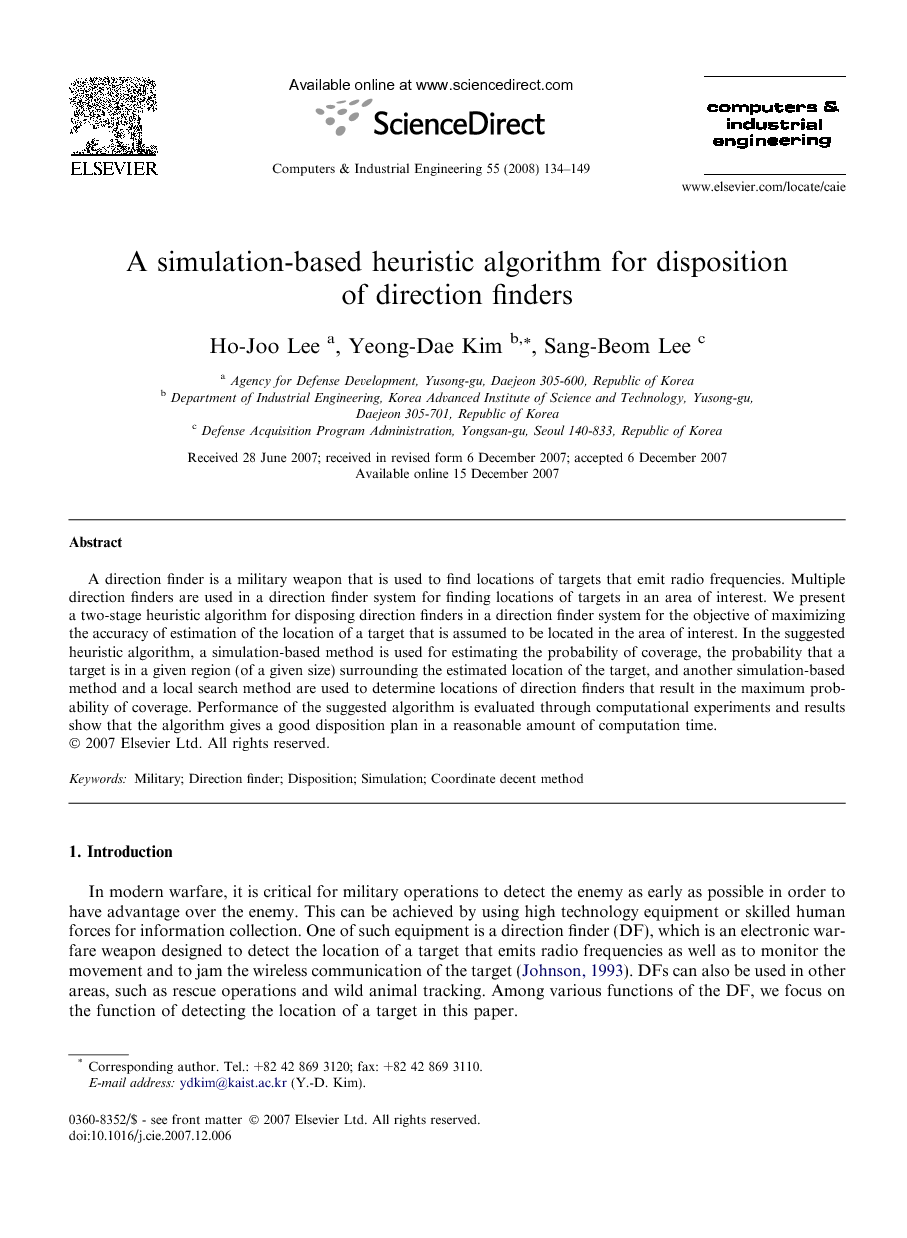 In this paper, we considered the problem of disposing direction finders (DFs) for better operation of direction finders for the objective of maximizing the accuracy of location estimation. Because of the difficulty in developing an exact method for the problem, we presented a two-stage heuristic algorithm in which a simulation-based method is used for estimating probability of coverage for each disposition alternative and a local search method using the cyclic coordinate descent method is used for finding the best locations of the DFs. In the first stage, locations of DFs are restricted to be located on the baseline, and then the restriction is relaxed in the second stage to find better locations for the DFs. Results of computational experiments on a number of test problems showed that the algorithm can give good disposition plans in a reasonable amount of CPU time. Even though there exist slight differences in the locations of DFs obtained from different replications (because of the nature of simulation), one can get a general idea on where to locate DFs to cover the area of interest effectively. In this study, we focused on three-DF systems since three-DF systems are most commonly used in real situations. Without much modification, however, the suggested method can be applied to more general cases, in which there are more than three-DFs in a system. Also, with certain modifications, one can devise a method for the disposition problem for cases in which a DF system is used along with a nearby DF system to estimate the location of a target. It is assumed in this study that there is no information distortion on the directional data due to topography (configuration of land such as mountains and hills), although there actually may be in real circumstances. Development of a method for adjusting directional data based on geographical analysis is needed for accurate directional data and a better performance of a DF or a DF system, and it is left for a future study. In addition, we need to solve another type of decision problems in the battlefield. Once multiple targets are detected and associated target regions are estimated by a DF system, we need to physically search the target region in order to identify the types and exact locations of the targets for further military operations. Since the targets may move, we need to complete the physical search as quickly as possible. In this case, it is necessary to solve a problem of finding the target within a limited time by determining a route for the physical search.