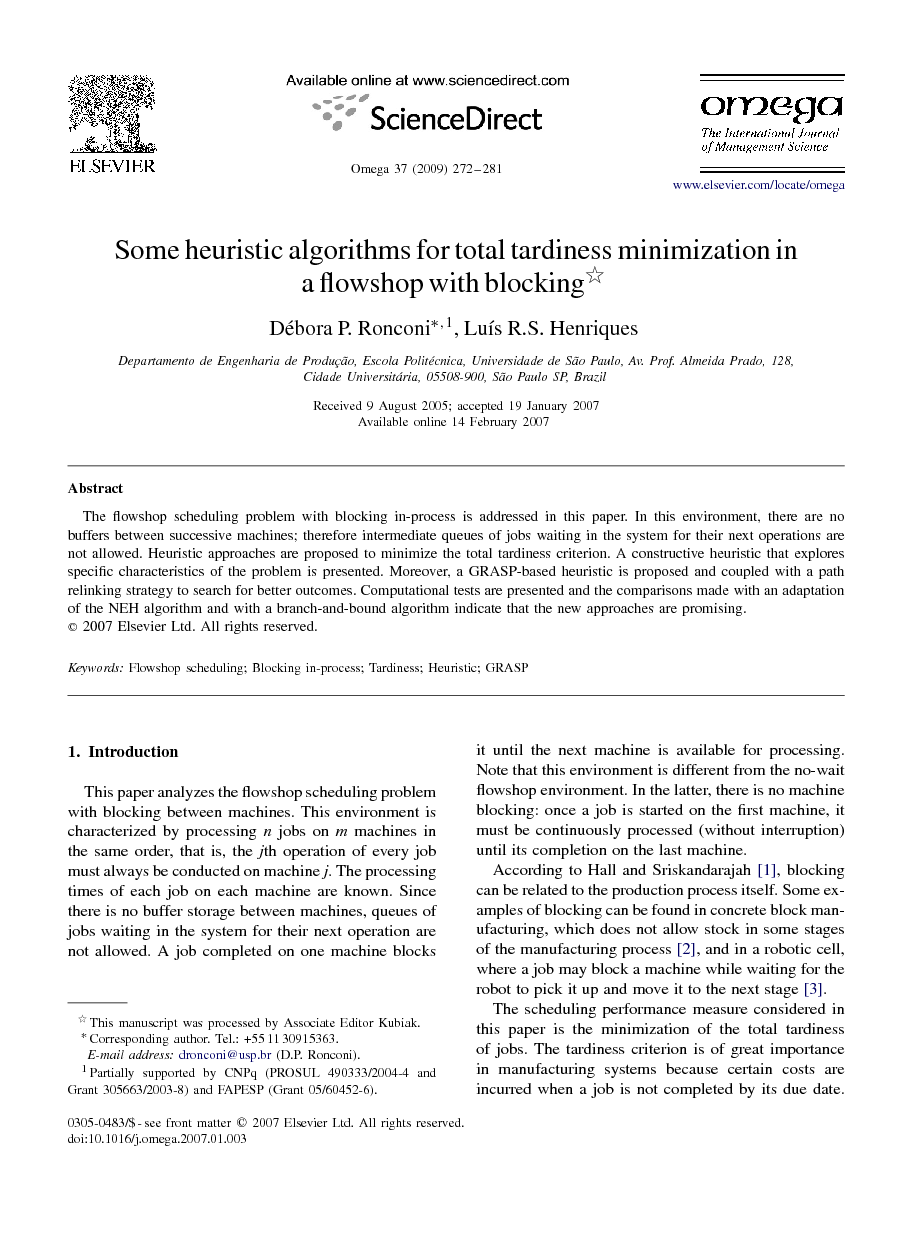 The flowshop scheduling problem with blocking in-process is addressed in this paper. In this environment, there are no buffers between successive machines; therefore intermediate queues of jobs waiting in the system for their next operations are not allowed. Heuristic approaches are proposed to minimize the total tardiness criterion. A constructive heuristic that explores specific characteristics of the problem is presented. Moreover, a GRASP-based heuristic is proposed and coupled with a path relinking strategy to search for better outcomes. Computational tests are presented and the comparisons made with an adaptation of the NEH algorithm and with a branch-and-bound algorithm indicate that the new approaches are promising.

In this paper we studied the minimization of the total tardiness in a flowshop with blocking scheduling. First, we proposed a constructive heuristic called FPDNEH. In a comparison of the FPDNEH against the LBNEH algorithm, known as the best constructive heuristic for this problem, the proposed algorithm presented an average improvement of 11.11% and achieved better results in 336 of the 480 tested problems. This behavior is probably due to the fact that the dispatch rule FPD explores the non-existence of intermediate buffers, as well as the characteristics related to the tardiness criterion. Then, we developed a GRASP-based heuristic to obtain better solutions within a reasonable period of time. The basic version presented an overall average improvement of 30.98% in comparison with the constructive heuristic, and better results in 475 of the 480 test-problems. Furthermore, the association of GRASP with a path relinking strategy was able to improve the performance of the metaheuristic for some problems, with approximately the same running time. Finally, the comparison with optimal solutions for small problems showed that all versions can yield good results, especially GRASP with path relinking. As a future research effort, it would be interesting to extend the ideas presented in this paper to the flowshop with blocking, aiming to minimize the total earliness and tardiness cost.