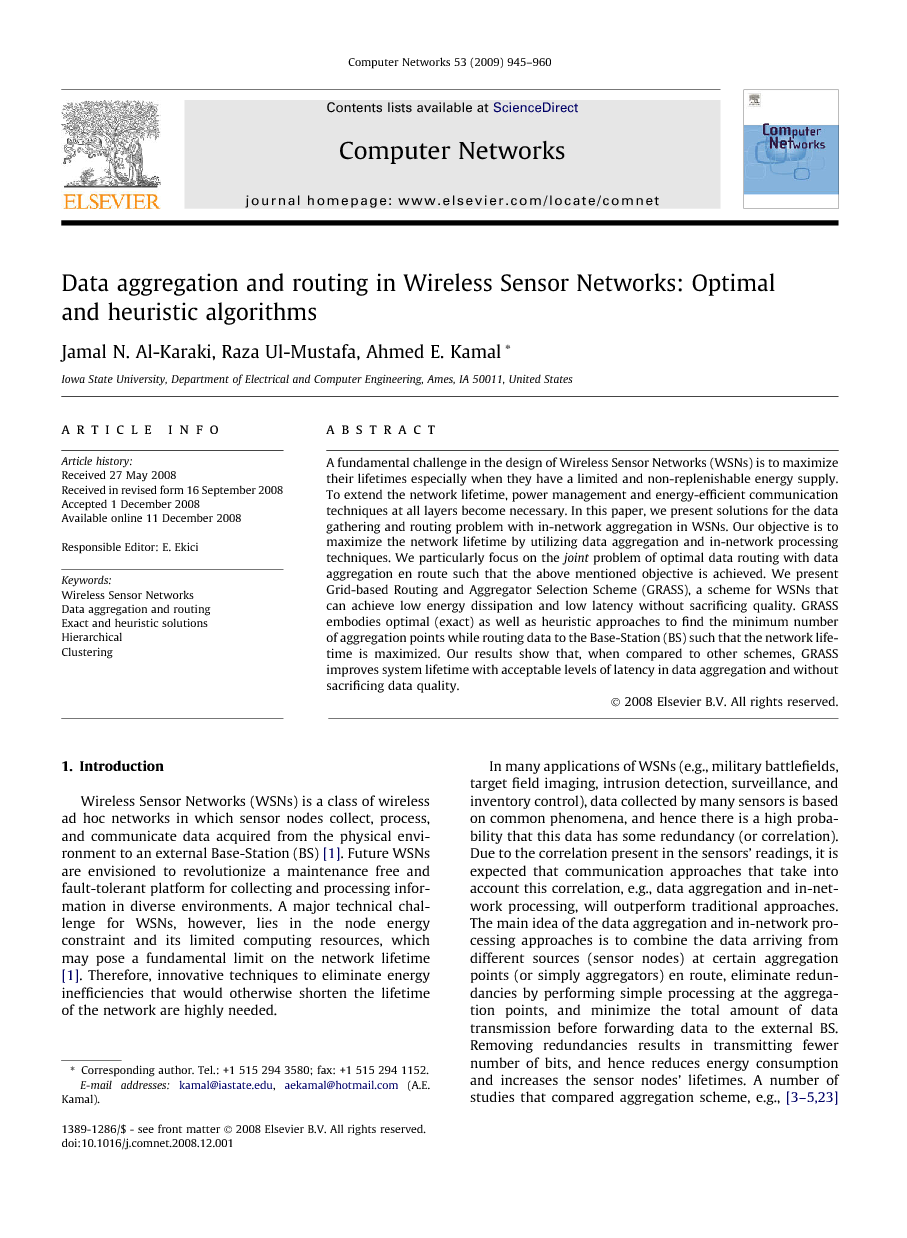 A fundamental challenge in the design of Wireless Sensor Networks (WSNs) is to maximize their lifetimes especially when they have a limited and non-replenishable energy supply. To extend the network lifetime, power management and energy-efficient communication techniques at all layers become necessary. In this paper, we present solutions for the data gathering and routing problem with in-network aggregation in WSNs. Our objective is to maximize the network lifetime by utilizing data aggregation and in-network processing techniques. We particularly focus on the joint problem of optimal data routing with data aggregation en route such that the above mentioned objective is achieved. We present Grid-based Routing and Aggregator Selection Scheme (GRASS), a scheme for WSNs that can achieve low energy dissipation and low latency without sacrificing quality. GRASS embodies optimal (exact) as well as heuristic approaches to find the minimum number of aggregation points while routing data to the Base-Station (BS) such that the network lifetime is maximized. Our results show that, when compared to other schemes, GRASS improves system lifetime with acceptable levels of latency in data aggregation and without sacrificing data quality.

In this paper, we studied the maximum lifetime data gathering and routing problem in WSNs. We showed that cluster-based algorithms along with data aggregation and in-network processing can achieve significant energy savings in WSNs. This has a direct effect on prolonging the network lifetime. In particular, we developed GRASS (Grid-based Routing and Aggregator Selection Scheme), a scheme for WSNs that combines the ideas of fixed cluster-based routing together with application-specific data aggregation in order to enhance the wireless sensor network performance in terms of extending the network lifetime, while incurring acceptable levels of latency under data aggregation. Within GRASS, we have presented optimal as well as heuristic algorithms that solve the joint problem of optimal routing with data aggregation for the sake of maximizing the network lifetime. Our results show that, when compared to other approaches in the literature, the proposed scheme is able to improve the network lifetime while incurring acceptable levels of latency and without sacrificing quality. Hence, GRASS can attain the energy and latency efficiency needed for Wireless Sensor Networks.