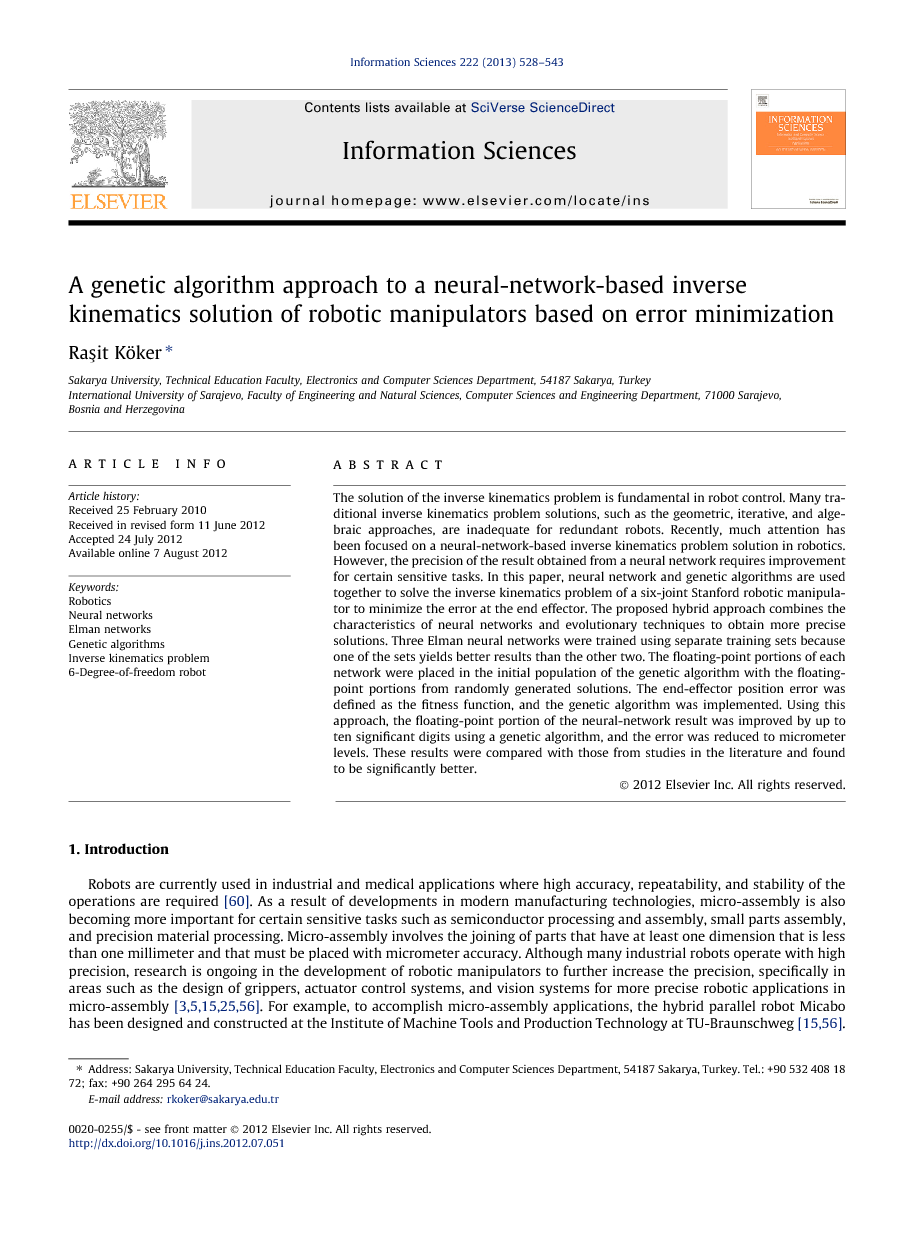 The solution of the inverse kinematics problem is fundamental in robot control. Many traditional inverse kinematics problem solutions, such as the geometric, iterative, and algebraic approaches, are inadequate for redundant robots. Recently, much attention has been focused on a neural-network-based inverse kinematics problem solution in robotics. However, the precision of the result obtained from a neural network requires improvement for certain sensitive tasks. In this paper, neural network and genetic algorithms are used together to solve the inverse kinematics problem of a six-joint Stanford robotic manipulator to minimize the error at the end effector. The proposed hybrid approach combines the characteristics of neural networks and evolutionary techniques to obtain more precise solutions. Three Elman neural networks were trained using separate training sets because one of the sets yields better results than the other two. The floating-point portions of each network were placed in the initial population of the genetic algorithm with the floating-point portions from randomly generated solutions. The end-effector position error was defined as the fitness function, and the genetic algorithm was implemented. Using this approach, the floating-point portion of the neural-network result was improved by up to ten significant digits using a genetic algorithm, and the error was reduced to micrometer levels. These results were compared with those from studies in the literature and found to be significantly better.