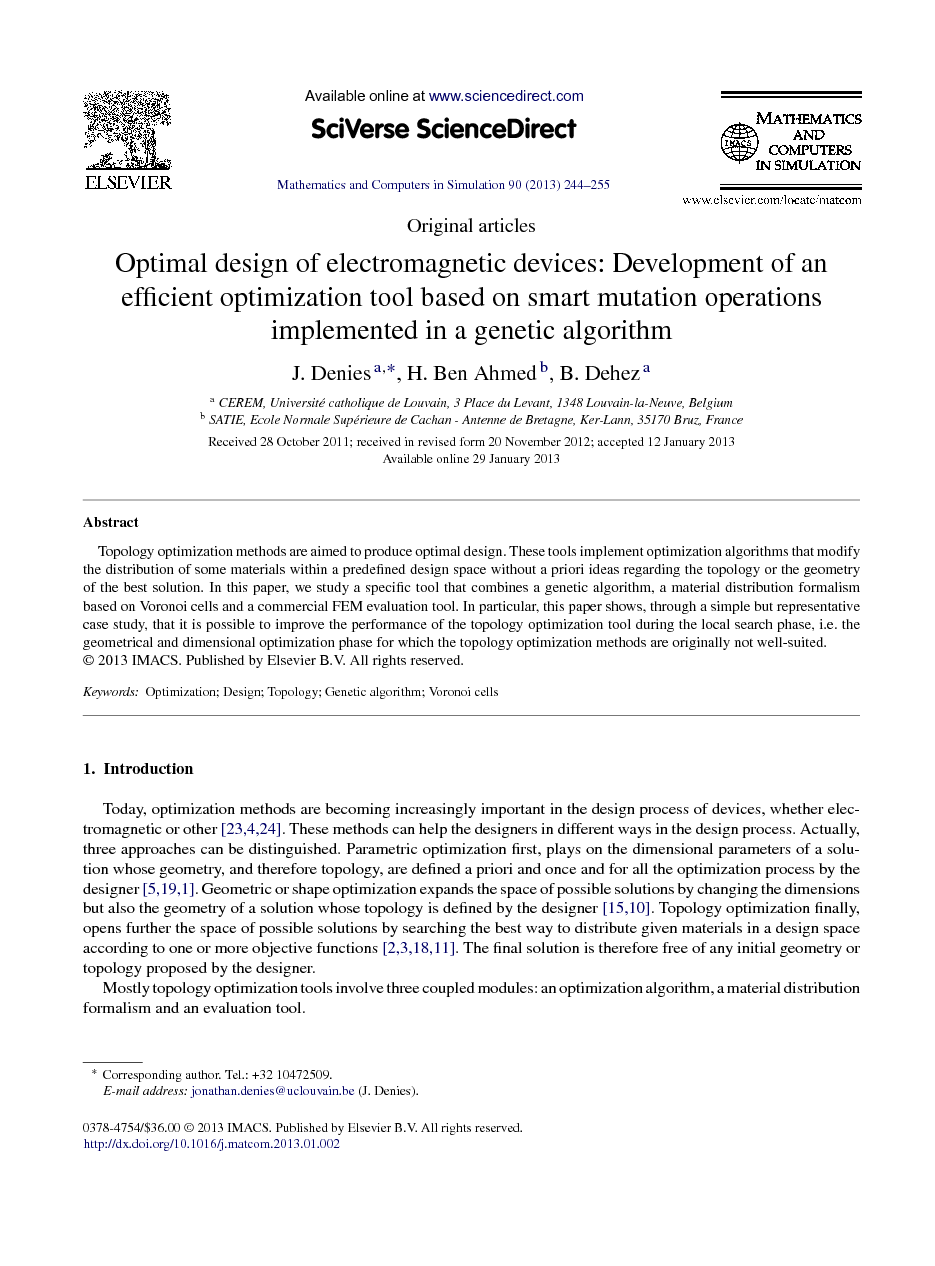 Genetic algorithms, like many metaheuristics have a very good global search capability, but they are less suitable for local search. Used in topology optimization tools, these algorithms are therefore very effective at finding the optimal topology but less to refine the geometry or dimensions of the solution. In this paper, we showed that it is possible to adapt the genetic algorithm by introducing a specific mutation mechanism so as to improve its ability to perform dimensional and geometric optimization. This mechanism is based on the possibility offered by the material distribution formalism, in this instance the Voronoi diagram, to modify the subdivision of the design space by moving the Voronoi center. It consists then in changing the amplitude of movement, characterized by a parameter α, during the optimization process in order to support the global search at an early stage of the optimization and the local search afterwards. Three different models of evolution of α are presented and compared to a static model considering α constant throughout the optimization. The first is changing linearly α depending on the number of generations. The second is based on the average minimum distance between cells. The third set independently for each cell a value of α directly related to the distance between the cell and its nearest neighbor. The comparisons made on a case study derived from an electromagnetic inverse problem shows that the three models proposed do not change the convergence of the algorithm in the global search phase. However, they offer a better convergence than the static model in the local search phase. This results in a final solution whose geometry is actually better, even if there is no gain in the topology.