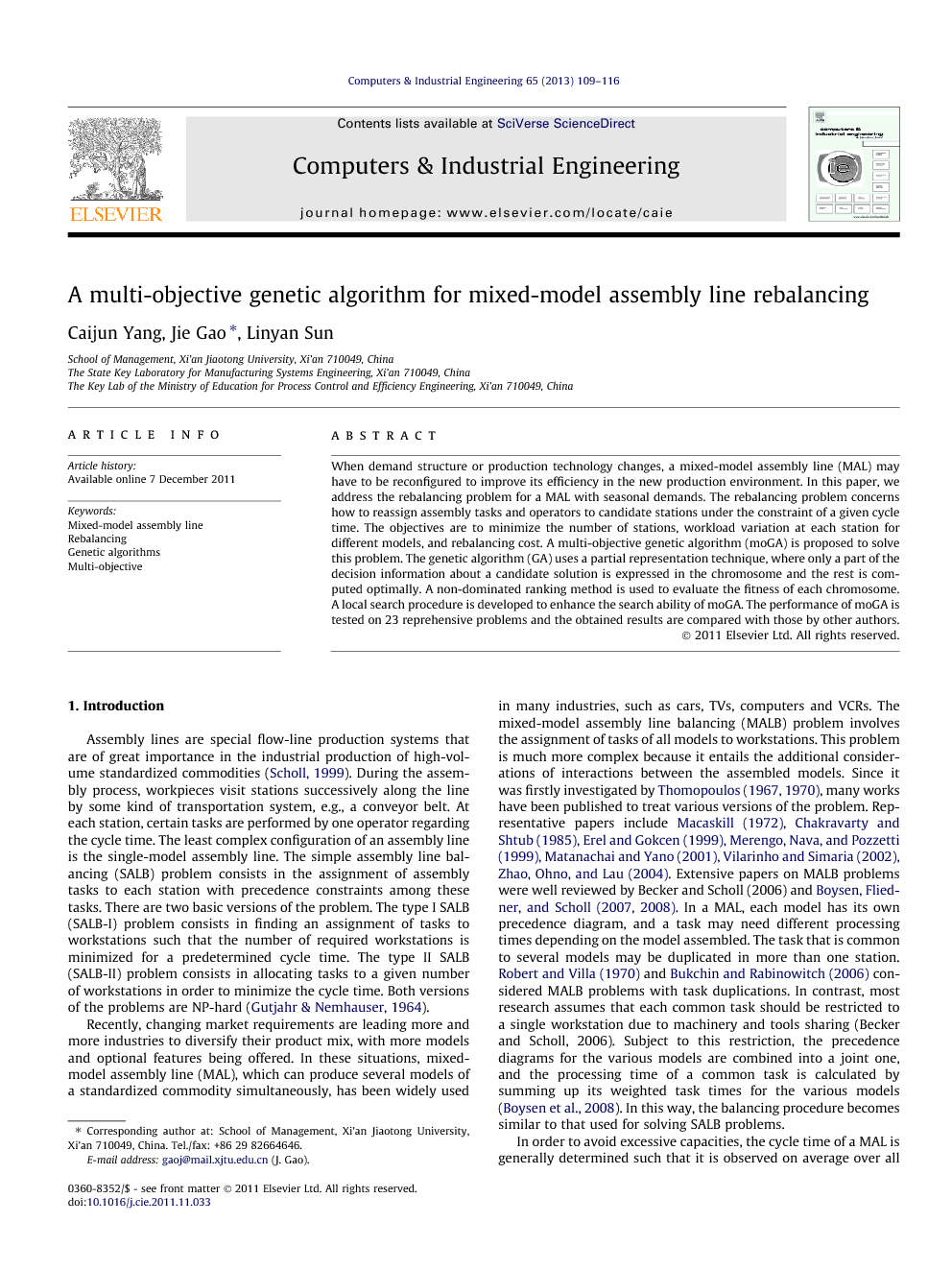 When demand structure or production technology changes, a mixed-model assembly line (MAL) may have to be reconfigured to improve its efficiency in the new production environment. In this paper, we address the rebalancing problem for a MAL with seasonal demands. The rebalancing problem concerns how to reassign assembly tasks and operators to candidate stations under the constraint of a given cycle time. The objectives are to minimize the number of stations, workload variation at each station for different models, and rebalancing cost. A multi-objective genetic algorithm (moGA) is proposed to solve this problem. The genetic algorithm (GA) uses a partial representation technique, where only a part of the decision information about a candidate solution is expressed in the chromosome and the rest is computed optimally. A non-dominated ranking method is used to evaluate the fitness of each chromosome. A local search procedure is developed to enhance the search ability of moGA. The performance of moGA is tested on 23 reprehensive problems and the obtained results are compared with those by other authors.

A balanced mixed-model assembly line may need to be rebalanced when demands change over seasons. The MALRB-II problem concerns how to reassign the tasks and operators to candidate stations given the required cycle time. Because most assembly lines need manual work, rebalancing generally leads to retraining. Therefore, the MALRB-II problem minimizes not only the number of stations and workload variation at each station for different models, but also the rebalancing cost. In this study, a new rebalancing cost function is proposed. Then, the problem is formulated as a three-objective combinatorial optimization problem. In this study, a moGA was proposed to solve the problem. Only partial decision information about the candidate solutions is expressed in the chromosome and the rest is computed optimally. As a result, the length of the chromosome is reduced, and the coding space only contains part of the candidate solutions. A non-dominated ranking method is used to evaluate the fitness of each chromosome. In order to strengthen the search ability, a local search procedure is integrated under the framework of GA. The performance of the proposed method is tested on 23 representative MALRB-II problems. Compared with Merengo et al.’s algorithm for MALB problems, the proposed approach finds out better solutions. For future research, robust mixed-model assembly line balancing with uncertain demands may be of interest.