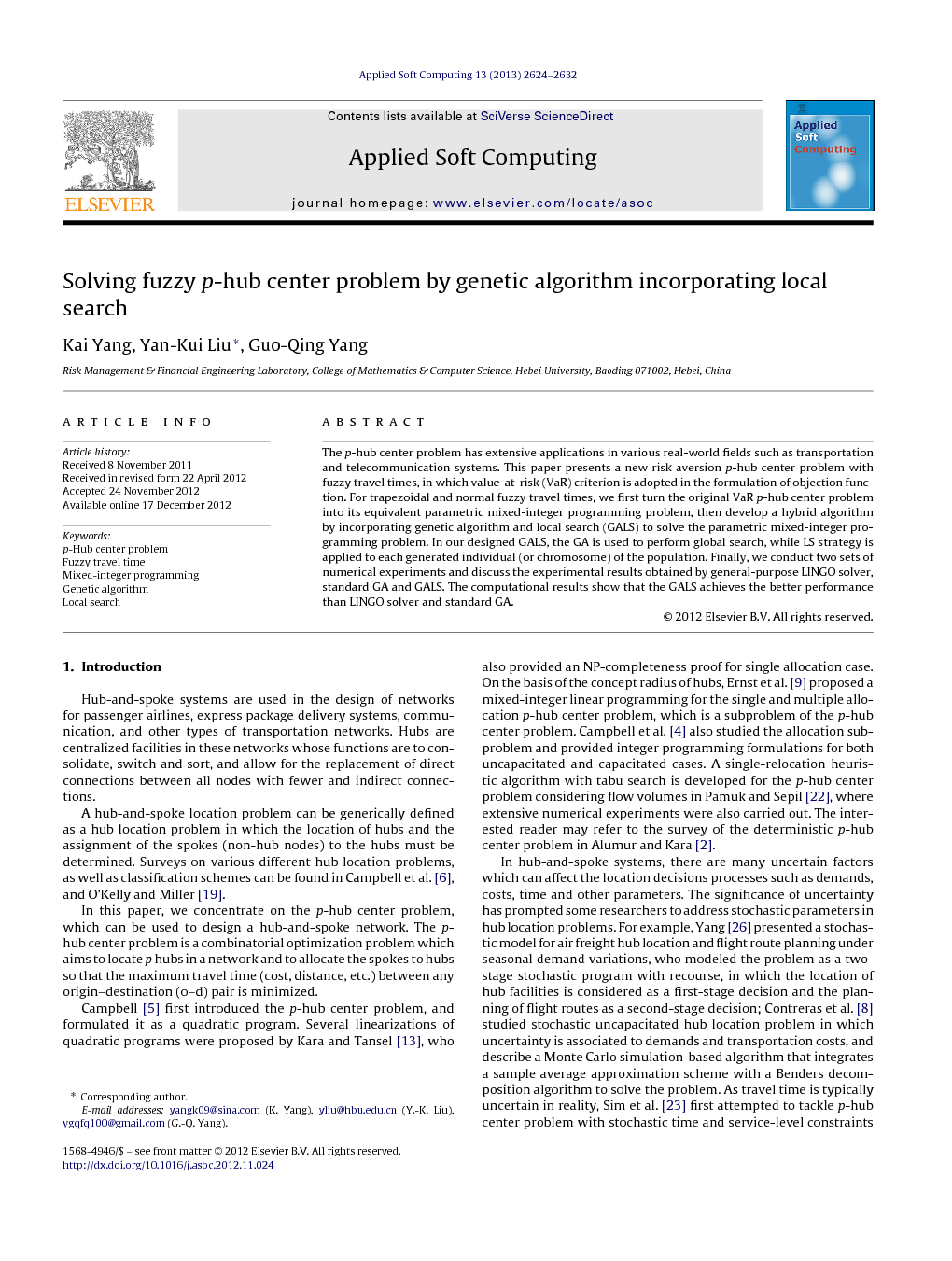 The p-hub center problem has extensive applications in various real-world fields such as transportation and telecommunication systems. This paper presents a new risk aversion p-hub center problem with fuzzy travel times, in which value-at-risk (VaR) criterion is adopted in the formulation of objection function. For trapezoidal and normal fuzzy travel times, we first turn the original VaR p-hub center problem into its equivalent parametric mixed-integer programming problem, then develop a hybrid algorithm by incorporating genetic algorithm and local search (GALS) to solve the parametric mixed-integer programming problem. In our designed GALS, the GA is used to perform global search, while LS strategy is applied to each generated individual (or chromosome) of the population. Finally, we conduct two sets of numerical experiments and discuss the experimental results obtained by general-purpose LINGO solver, standard GA and GALS. The computational results show that the GALS achieves the better performance than LINGO solver and standard GA.

In this paper, we have developed a new fuzzy p-hub center problem with VaR criterion, where the travel times are characterized by fuzzy variables with known possibility distributions. The major new results include the following several aspects: (i) A new fuzzy p-hub center problem has been developed, where we adopted the VaR criterion in the objective. For common fuzzy travel times, the proposed p-hub center problems are equivalent to parametric mixed-integer programming models. (ii) According to the structural characteristics of the equivalent parametric mixed-integer programming problems, we designed a GALS algorithm to solve them. Our objective was to exploit the features of GALS algorithm in finding the location of hubs, and the assignment of non-hub to the hubs. (iii) Two sets of numerical experiments based on 25 city nodes and URAND data sets were carried out to test the performance of the proposed GALS heuristic algorithm. (iv) We also compared the designed GALS algorithm with general-purpose LINGO solver and standard GA, and the computational results showed that the GALS achieves better performance than LINGO solver and standard GA.