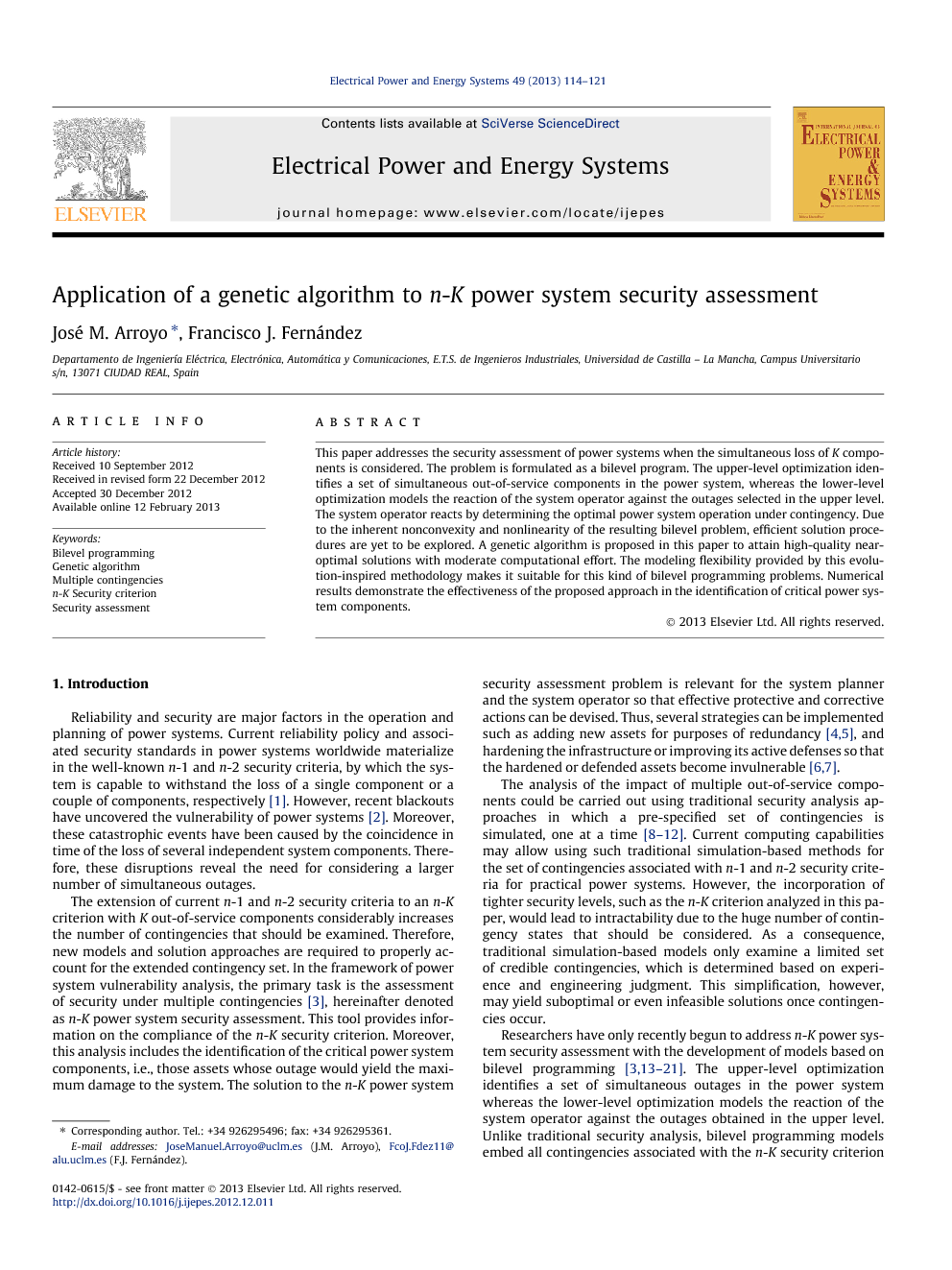 This paper addresses the security assessment of power systems when the simultaneous loss of K components is considered. The problem is formulated as a bilevel program. The upper-level optimization identifies a set of simultaneous out-of-service components in the power system, whereas the lower-level optimization models the reaction of the system operator against the outages selected in the upper level. The system operator reacts by determining the optimal power system operation under contingency. Due to the inherent nonconvexity and nonlinearity of the resulting bilevel problem, efficient solution procedures are yet to be explored. A genetic algorithm is proposed in this paper to attain high-quality near-optimal solutions with moderate computational effort. The modeling flexibility provided by this evolution-inspired methodology makes it suitable for this kind of bilevel programming problems. Numerical results demonstrate the effectiveness of the proposed approach in the identification of critical power system components.

A genetic algorithm is proposed to solve a general bilevel-programming-based model for n-K power system security assessment. The modeling framework provided by the proposed approach allows considering the nonlinearities and nonconvexities associated with the operation of power systems under contingency. The proposed genetic algorithm has been applied to a recently reported maximum disruption model with line switching. The resulting problem is characterized as a mixed-integer nonlinear bilevel programming problem for which no exact solution techniques are available. Numerical simulations revealed an effective performance by the genetic algorithm in terms of solution quality, robustness, and computational burden. Although computational issues are not a primary concern in this kind of planning problems, we recognize that the proposed approach may be computationally expensive for a large power system. Further work will examine the computational savings that may be gained from the parallel or distributed implementation of the genetic algorithm, the consideration of alternative genetic operators, and the use of efficient low-level software. In addition, research is currently underway to address more sophisticated security assessment models accounting for a precise nonlinear representation of power flows through the transmission network. Admittedly, an ac-network-constrained model will require much more computation time and needs further numerical studies. Another interesting issue for future research is to study the behavior of the genetic algorithm on minimum disruption models.