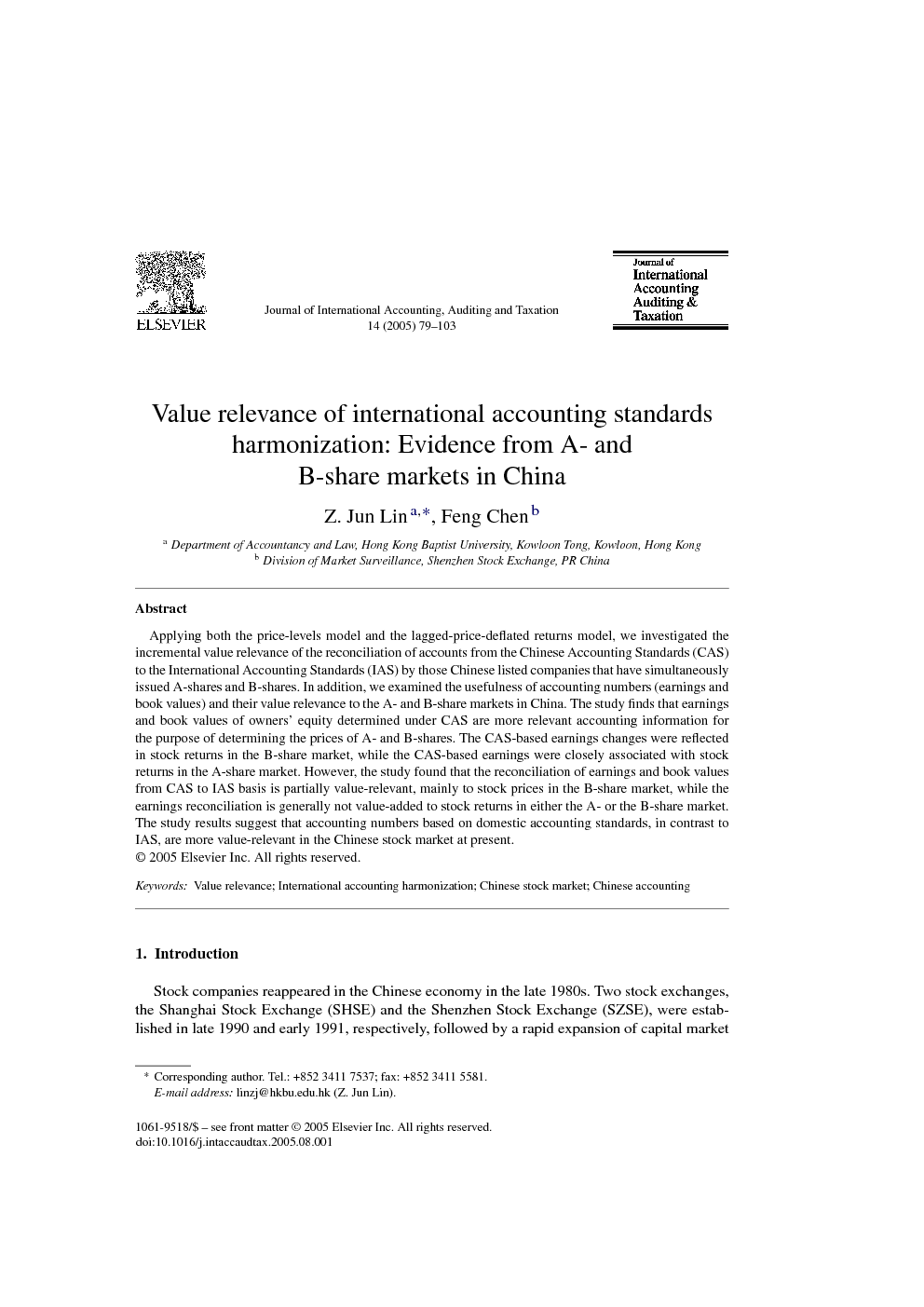 Applying both the price-levels model and the lagged-price-deflated returns model, we investigated the incremental value relevance of the reconciliation of accounts from the Chinese Accounting Standards (CAS) to the International Accounting Standards (IAS) by those Chinese listed companies that have simultaneously issued A-shares and B-shares. In addition, we examined the usefulness of accounting numbers (earnings and book values) and their value relevance to the A- and B-share markets in China. The study finds that earnings and book values of owners’ equity determined under CAS are more relevant accounting information for the purpose of determining the prices of A- and B-shares. The CAS-based earnings changes were reflected in stock returns in the B-share market, while the CAS-based earnings were closely associated with stock returns in the A-share market. However, the study found that the reconciliation of earnings and book values from CAS to IAS basis is partially value-relevant, mainly to stock prices in the B-share market, while the earnings reconciliation is generally not value-added to stock returns in either the A- or the B-share market. The study results suggest that accounting numbers based on domestic accounting standards, in contrast to IAS, are more value-relevant in the Chinese stock market at present.