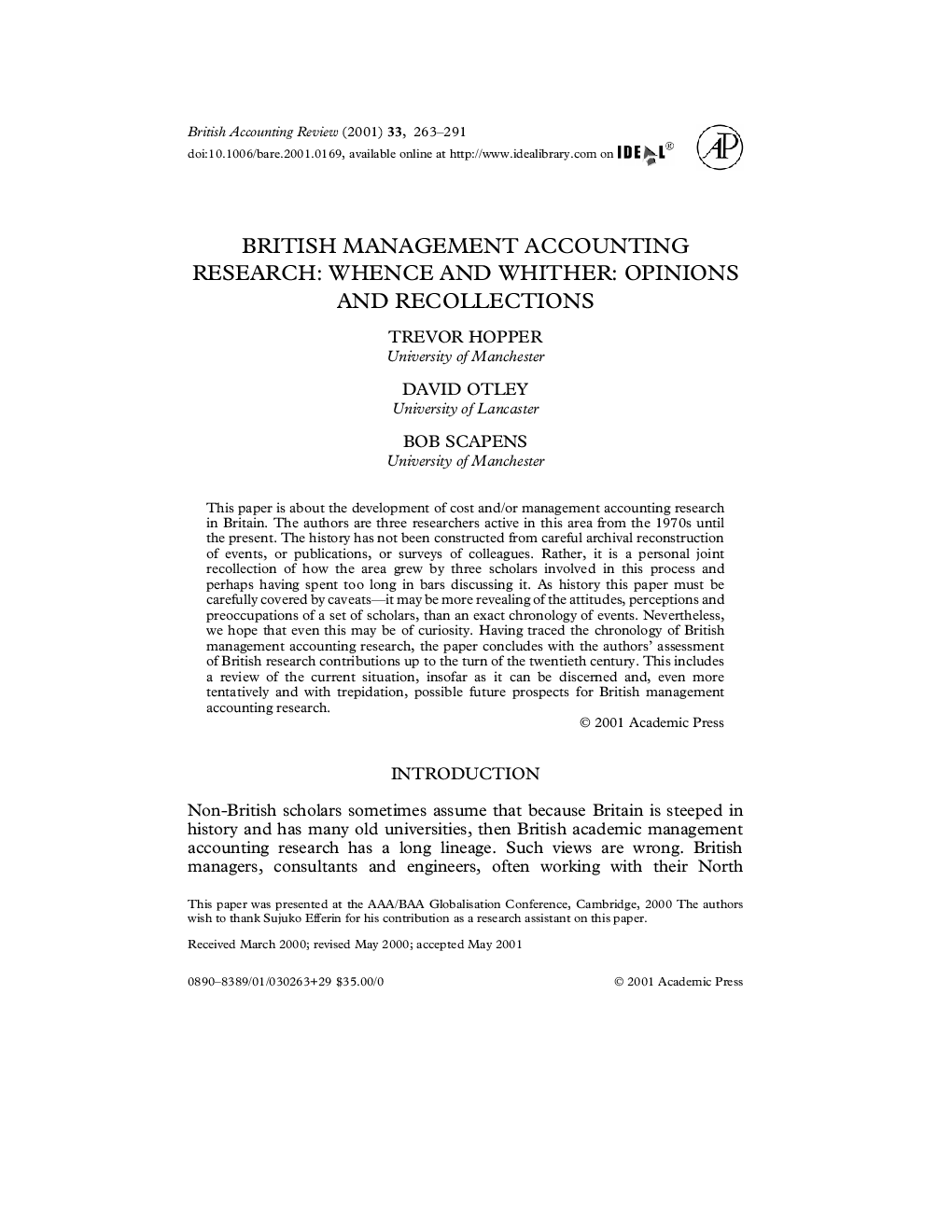 This paper is about the development of cost and/or management accounting research in Britain. The authors are three researchers active in this area from the 1970s until the present. The history has not been constructed from careful archival reconstruction of events, or publications, or surveys of colleagues. Rather, it is a personal joint recollection of how the area grew by three scholars involved in this process and perhaps having spent too long in bars discussing it. As history this paper must be carefully covered by caveats—it may be more revealing of the attitudes, perceptions and preoccupations of a set of scholars, than an exact chronology of events. Nevertheless, we hope that even this may be of curiosity. Having traced the chronology of British management accounting research, the paper concludes with the authors’ assessment of British research contributions up to the turn of the twentieth century. This includes a review of the current situation, insofar as it can be discerned and, even more tentatively and with trepidation, possible future prospects for British management accounting research.