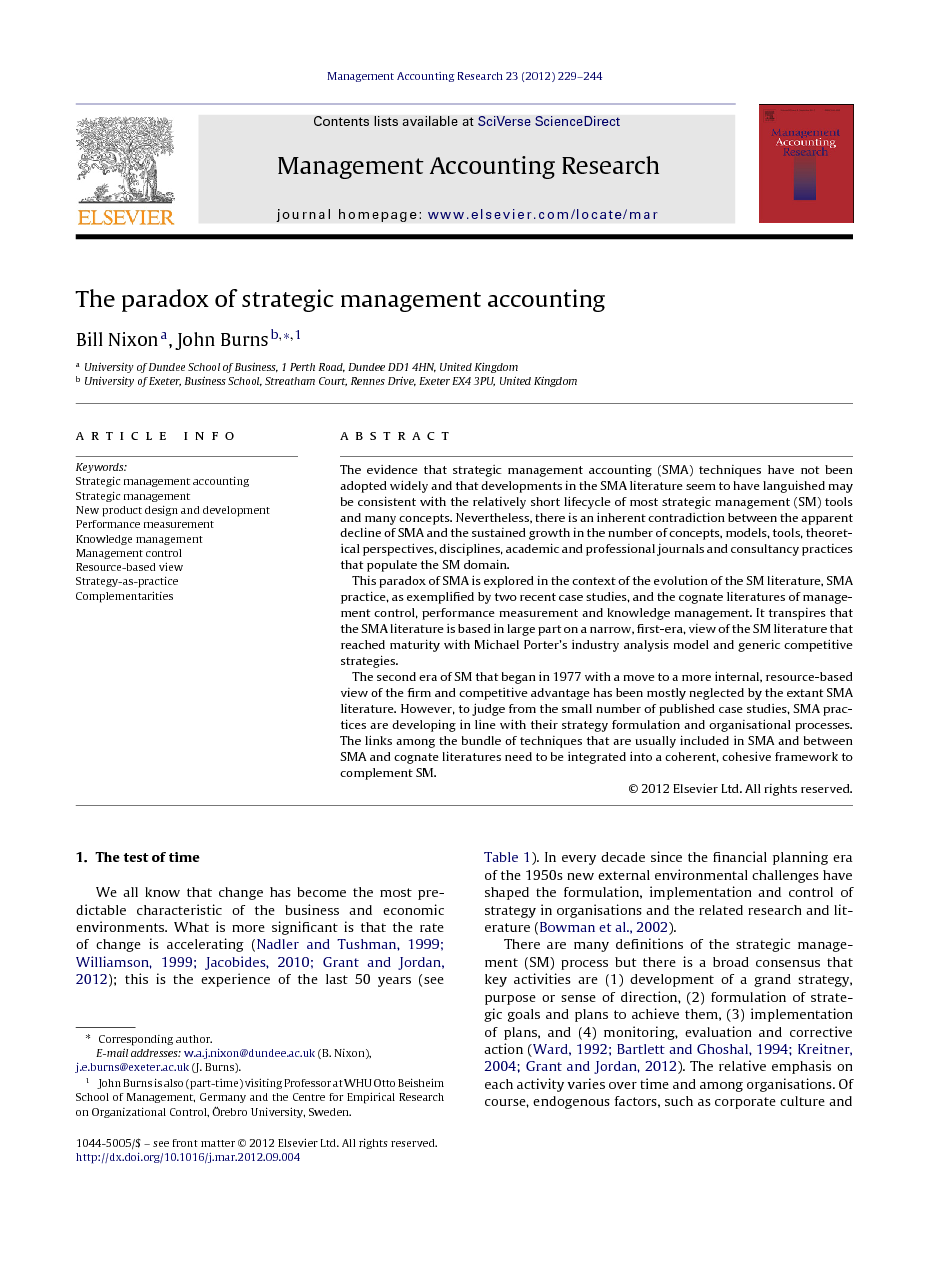 The evidence that strategic management accounting (SMA) techniques have not been adopted widely and that developments in the SMA literature seem to have languished may be consistent with the relatively short lifecycle of most strategic management (SM) tools and many concepts. Nevertheless, there is an inherent contradiction between the apparent decline of SMA and the sustained growth in the number of concepts, models, tools, theoretical perspectives, disciplines, academic and professional journals and consultancy practices that populate the SM domain. This paradox of SMA is explored in the context of the evolution of the SM literature, SMA practice, as exemplified by two recent case studies, and the cognate literatures of management control, performance measurement and knowledge management. It transpires that the SMA literature is based in large part on a narrow, first-era, view of the SM literature that reached maturity with Michael Porter's industry analysis model and generic competitive strategies. The second era of SM that began in 1977 with a move to a more internal, resource-based view of the firm and competitive advantage has been mostly neglected by the extant SMA literature. However, to judge from the small number of published case studies, SMA practices are developing in line with their strategy formulation and organisational processes. The links among the bundle of techniques that are usually included in SMA and between SMA and cognate literatures need to be integrated into a coherent, cohesive framework to complement SM.