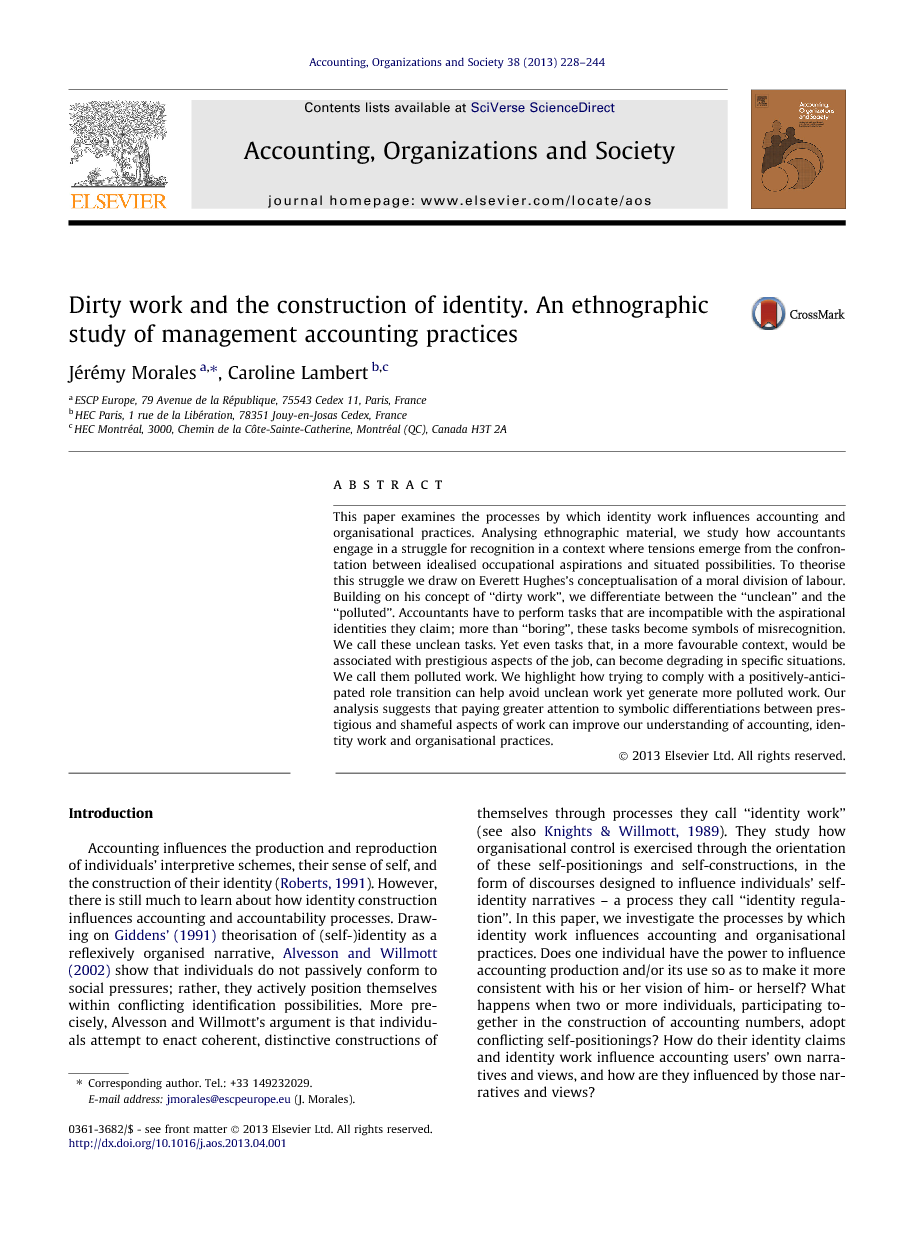 This paper examines the processes by which identity work influences accounting and organisational practices. Analysing ethnographic material, we study how accountants engage in a struggle for recognition in a context where tensions emerge from the confrontation between idealised occupational aspirations and situated possibilities. To theorise this struggle we draw on Everett Hughes’s conceptualisation of a moral division of labour. Building on his concept of “dirty work”, we differentiate between the “unclean” and the “polluted”. Accountants have to perform tasks that are incompatible with the aspirational identities they claim; more than “boring”, these tasks become symbols of misrecognition. We call these unclean tasks. Yet even tasks that, in a more favourable context, would be associated with prestigious aspects of the job, can become degrading in specific situations. We call them polluted work. We highlight how trying to comply with a positively-anticipated role transition can help avoid unclean work yet generate more polluted work. Our analysis suggests that paying greater attention to symbolic differentiations between prestigious and shameful aspects of work can improve our understanding of accounting, identity work and organisational practices.