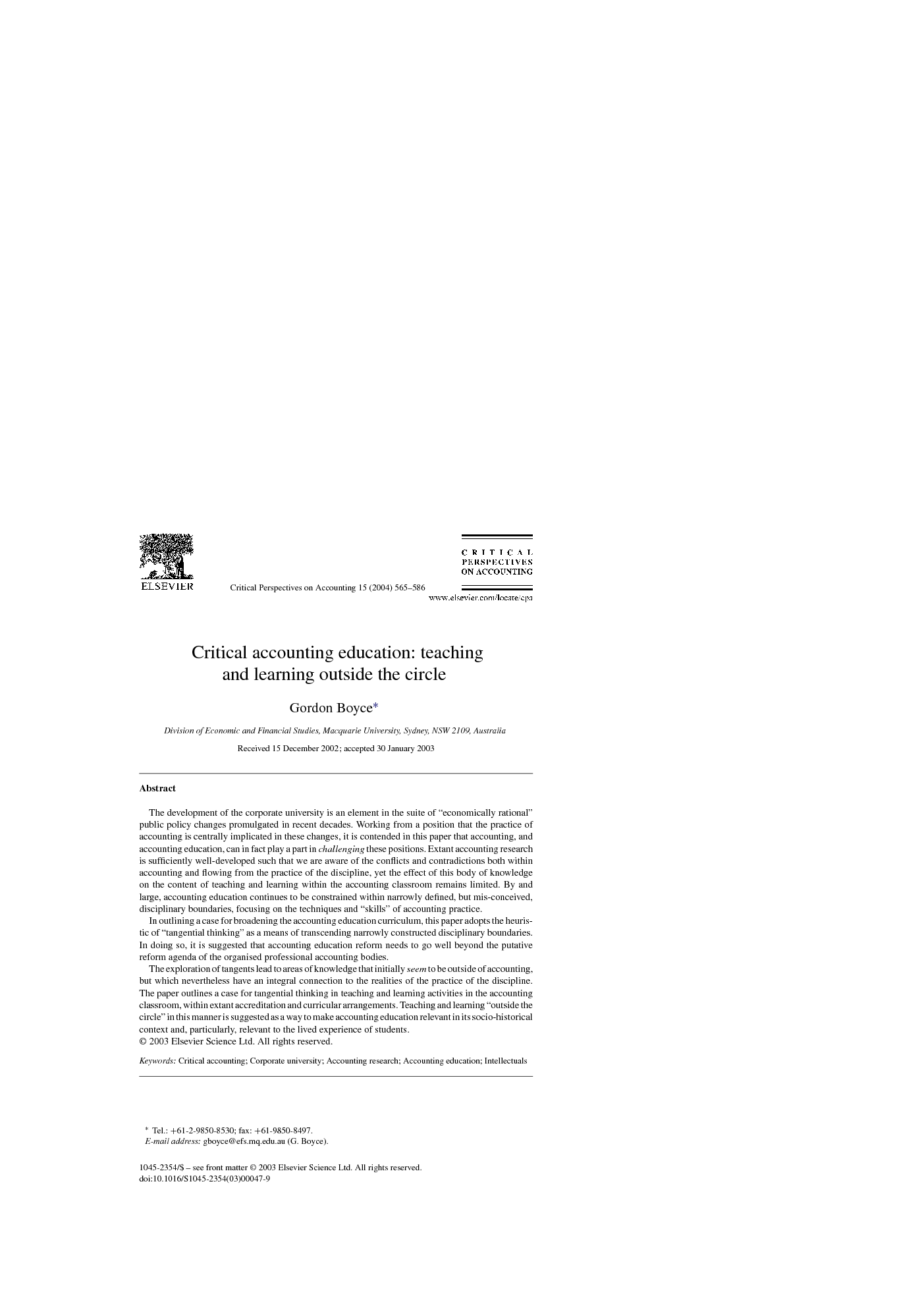 The development of the corporate university is an element in the suite of “economically rational” public policy changes promulgated in recent decades. Working from a position that the practice of accounting is centrally implicated in these changes, it is contended in this paper that accounting, and accounting education, can in fact play a part in challenging these positions. Extant accounting research is sufficiently well-developed such that we are aware of the conflicts and contradictions both within accounting and flowing from the practice of the discipline, yet the effect of this body of knowledge on the content of teaching and learning within the accounting classroom remains limited. By and large, accounting education continues to be constrained within narrowly defined, but mis-conceived, disciplinary boundaries, focusing on the techniques and “skills” of accounting practice. In outlining a case for broadening the accounting education curriculum, this paper adopts the heuristic of “tangential thinking” as a means of transcending narrowly constructed disciplinary boundaries. In doing so, it is suggested that accounting education reform needs to go well beyond the putative reform agenda of the organised professional accounting bodies. The exploration of tangents lead to areas of knowledge that initially seem to be outside of accounting, but which nevertheless have an integral connection to the realities of the practice of the discipline. The paper outlines a case for tangential thinking in teaching and learning activities in the accounting classroom, within extant accreditation and curricular arrangements. Teaching and learning “outside the circle” in this manner is suggested as a way to make accounting education relevant in its socio-historical context and, particularly, relevant to the lived experience of students.